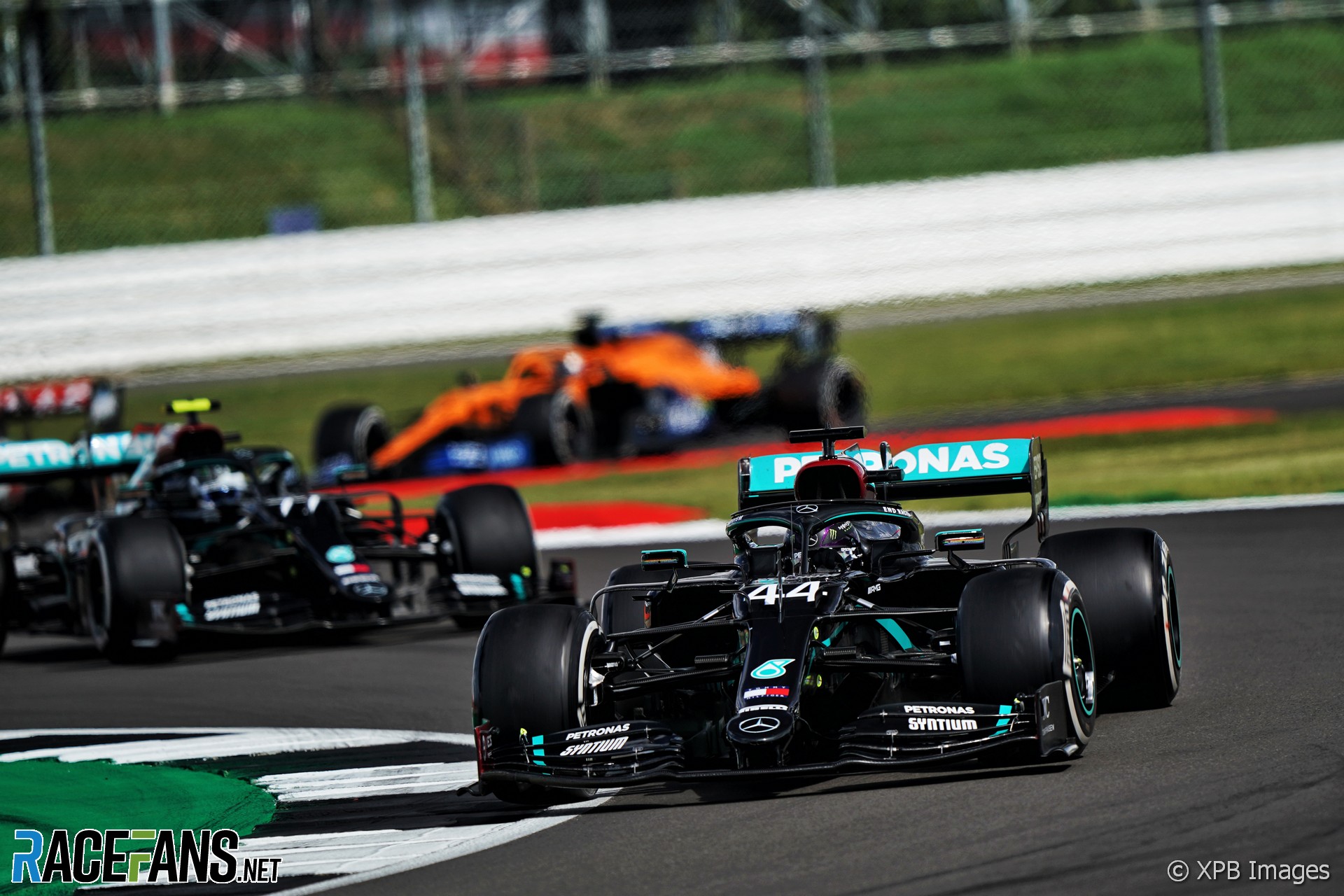 Lewis Hamilton predicts Formula 1’s new Sprint races will fail to entertain, saying he expects to see a “train” of cars in its first running next week.

Formula 1 will introduce the new format at the British Grand Prix next week and use it at two further rounds later this year.

The revised weekend schedule will see qualifying brought forward to Friday afternoon. It will set the starting grid for a 17-lap Sprint race on Saturday, which will award points to the top three finishers and decide the starting order for Sunday’s grand prix.

Formula 1’s managing director Ross Brawn has described the extra race as “100 kilometres of action”. But Hamilton expects it will prove difficult for drivers to overtake at Silverstone.

“It will just be a train, probably,” said the world champion. “Hopefully there will be some overtaking, but most likely it won’t be too exciting.

In a further break from tradition, Formula 1 has stated the official holder of pole position for the weekend will be the winner of the race, rather than the fastest driver in qualifying. Hamilton, who became the first driver to record 100 pole positions at the Spanish Grand Prix earlier this year, said he “doesn’t really have an opinion” about that change.

“We’ll wait and see,” he added. “There’s no point judging it before we even get into it.”

Drivers will have free choice of tyre compounds for the Sprint race. Carlos Sainz Jnr is unsure whether that will make overtaking more likely.

“[Doing] 17 laps on a set of tyres should allow us to push a bit more and have a bit of fun,” he told media on Sunday. “But you guys know that the more we push also it’s tricky to overtake. This is not a secret. So we will see how it turns out.”

Antonio Giovinazzi was more optimistic about how easily drivers will be able to race each other. “It’s only 100 kilometres so not many laps,” said the Alfa Romeo driver.

“I don’t think it will be a problem, to be honest. But we will see, I will tell you on Saturday night in Silverstone.”

How the 2020 and 2021 British grands prix weekends compare