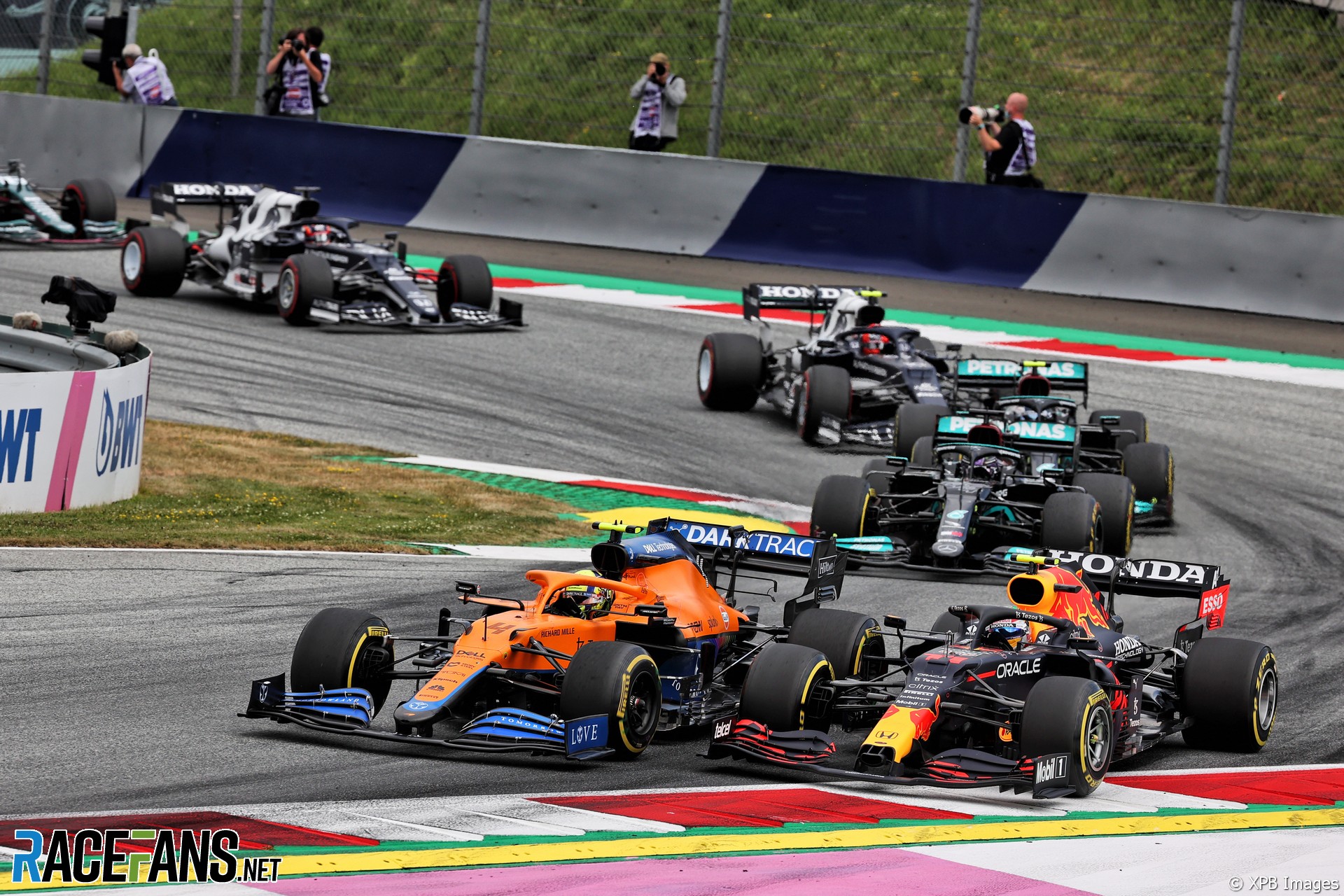 The McLaren driver left the ninth round of the world championship with 10 points on his licence after picking up two for an incident with Sergio Perez. Two more would trigger an automatic ban.

Norris will have two points for a past infringement removed from his licence this week. However he will remain on at least eight until later in the season.

The McLaren driver defended his record, and said penalty points should only be issued for drivers who have committed potentially dangerous acts.

“In my opinion, there should be decisions about when someone’s done something dangerous and put someone in harm’s way and done something that they shouldn’t have done,” said Norris. “And then you have racing and when people have to use common sense.”

The McLaren driver collected three penalty points for an incident during a qualifying session in Baku where he passed the pit lane entrance when the session was red-flagged. Norris was unsure whether to pit, and given his high approach speed did not want to commit to the pit lane entrance, which he insisted was the safe thing to do.

He wants Formula 1 to draw a sharper distinction between genuinely dangerous acts and typical racing incidents.

“Nothing I’ve done is dangerous,” Norris stated. “Maybe in some cases you deserve an on-track penalty because you’ve done something bad in terms of racing and you just made a mistake.

“But then you have things that people do every now and then which are purely dangerous. If you do genuinely overtake in a yellow flag and do something else that’s clearly a rule that will put people in danger then I understand penalty points for a driver and if that adds up you get a driver ban or race ban.

“But for little things like this, it’s stupid in my opinion. It’s not what Formula 1 should be. I would expect and hope that other people would back me up on this kind of opinion.”

No Formula 1 driver has ever accrued enough points to earn a one-race ban. However Mahaveer Raghunathan did so twice in 2019 in Formula 2.