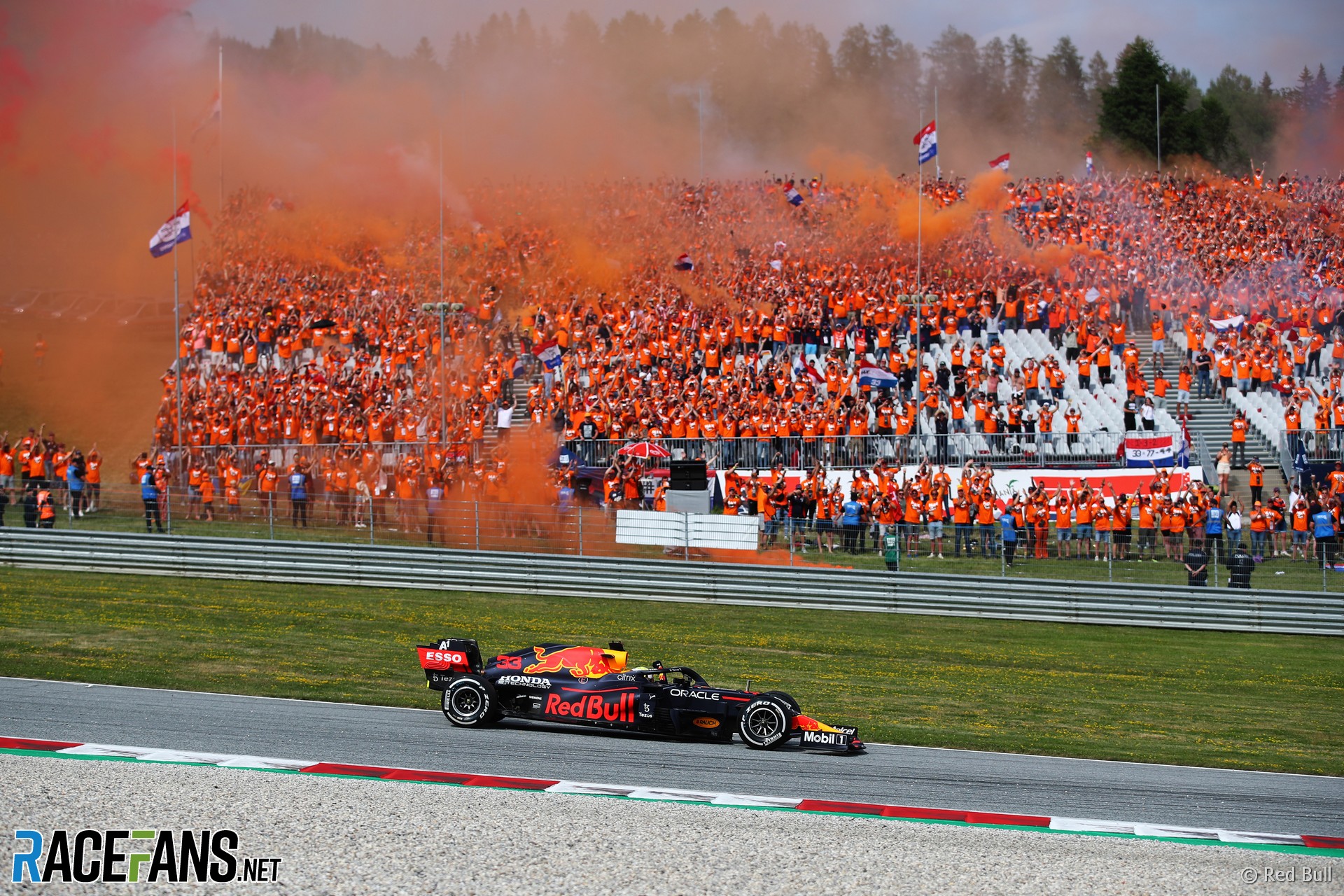 Max Verstappen’s crushing win was cheered by a huge contingent of Dutch fans as Formula 1 welcomed its biggest audience since the pandemic began.

If travelling to Spielberg from my weekend digs in the Styrian mountains on the first two days was a doddle – a 30-minute drive – Saturday brought a shock: There are more yellow-plated cars Dutch about than I saw Austrian registrations on working day. Clearly the circuit will be packed; so it turns out: around 40,000 (mainly orange-clad) fans turn up.

Upon arrival I receive a message that Lewis Hamilton has signed a two-year contract extension – which expires with that of team boss Toto Wolff’s deal. I ask Wolff whether that’s coincidental – he says he’ll remain a (33.3%) shareholder in the team after leaves the day-to-day role.

I set about gathering comments about the beefed-up rear tyres earmarked for Silverstone, evaluated here on Friday and Saturday. While team reaction is positive – most indicate there is little difference performance-wise, but welcome the reinforced sidewalls – the tyres still require FIA sign-off. This will be a formality as they are to be introduced under the auspices of ‘safety’, which requires no team vote.

I grin when I’m told that in the past any in-season change of tyre construction required team approval, but after they raised questions about safety in Baku the teams backed themselves into a corner in this regard. In F1 what goes round eventually comes around.

For my usual trackside outing during final practice I head for a vantage point outside the turn six-seven-eight complex and thus opposite the ‘Max Verstappen’ grandstand. The cheering, whistling and flag-waving is simply wonderful to behold, and I can only hope that Silverstone has a similar atmosphere.

During my rounds I meet briefly with the Hungarian promoter who tells me a capacity crowd has been approved by the government for the final race before the summer break. Ticket sales are strong but late approval means they got off to a slow start. Still, with the on-track tussle between Verstappen and Hamilton the Hungaroring should sell out soon. Three full races in a row – great news all round.

The big off-track event of the day is, of course, the engine summit attended by F1’s top managers and their power unit counterparts at Mercedes, Ferrari, Renault and Red Bull, with Dietrich Mateschitz – owner of two teams and the circuit at which we are racing this weekend, and whose company takes over Honda’s intellectual property after the Japanese company departs – attending his first power unit summit.

Held at his Steirer Schlosshotel, the summit was called by the FIA to discuss the broad framework for the 2025-onwards power unit regulations. Hopefully more news about what was a ‘closed’ meeting next week.

After the post-qualifying media sessions I head for the car park and my guesthouse, with my route taking me past a number of campsites and party areas where much merriment is in evidence. Indeed, I wonder how many Dutch fans will nurse massive headaches after this weekend, particularly if Verstappen wins as expected… 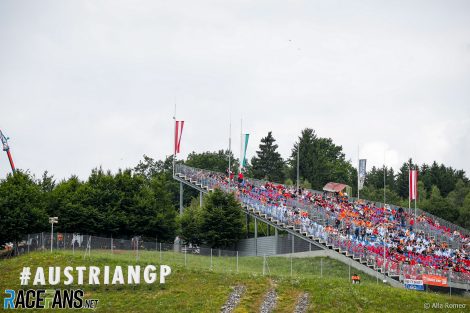 I love race day: the closer one gets to the circuit, the crisper the atmosphere. Sport really does heal downcast spirits, and elite sports all the more so. As I turn into the circuit fans throng the gates, brandishing pens, programmes, t-shirts or anything with driver (or team) connections at the passing cars in the hope they are ferrying drivers prepared to attach scribbles to whatever is waved. All are united by their love for the sport.

During my morning wanderings I meet with Travis Krause, Red Bull’s global head of motorsport media, who explains some of the brand’s strategies. Motorsport owes all sponsors a debt of gratitude, but Red Bull more than most. Indeed, I doubt whether any other company invests more in global motorsport than does the Austrian brand.

After a hurried but excellent lunch – vegetable spaghetti bolognese followed by crème brûlée – in the media centre I prepare for the main event. Following my trackside visit I decided to deviate from my usual modus operandi of following the race from the media centre and request a tabard to watch the opening laps from turn one. Permission granted, I headed for a vantage point above the large ‘Austrian GP’ sign.

It’s a simply wonderful experience, one which transports me back to my first F1 visit – Kyalami in 1971. It was then that my deep love for the sport was consolidated – I’d followed it via magazines and books – and as I watch the field jockey for advantage after the start I realised how much atmosphere (and noise) we sat in sterile working areas actually lose. I promise myself that in future I’ll try to get out at least once a year.

The post-race media sessions bring another step towards normality. Race director Michael Masi makes his first ‘personal appearance’ for the media since Abu Dhabi 2019, the Australian having since then provided comments via audio. While Zoom et cetera are all very well, for authenticity nothing beats grilling someone in person, in turn enabling us to bring you better coverage. It proves timely after a race packed with acrimony – indeed, the stewards are still deliberating some incidents when we speak.

After Masi’s session I pack and depart the circuit: for Munich, from where I fly to Nice on Monday to attend the FIA’s annual conference: president Jean Todt’s last as he steps down in December after three four-year terms. I expect the candidates for global motoring’s top job – Emirati Mohammed bin Sulayem and Briton Graham Stoker – to lay out their stalls over the next four days.

The trip from the circuit is a less welcome return to ‘normality’: the capacity crowd – I’m told over 130,000 visitors were counted over three days – is heading home, and the traffic jams are simply horrendous. Still, it’s been great to have fans back, and none are more passionate than the Dutch – provided Verstappen wins.

Editor Keith will be at Silverstone due to the complexities of Covid regulations, but I’ll be back on site for the Hungarian round, take good care until then.