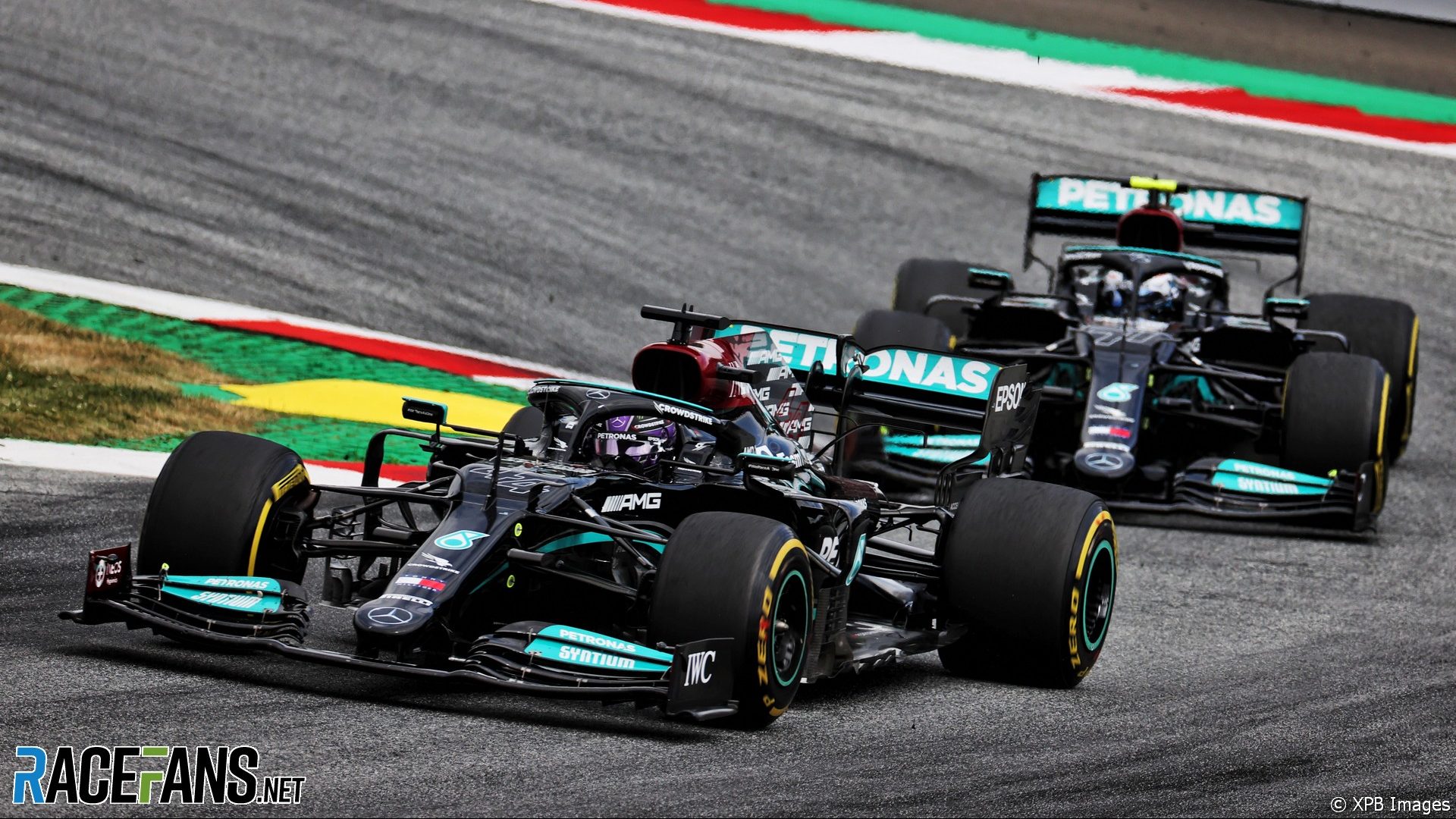 Mercedes estimate the damage Lewis Hamilton’s car sustained during yesterday’s Austrian Grand Prix cost him as much as seven tenths of a second per lap.

Following Hamilton’s first pit stop race engineer Peter Bonnington told him: “We may have picked up some damage to the rear-left aero surfaces.”

“Yeah, the rear doesn’t feel good at all,” Hamilton replied.

The team believe Hamilton incurred the bodywork damage shortly before he made his first pit stop at turn 10. “There’s a pretty aggressive kerb,” team principal Toto Wolff explained. “But we didn’t see that there was a driving mistake, it was pretty much the load that occured and we need to analyse why that was.”

Mercedes intended Hamilton to complete the race with a single pit stop, but it soon became clear the damage he had suffered meant that wouldn’t be possible. “There was quite a loss in performance, and that meant he was pushing the tyres in a direction that wouldn’t have made it to the end, probably,” said Wolff. Mercedes brought him in for a second pit stop for fresh tyres and to adjust his balance to compensate for the damage.

The team’s head of trackside engineering Andrew Shovlin described how much Hamilton lost as a result of the damage. “The downforce loss was around six or seven tenths but as it was all from the rear, the balance become difficult and we were damaging the rears with sliding.”

Hamilton believes he would “easily” have finished second without the damage, a view Shovlin backed in an interview after yesterday’s race. “We had damage on Lewis’ car with some deterioration of some of the aero bits on the rear cake tin and that cost him a lot of performance, which ultimately was what dropped him from second to fourth.”

“So overall, a bit frustrating really, both from a performance point of view and and the fact that we need to keep the car in one piece,” Shovlin added.

44 comments on “Hamilton’s bodywork damage cost him up to 0.7s per lap – Mercedes”