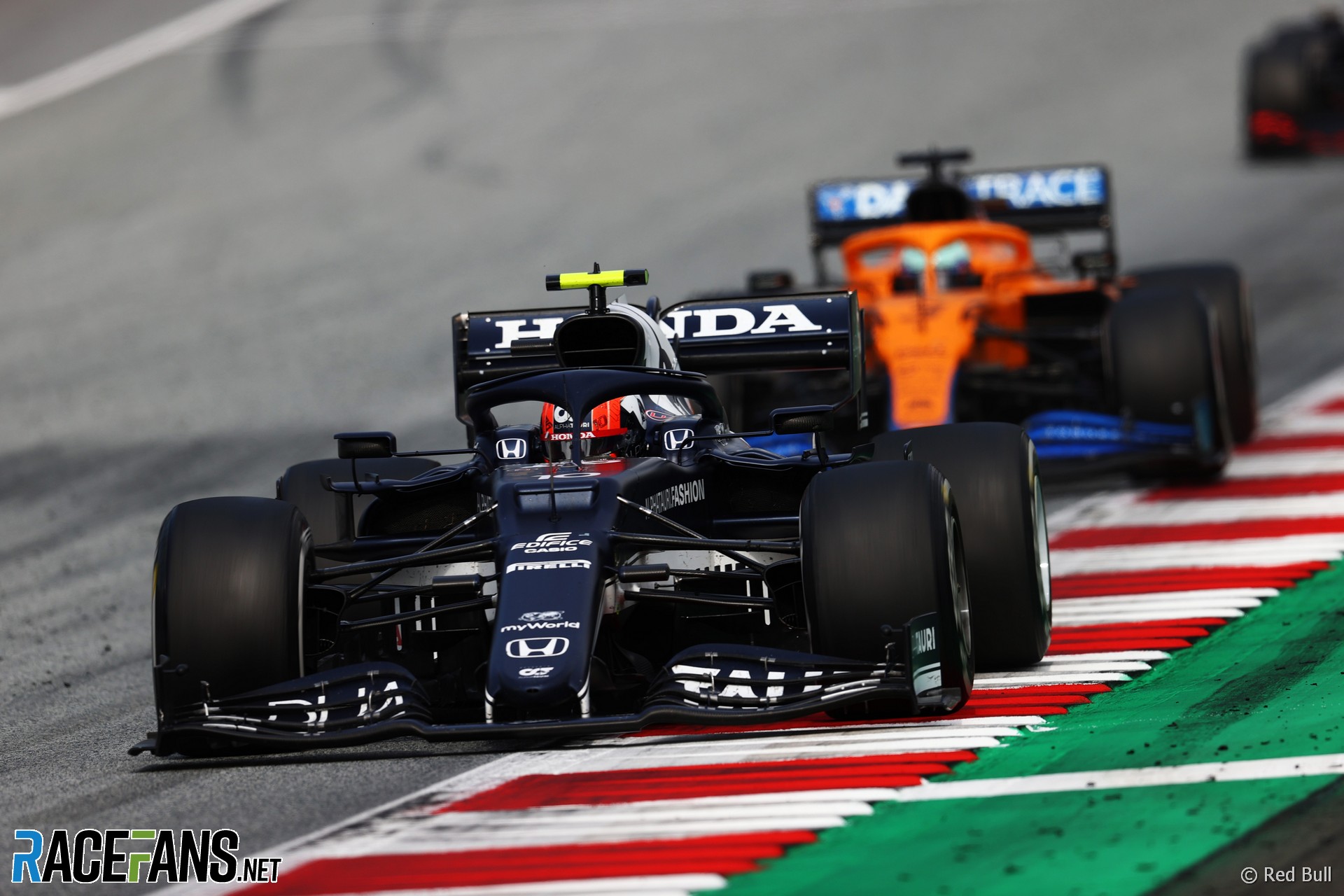 Pierre Gasly believes the decision to use a two-stop strategy for the Austrian Grand Prix cost AlphaTauri a stronger result than the ninth place he came away with.

Only the Mercedes, Red Bulls and McLarens Lando Norris outpaced Gasly on Saturday. The AlphaTauri driver was just 0.058 seconds slower than Bottas in qualifying.

Unlike those ahead, Gasly started on the softest tyre which degraded quickly, forcing him to make two pit stops. As a result he fell from fifth down to 18th early on. Despite strong pace, his time in traffic meant he was jumped by the one-stopping Ferraris and McLaren’s Daniel Ricciardo by the finish.

“We thought we will probably benefit a bit more from this two-stop, and it turned out that it was not ideal,” Gasly conceded.

“Looking at the Aston Martin on the same strategy, looking at Yuki [Tsunoda] and myself, we seemed to struggle a bit more. But we still came really close to the Ferraris, which had a very good race pace last weekend.”

“I think it’s still a good day but came really close to Charles. I would have liked to try something, but unfortunately I missed a lap.”

The decision to start on the softs meant Gasly had to pit after 13 laps, one more than team mate Tsunoda. AlphaTauri committed to the strategy after Friday practice as they ruled out a one-stop race starting on the medium tyre.

“We had to commit Friday night. We didn’t feel like we had the pace to do it [on medium]. In terms of strategy we need to look at the numbers and see our approach of the weekend.

“But McLaren made it work, Daniel [Ricciardo] starting from P13, managed to come back quite well with the one-stop. So there were some positives clearly to do the one-stop, but we’ll have to revise it.”

Gasly said he tried to extend his opening stint to make a one-stop strategy viable. “After five laps I was already really struggling with the rear. I tried to extend [but it] wasn’t really the tyre to race on, so that’s why we switched quite early on on the hard tyre.

“Obviously you come through traffic so you lose a bit of lap time here and there. But at the end, the last stint was really strong coming back on the Ferraris and the McLarens so at least it was a positive.”