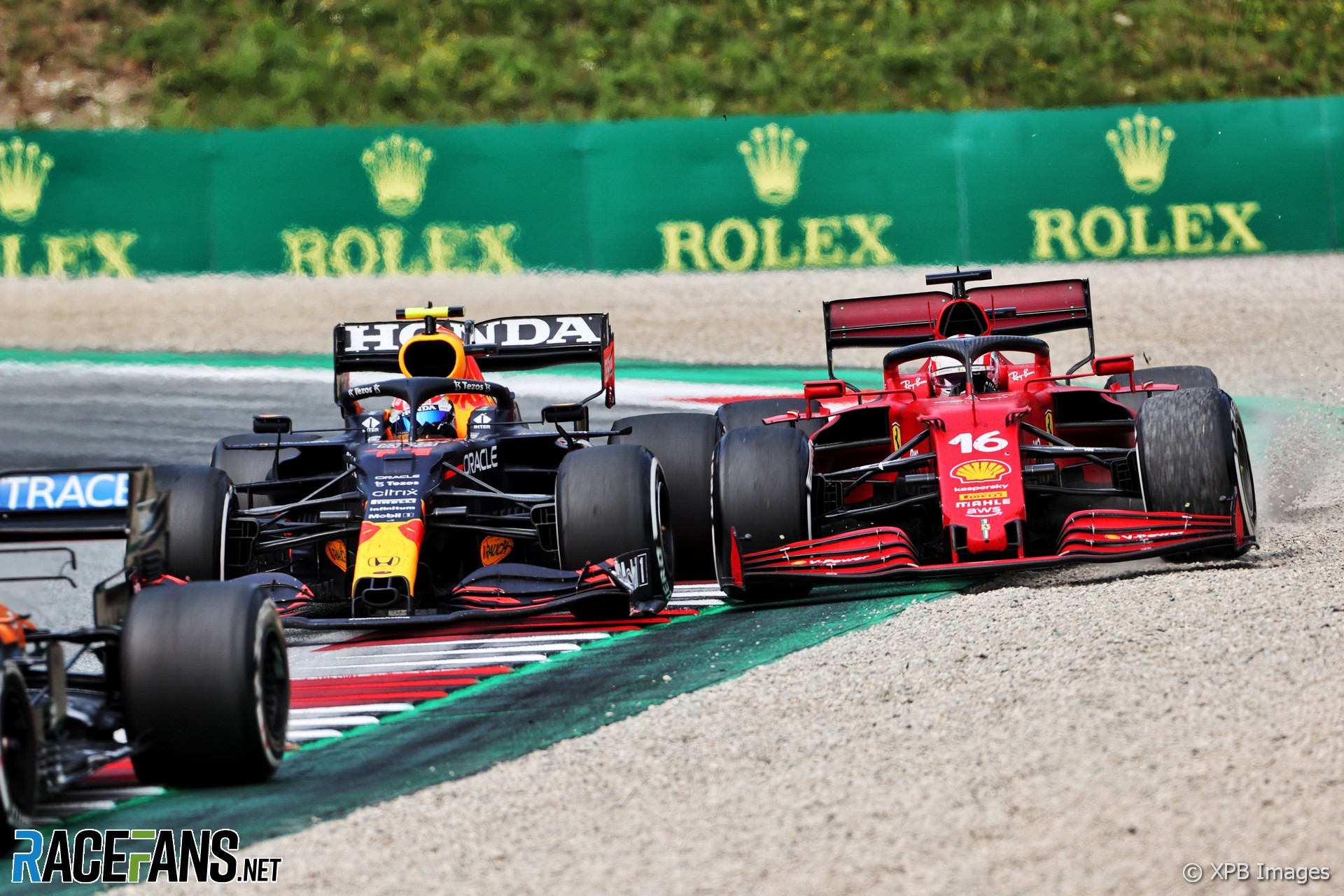 Red Bull team principal Christian Horner is concerned by the precedent set by the penalties given to Sergio Perez and Lando Norris in yesterday’s Austrian Grand Prix.

The pair were given five-second time penalties for incidents in which rivals went off while trying to overtake them on the outside of corners.

FIA Formula 1 race director Michael Masi insisted that in all cases the drivers trying to overtake had earned the right to be left room by the car ahead. Horner disagrees, and said if the bar is set too low for the attacking driver, it may lead to more drivers pleading for penalties by running wide at corners.

The Red Bull team principal likened the potential situation to football players pretending they had been fouled by a rival in order to win a penalty kick.

“You don’t want the equivalent of footballers taking a dive,” said Horner. “I think we need to avoid that.

“It’s incredibly difficult – because we talk about these things very often – and difficult for the race director. But I did feel that maybe today the incidents that we did see could have been leant to more ‘racing incidents’ than being deserving of penalties.”

Masi confirmed both Red Bull “immediately” asked for the stewards to investigate the incident between Norris and Perez, and Ferrari did the same for the two incidents involving Leclerc.

Norris was given his penalty after Perez went off at turn four. Perez was later penalised for two similar moves on Charles Leclerc. Horner said Perez recovered well from the setbacks.

“I think he knew that it was going to be very hard to pass Lando because they were so quick on the straights. So he was trying to get the move done quickly. And obviously it was a shame at that point to lose your buffer with Mercedes.

“Then he picked up another couple of penalties with Charles. But I think once he managed to get himself past Daniel [Ricciardo] and into clear air, then he drove incredibly well and got his head down and built that 10 seconds by the end of the race to Daniel.”