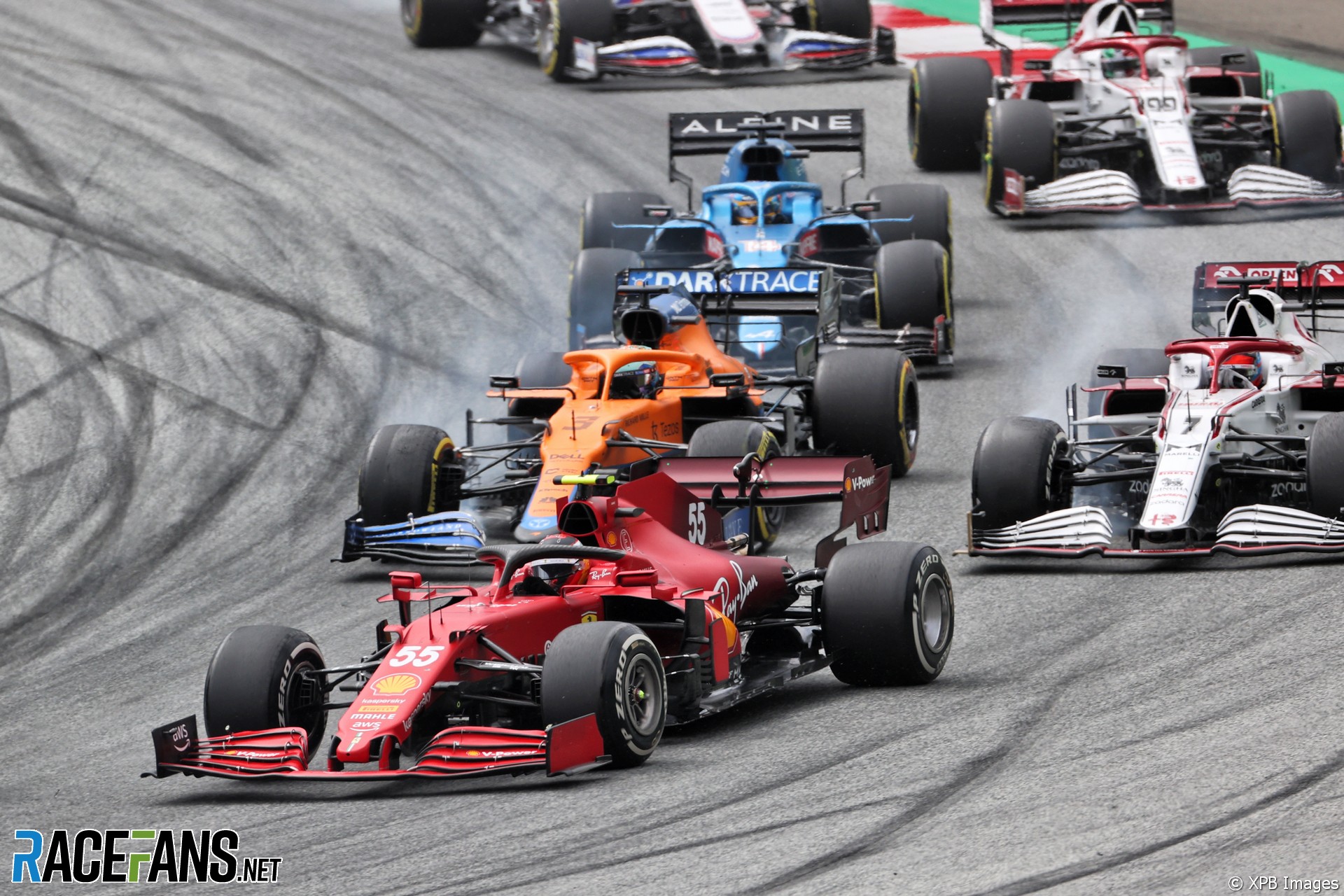 Fernando Alonso says he lost out at the start of the race for the second weekend in a row because he obeyed track limits.

The Alpine driver said Charles Leclerc and Daniel Ricciardo overtook him by leaving the track at turn one on the first lap. Alonso previously complained the same thing happened to him one week earlier at the Red Bull Ring.

“We raced two times here in two weekends and I was the only one overtaking cars at the start, braking very late for turn one on the inside,” he explained after the race on Sunday. “I overtook Ricciardo and Leclerc this time and they went off-track the exit of one and they exit in front of me.

“Even more than that, they take the run into the next car in front from the slipstream into turn three. So I don’t know, I felt that was very unfair today, again.

“It was last weekend but today I was into turn one in front of Charles and Ricciardo and I exit turn one 50 metres behind Ricciardo. And I was the only one making the corner. So you feel a little bit stupid.”

Formula 1’s sporting rules are often interpreted more generously at the start of a race, but Alonso does not believe that excuses Leclerc and Ricciardo’s use of the turn one run-off.

“It’s written and it’s quite clear that on the first lap, they are a little bit more flexible on penalties and track limits because we are fighting. Sometimes you are forced to go outside the track because you are fighting and you are forced by another car and you take the run-off area.

“But it was not the case. It was just a pure performance decision to go outside and to keep the throttle on. It was no one side-by-side. So I don’t think that is a grey area. It was quite clear.”

The race director Michael Masi said the stewards were aware of Alonso’s concerns and looked at the incident, but felt Ricciardo and Leclerc acted correctly.

“One of the things that we’ve said, and this came about since Paul Ricard in 2019, was that on the first lap and those first couple of corners, if it exists, that a car needs to be back behind the car it entered the corner behind.

“We looked at the incident which Fernando was referring to and from the angles that we could see at the time, that was exactly what had occurred.”