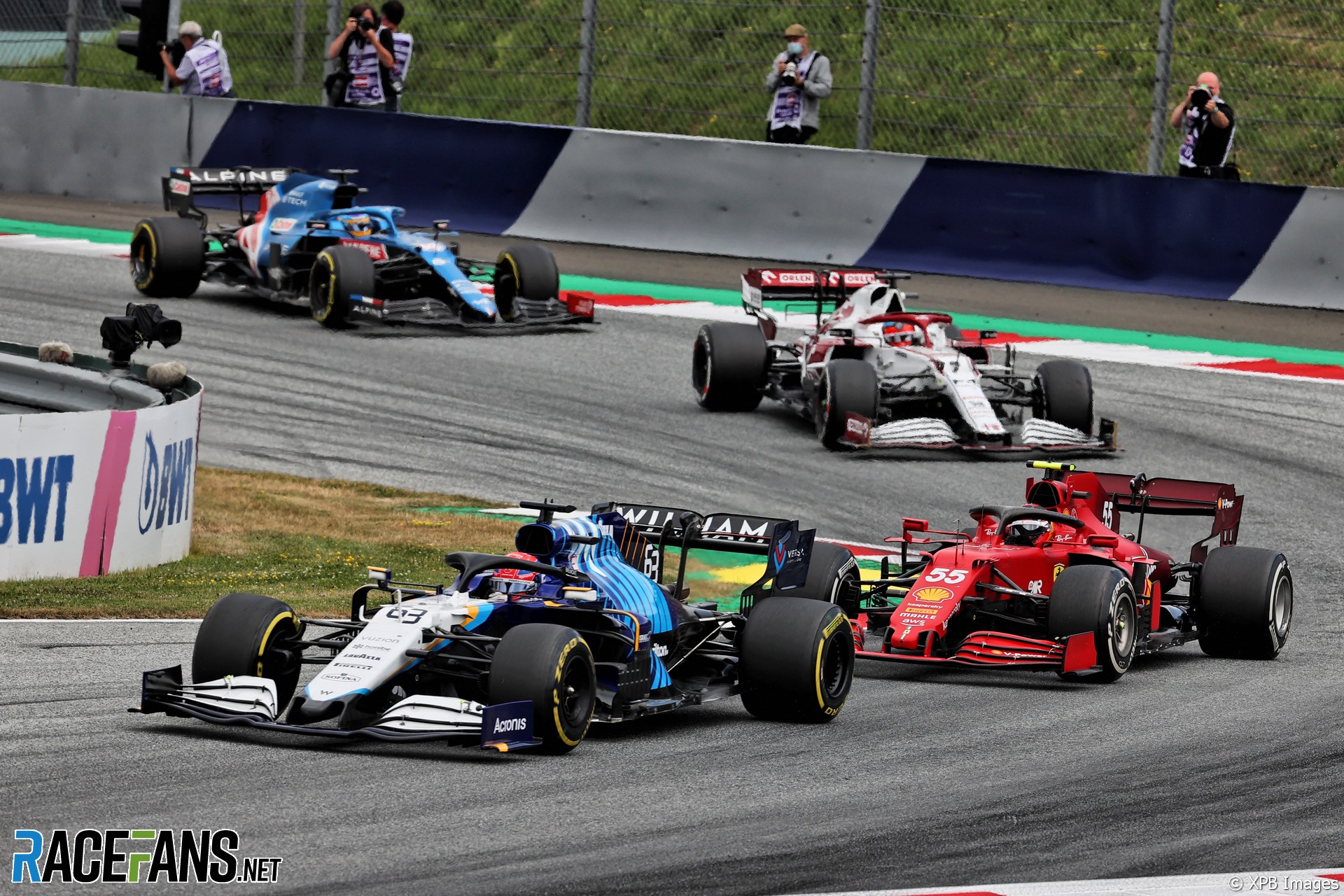 Alfa Romeo says their qualifying gains are enough to challenge many of the midfield teams, but are struggling to contain the threat of Williams’ George Russell.

At the Austrian Grand Prix, Russell made it to Q3 for the first time this year and started eighth. The highest place an Alfa Romeo driver has qualified in 2021 is 10th.

A first-lap pit stop for Antonio Giovinazzi and a last-lap crash for Kimi Raikkonen meant both Alfa Romeo drivers finished behind Russell in Austria. Raikkonen ran as high as sixth at one stage but most of his first stint was spent sitting behind Russell.

Xevi Pujolar, Alfa Romeo’s head of trackside engineering, commented on the team’s inability to beat a car they knew they could have been ahead of.

“In qualifying, I have to say that Russell is quite especially doing a very good job in qualifying, and we just need to work harder and match it or do better. But overall, I will say that in the race we were generally better in terms of pace.”

Alfa Romeo need to wring everything from their package to challenge Russell and their other midfield rivals, said Pujolar.

“Here is a specific track and Silverstone will still not be easy. But you can see that last weekend and this weekend, we can fight with them, we can race them.

“Not only Russell, but we can fight here with with Alpine, with Aston Martin, and even one of the AlphaTauris. So everything is very tight.”

Williams’ team principal Jost Capito, who has previously worked with Raikkonen as well as Russell, and is impressed by his driver’s ability to get ahead of their rivals.

“The expectations were high [for Russell] especially after last year,” he said. “And I think he fully delivers according to the expectations.”

Russell’s average qualifying position this year is 13.5, putting him ahead of Raikkonen and AlphaTauri’s Yuki Tsunoda and only just behind Giovinazzi. Alfa Romeo have previously said their “big step forward” this year hasn’t been reflected in their results.

22 comments on “Alfa Romeo: We have better race car, Williams have Russell”