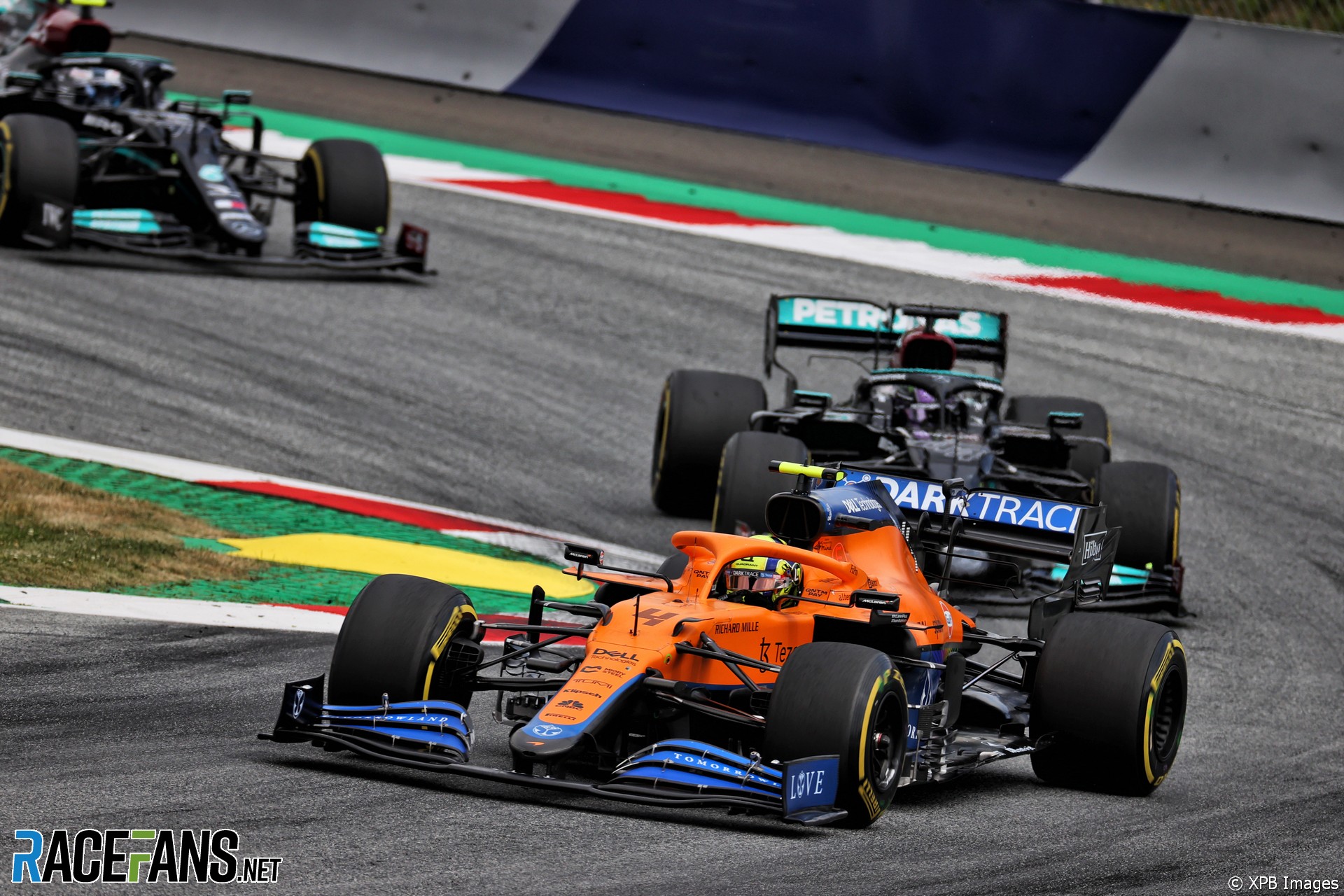 Toto Wolff says Mercedes’ drivers had the pace to race against Max Verstappen in the Austrian Grand Prix were it not for Lando Norris starting the race ahead of them.

Red Bull’s Verstappen and McLaren’s Norris qualified on the front row, while Mercedes’ Lewis Hamilton and Valtteri Bottas line up fourth and fifth.

Norris kept ahead of the Mercedes through the first quarter of the 71-lap race. Hamilton overtook him on lap 20 and Bottas got by when they both made their first pit stop. While Bottas showed Verstappen-rivalling pace, Hamilton slowed with damage and fell back to fourth behind the McLaren again.

Wolff saw the positives for his team on an afternoon when Verstappen scored an emphatic victory. “I think it is a good result because I think if we wouldn’t have been stuck behind the McLaren at the beginning, where we lost chunks of time, we would have been racing him,” he said.

“You can see that particularly also with Valtteri’s pace once Lewis lost downforce. The pace was there, there was never any risks from the back. So in a way, that Sunday was much better than last Sunday in what we would expect in terms of performance of the car.”

The damage to Hamilton’s car cost him “about 30 points” of downforce, said Wolff, which led to him “pushing the tyres in a direction that wouldn’t have made it to the end”.

As Hamilton lost performance, Bottas closed in but was initially told to hold position behind his team mate. Mercedes were evaluating “whether it was possible that Valtteri could have protected against Lando”, said Wolff. “But that wasn’t possible”.

Once Bottas passed his team mate, he sat a few seconds ahead of Norris and was the highest-placed finisher on the one-stop strategy. Hamilton later made a second pit stop for fresh tyres and a balance adjustment to mitigate the effects of the damage.