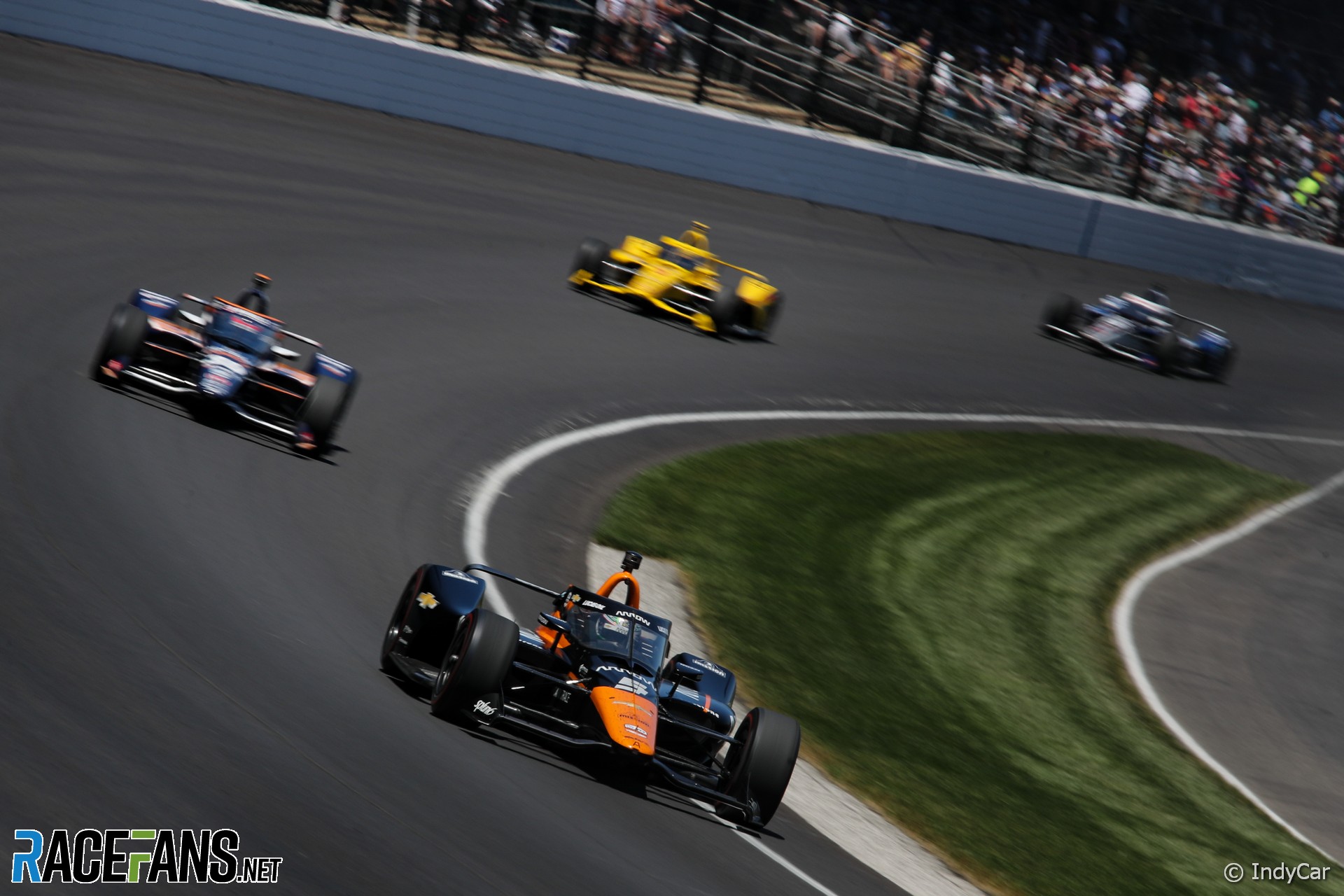 Despite leading 17 laps of the Indianapolis 500 and finishing fourth, Patricio O’Ward admitted McLaren SP weren’t quick enough to to win on Sunday.

“We were in the fight all day,” said O’Ward, who first took the lead on lap 78 and was in contention with leaders Helio Castroneves and Alex Palou until the end. “I think we had a perfect race, we just weren’t fast enough in the end.

“When they let us loose, I couldn’t quite catch Álex and Hélio. We’ve got work to do for when we come back next year.”

Simon Pagenaud relegated O’Ward to fourth place on the final tour. “Obviously it burns a little bit to lose the third position in the last lap,” said O’Ward, “but I was trying everything I could to try and win this thing for the Arrow McLaren SP team.

“We will come back next race and hopefully do better. We should be very proud of the work we did but there is definitely more to be done.”

Taylor Kiel, the president of McLaren SP and strategist for O’Ward, felt his driver had done well to steadily move up from 12th on the grid.

“Pato had a great car from the beginning,” said Kiel, “we had a really good pit stop on the first yellow [on lap 32] that jumped us up into the top seven or eight cars and from there it was just a constant progression to the front of the field..

“He was strong all day and it certainly was not the ending we would have liked. I think we did everything as a team to put ourselves in a position to have a shot at the win. We just couldn’t catch the two guys in front of us so that was disappointing and obviously lost a spot on the last lap to finish fourth.”

One comment on “We weren’t fast enough, O’Ward admits after losing third on last lap”