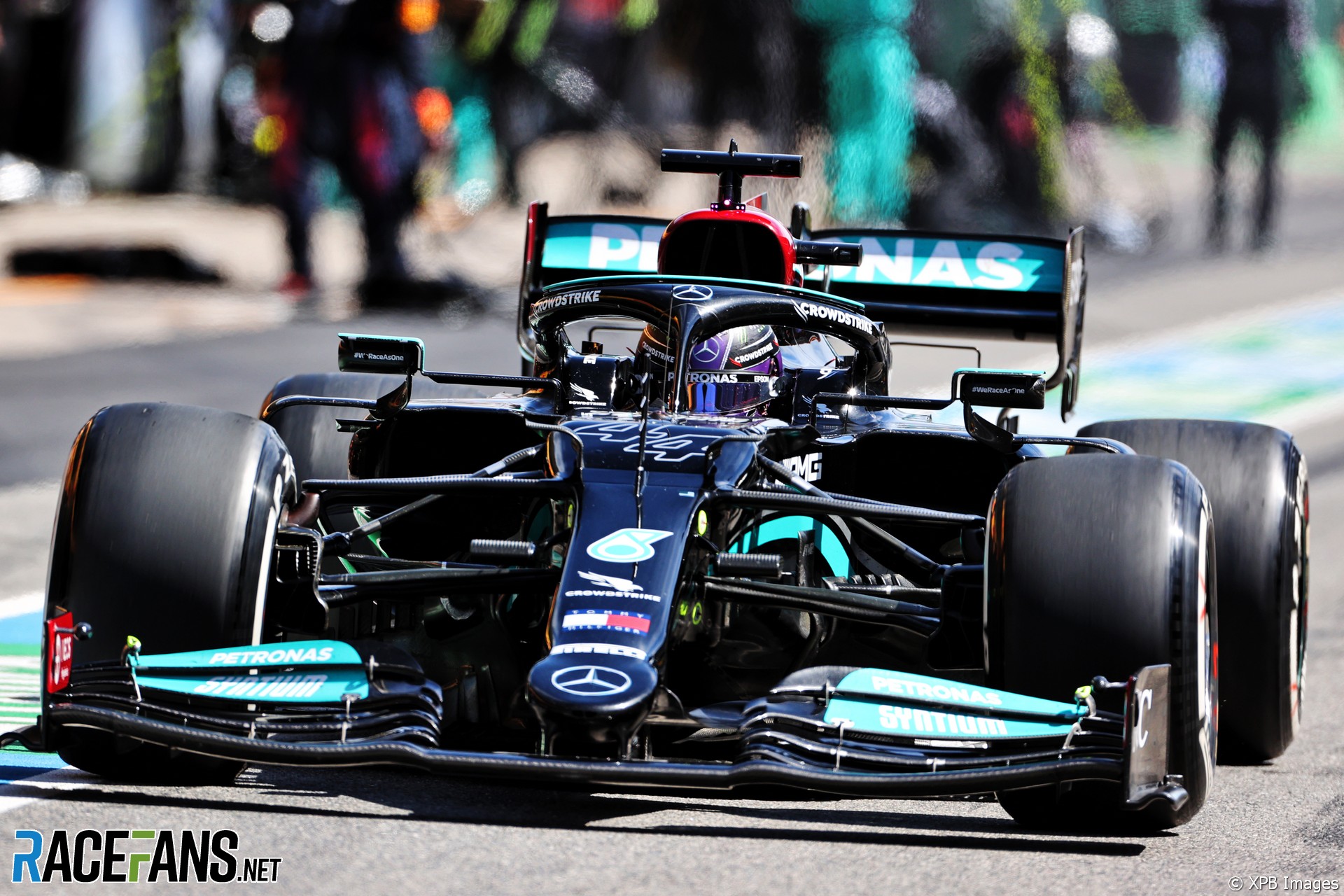 Lewis Hamilton changed his opinion about Pirelli’s choice of tyres for the Portuguese Grand Prix following his victory in Sunday’s race.

Following practice at the circuit on Friday the Mercedes driver said Formula 1’s official tyre supplier had been too conservative with its selection for the race at the Autodromo do Algarve.

“It feels like we’ve come with too hard a compound in my opinion,” he said after the first two practice sessions in Portugal. “I think it should have been mid-range, C3 [and] C4.”

However speaking after his victory in the race, in which he ran the medium and hard tyres, Hamilton said the more different construction Pirelli introduced for 2021 had made for better racing.

“So you can push every single lap and I think that’s great, because there are races we’ve been in the past where we have to do a lot of lift-and-coasts, slow down to make the tyre go the distance.”

“So I think it was the right tyre for this weekend,” he concluded.