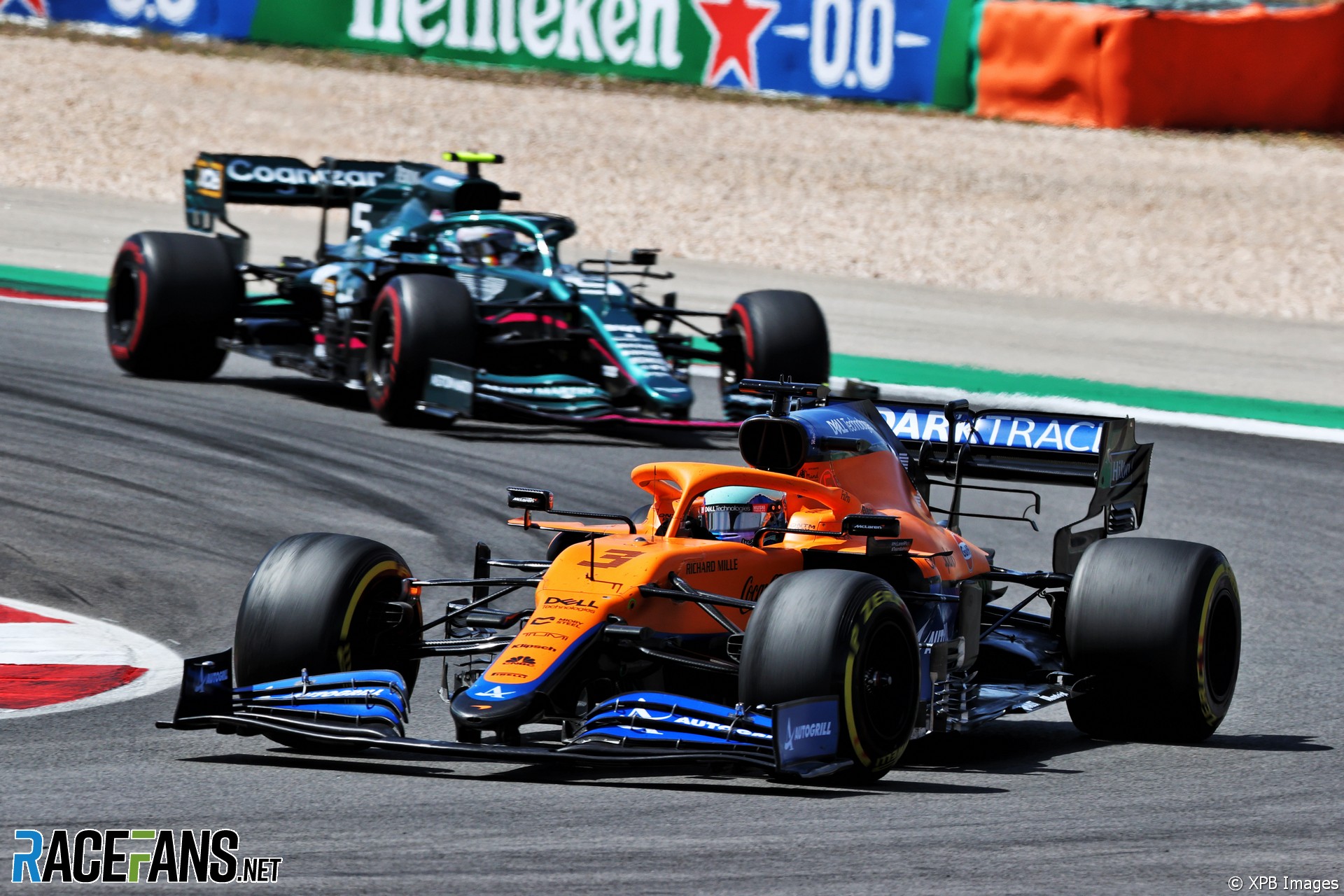 Daniel Ricciardo says his recovery drive in the Portuguese Grand Prix helped him understand how to improve his performance in the McLaren.

The extent of the challenge he faces in adapting to his new team was made clear in qualifying, where he was eliminated in Q1 and lined up 16th on the grid.

But after recovering to finish ninth in the race, four places behind team mate Lando Norris, Ricciardo felt he had done the best he could on the day. “I’m happy with today,” he said after the race. “It was kind of all I could ask for, my best thing today was always going to be a recovery.”

Ricciardo said his performance in qualifying was “not acceptable” and that both he and his team had learned from it.

“Whether it’s tricky or what, I still obviously hold myself to high standards, and even with a few mistakes, I still shouldn’t be out in Q1. So that was for me to deal with.

“I think the team also dealt with it well. They appreciate that the car is not probably doing everything I want it to do. So they kind of put their hand up as well.

“But that one I’ll take, obviously, I just always expect more. Today was better.”

He admitted he “woke up a little frustrated” on Sunday and “wanted to have a bit of a forceful race.

“I think the first lap was good, I took a few chances and it paid off and it was fun.”

Ricciardo felt happier with the performance of his car in the first stint, on medium tyres, compared to his later run on hards.

“There were times on the medium which showed really good pace and I think there was some some good promise there. Then on the hard, at the end, it was a little tricky but we still managed hold on in the points.

“But [we] didn’t have the pace of Alonso, his pace was really, really something on the hard.”

The race also revealed some potential new set-up improvements to help the car suit Ricciardo’s driving style better. “The clean laps I did, I was happy, but there’s still mistakes during the race and most of the mistakes came from the same thing,” he explained.

“I’m not convinced it’s just updates that will help, but I think actually just set-up I can help myself in that area,” he said. “So it’s probably something I’ve just missed the first few races.

“I think I can probably just change a little bit the set-up to help me in this area. So I’m kind of optimistic looking at Barcelona.”

The areas for improvement include “a bit of locking [brakes], then sometimes it’s losing the rear, but there’s a fine line, I guess.

“There’s a period in the entry phase [to a corner] where the car is on a knife-edge and I feel like there’s probably a set-up solution where I can just open that and not be on such a knife-edge because it is really sensitive.

“I think Lando is certainly able to say drive around that better than me at the moment and probably to fast-track my learning, I can just try something with set-up the opens that window and it’s probably with suspension or something like that.”

Ricciardo said he had been trying to not move his own set-up too far away from his team mate’s. “Definitely after Bahrain and Imola, I had a clear direction for the team as far as updates and to feedback to aero like, ‘okay, this is where we need to improve the car looking forward’.

“But I still wasn’t sure what I want currently in the car and how I want to set up the car,” he said. “We’re trying not to go too far away from Lando because obviously he’s on top of it and driving well. But I think today I learnt a few things that maybe I can start to set it up to suit me and see how that goes in Barcelona.”