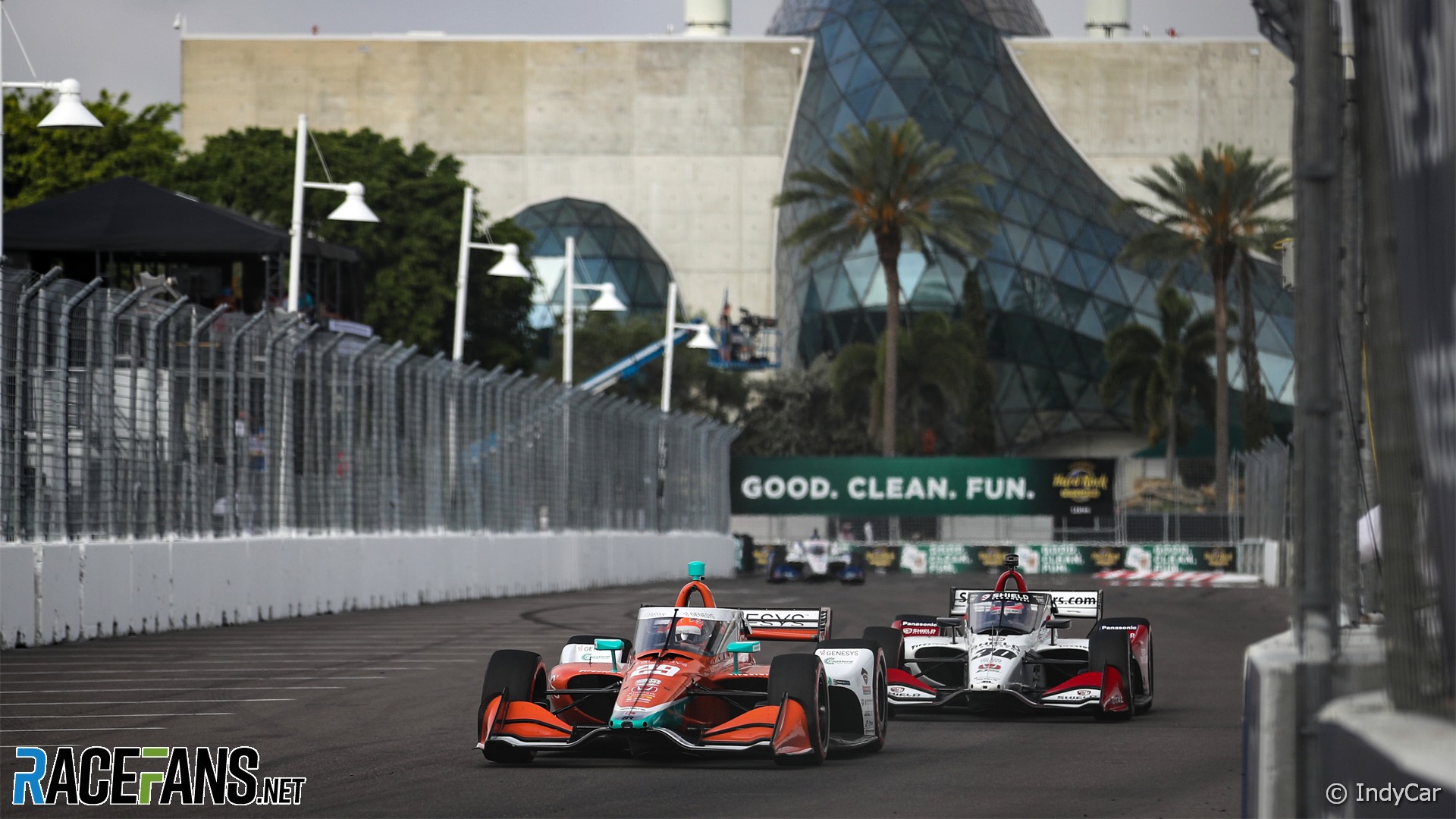 The pair made contact on lap 23 when Sato aimed his car down the inside of Hinchcliffe at turn one. Hinchcliffe, who was 12th at the time, suffered a right-front puncture, which ruined his race. The Andretti driver said his race never recovered from that point.

“The day started off fine,” said Hinchcliffe. “We got a decent start and in that first stint we were just in fuel save mode, trying to work on an overcut. We were really taking care of our black tyres there, we were looking really good compared to some of the guys on reds ahead of us.

“Then on that restart Takuma just ran out of patience and talent and hit us and flattened our tyre and that was pretty much the story of our day. We never got our lap back the way the yellows fell.”

Hinchcliffe was involved in a second incident later in the race when he was hit by Ed Jones, who was lapping him.

“In the race we started so far back in 21st we really had to try things to get up the grid,” Jones explained. “To make a few things work I had to make a lot of risky passes.

“Unfortunately when lapping a backmarker I got caught up and had a slight accident. That put us back again but after all the difficulties this weekend there is still some positives to take.”

McLaren SP’s Patricio O’Ward was also involved in the collision between Hinchcliffe and Jones, damaging his front wing on the Coyne machine. O’Ward had reached the Fast Six in qualifying for the second race in a row, but had already fallen to 17th when the collision happened.

“I don’t really know how to describe it,” he said of his race, “probably just horrific.”

Despite his impressive qualifying performances, O’Ward lies 11th in the points after the first two races. “We’ll switch gears and look forwards to Texas,” he said. “It’s a double-header, lots of points up for grabs, we’ll be looking to redeem ourselves.”