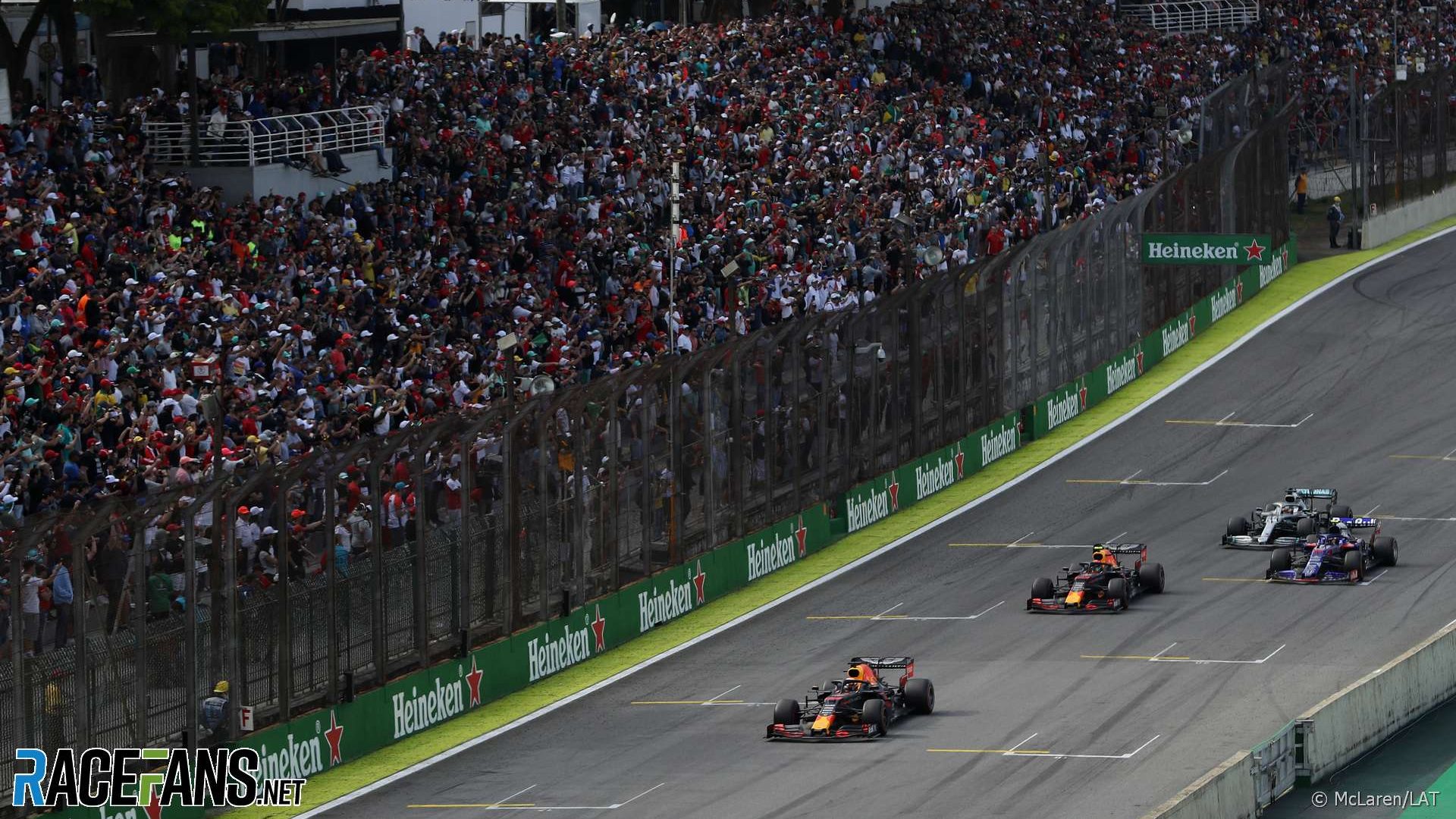 In the round-up: Daniel Ricciardo says Brazil’s high Covid-19 rate could prevent its Formula 1 race going ahead later this year.

F1 may have to miss Brazil again – Ricciardo

Brazil is one of the countries which has been hit hardest by Covid-19. The virus has killed over 380,000 of its citizens, more than any country bar the USA. But while America’s death rate has fallen to 4,000 per week, Brazil is losing 10,000 more, the worst fatality rate in the world at present.

Almost a quarter of Brazil’s deaths have occured in Sao Paulo, home to its round of the world championship. The race may be more than six months away, but questions are already being raised over whether it should go ahead.

“I am aware Brazil currently is not in a good place with Covid,” said Daniel Ricciardo in an interview with EMTV. “I think if we were scheduled to go there this weekend I’m pretty convinced it would be up in the air. I don’t think we would be all in.

“I think for now they’re kind of on the hope that by then things settle down but if it’s still as it is, then that race could potentially be obviously in question.”

The Interlagos race has been brought forward by a week in order to accommodate the rescheduled Australian Grand Prix. Ricciardo light-heartedly suggested his home race – which like Brazil’s was also dropped from last year’s calendar – could become a double-header if F1 abandons its trip to Sao Paulo.

“I know they [F1] are obviously keen on 23 [races] this year. A bit like last year I’m sure there are maybe some circuits call it that could fill some gaps if some are lost. So we’ll see. Maybe a double-header in Australia.”

Felipe Drugovich placed in the top three throughout testing at the Circuit de Catalunya and concluded the third day of running with the outright fastest time. The Virtuosi driver posted a best lap of 1’27.945.

He was followed by a pair of Alpine juniors: Oscar Piastri, second for Prema, and Christian Lundgaard, third for ART.

Have never been hotter in a race car in my life. Struggled to breathe about halfway through the race till the end. Hope we can figure out a way to fix that. Strategy was working for us and had some good pace until the end. Tough day, we’ll be better at the next one. #aimhigh pic.twitter.com/XXWVcWbXw8

"In the race runs, you cannot push all of the time either. You are constantly managing the tyres and that is a struggle throughout the race."

IndyCar round 2: Grand Prix of St. Petersburg (IndyCar via YouTube)

Formula E’s explanation for the controversial end to Saturday’s race didn’t impress everyone:

This is a cop-out response. It’s also easily countered by – what if the leading car was de Vries? Then he would have been incentivised to ensure everyone had to do an extra racing lap, thus check-mating his rivals into not being able to finish the race.

No, clearly there is an issue with the way energy reduction is calculated under safety car (if this is even necessary) and I would be more reassured to hear them acknowledge it and commit to finding solutions to ensure it doesn’t happen again. It seems much like what happens in F1 where there is some regulation or safety dispute that the first instinct is for them to go on the defensive and deny that that is any issue, rather than acknowledge it and tackle it head on.
Keith Campbell (@Keithedin)