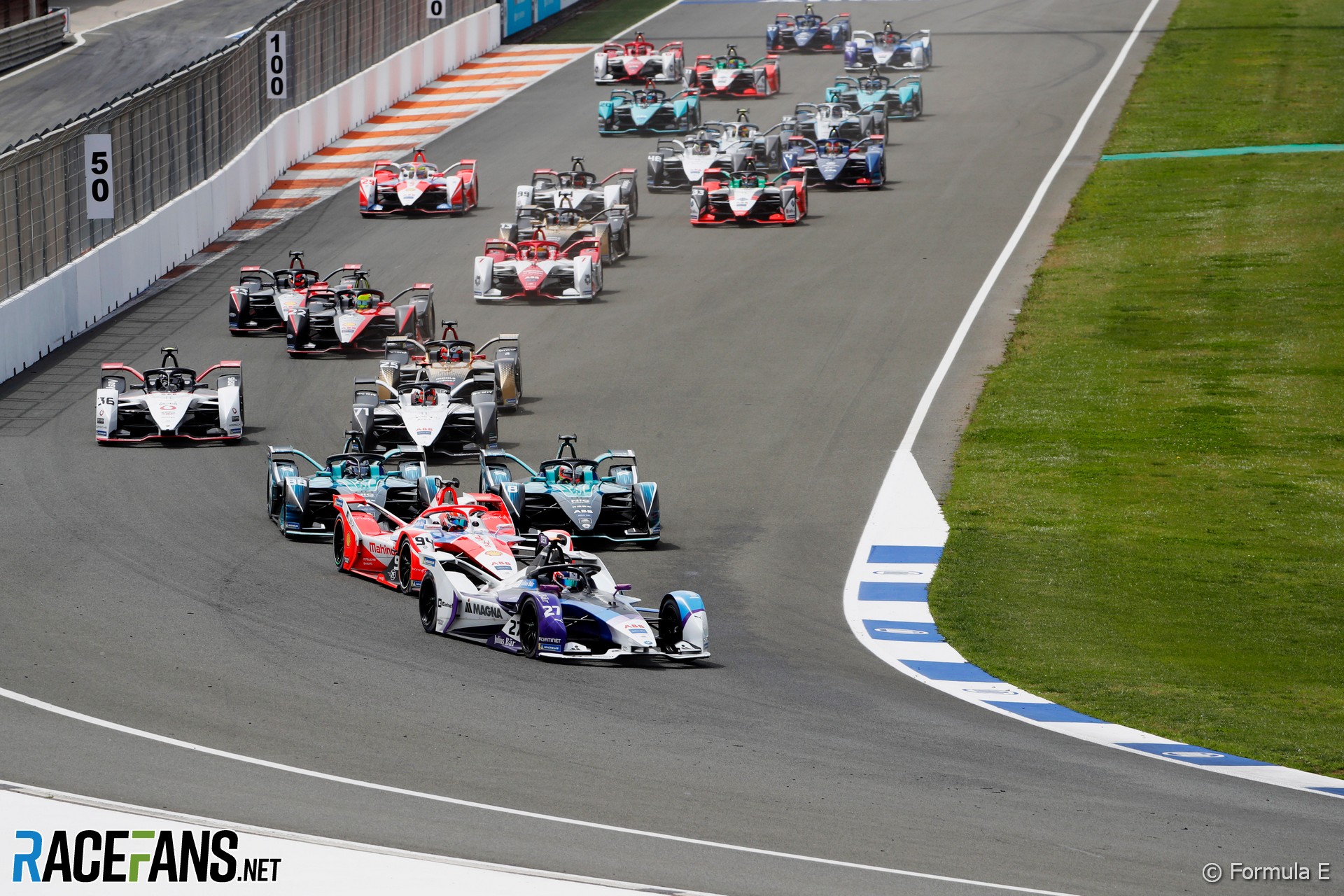 The second race at the Ricardo Tormo circuit was a much more straightforward affair than the one which took place 24 hours earlier. The lack of any Safety Car interruptions made it considerably easier for teams to keep on top of the energy consumption restrictions.

The day’s proceedings began on a very wet track, which improved during qualifying. Group four, the bottom of the championship, faced a much drier track than those who ran earlier, and duly claimed the Super Pole positions. Dennis had been fastest in the groups, so went out last and took pole by a huge margin.

At the start of the race, the question of whether anyone would want to lead was a big one. Those following could potentially save as much as 0.7kWh of energy per lap by slipstreaming. Alex Lynn, in second place on the grid, was in prime position to take advantage of that and play the same lying-in-wait game Nyck de Vries had yesterday.

The track was dry enough for Formula E’s first standing start since Diriyah and Dennis was able to get away with the lead. Lynn tucked in closely behind him and avoided being forced ahead of Dennis, taking advantage of his slipstream, while the rest of the pack followed, bunched into less than half a kilometre of track.

Norman Nato, who had started fifth, was able to overtake both 333 cars. These had qualified considerably higher than usual, locking out the second row. Nato followed Lynn for much of the race until he misjudged the distance into the reprofiled turn six and clipped the back of Lynn, sending his furious rival off the track and back to seventh.

Nato closed the gap to Dennis ahead but was not in a position to fight him for the lead. Lynn was able to recover as cars ahead ran low on energy. Andre Lotterer, who has been penalised twice for collisions yesterday and was point-less after the first five races, moved his way up to an on-track third. Lynn then took advantage of his slipstream to handle the energy he had used on recovery.

When Nato was awarded a five-second time penalty for the contact with Lynn, Dennis controlled the race to finish with a comfortable energy margin and take the chequered flag. Lotterer and Lynn were close enough behind to inherit the remaining podium spots when Nato was demoted from second to fifth by his penalty.

Only one car failed to finish the race. Stoffel Vandoorne, second in the points, retired after a clumsy knock into the barriers with Sebastien Buemi.

The sixth race of 15 did little to change the championship order, as the top five drivers failed to add to their points tallies. Mercedes pair De Vries and Vandoorne will therefore lead the standings into the Monaco EPrix next month.