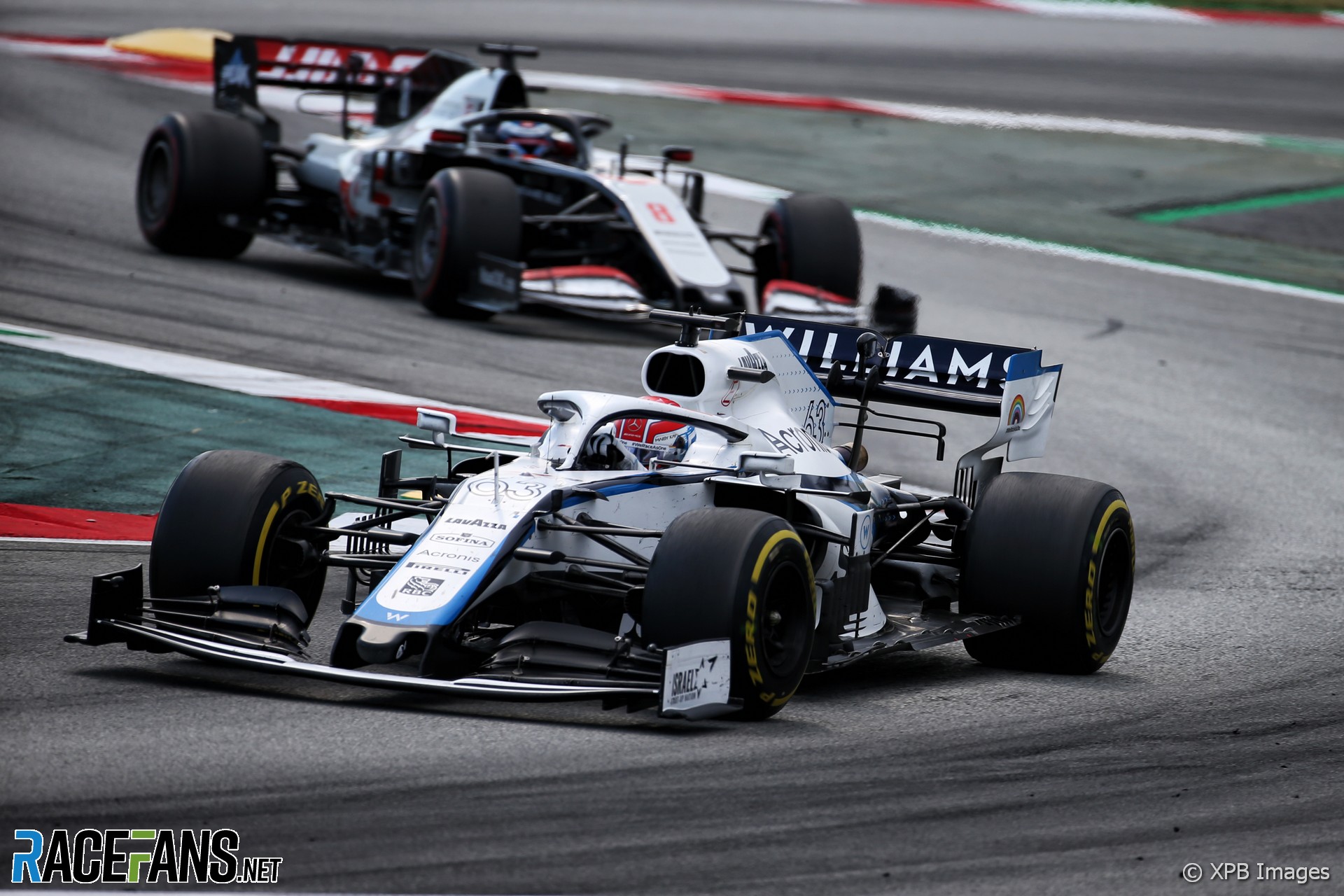 Formula 1 should stop using the chicane at the Circuit de Catalunya to improve races at the track, according to new Grand Prix Drivers Association director George Russell.

The Williams driver wants to use his GPDA role to improve racing in Formula 1.

“Good races attract more fans,” he told RaceFans in an exclusive interview. “It shows F1 in its best light.

“The racing probably hasn’t been good enough as a whole over the past probably 20 years to be honest. Maybe not pure enough either.

A tight chicane was added prior to the final corner at the home of the Spanish Grand Prix in 2007. The original section of track still exists and is used by other racing series.

Russell believes F1 should revert to the previous sequence to make it easier for drivers to follow each other closely.

“The circuit offers pretty poor racing and the races there are always pretty dull,” he said. “On the whole, we think that if the circuit were to return to the last two corners that there were 15 years ago, the two fast corners, you’d actually be able to follow slightly closer, you’d be coming onto the straight at a higher speed, the slipstream effect will be greater all the way down to turn one.

“For the fans, you’re seeing the cars a much higher speed. For the drivers, you’re going round an incredibly quick corner, which is exciting. It’s a win-win. And that’s an easy fix to a circuit that is pretty poor.”

The sequence was originally changed following an FIA request to reduce the speed of the cars as they arrived on the pit straight on safety grounds. Removing the chicane would have “safety implications”, Russell acknowledged.

The current configuration of the circuit is homologated by the FIA for use by F1 and any revised version would have to be re-inspected.

“It’s not quite as simple as saying ‘right, let’s change this circuit and revert’,” said Russell. “But this is something that could be done as of next year.”

The track is due to hold the Spanish Grand Prix on May 9th. The circuit’s turn 10 has been revised for this year’s race, bringing it closer in design to the original version of the corner, before it was tightened.

61 comments on “Remove chicane at Catalunya to improve races – Russell”