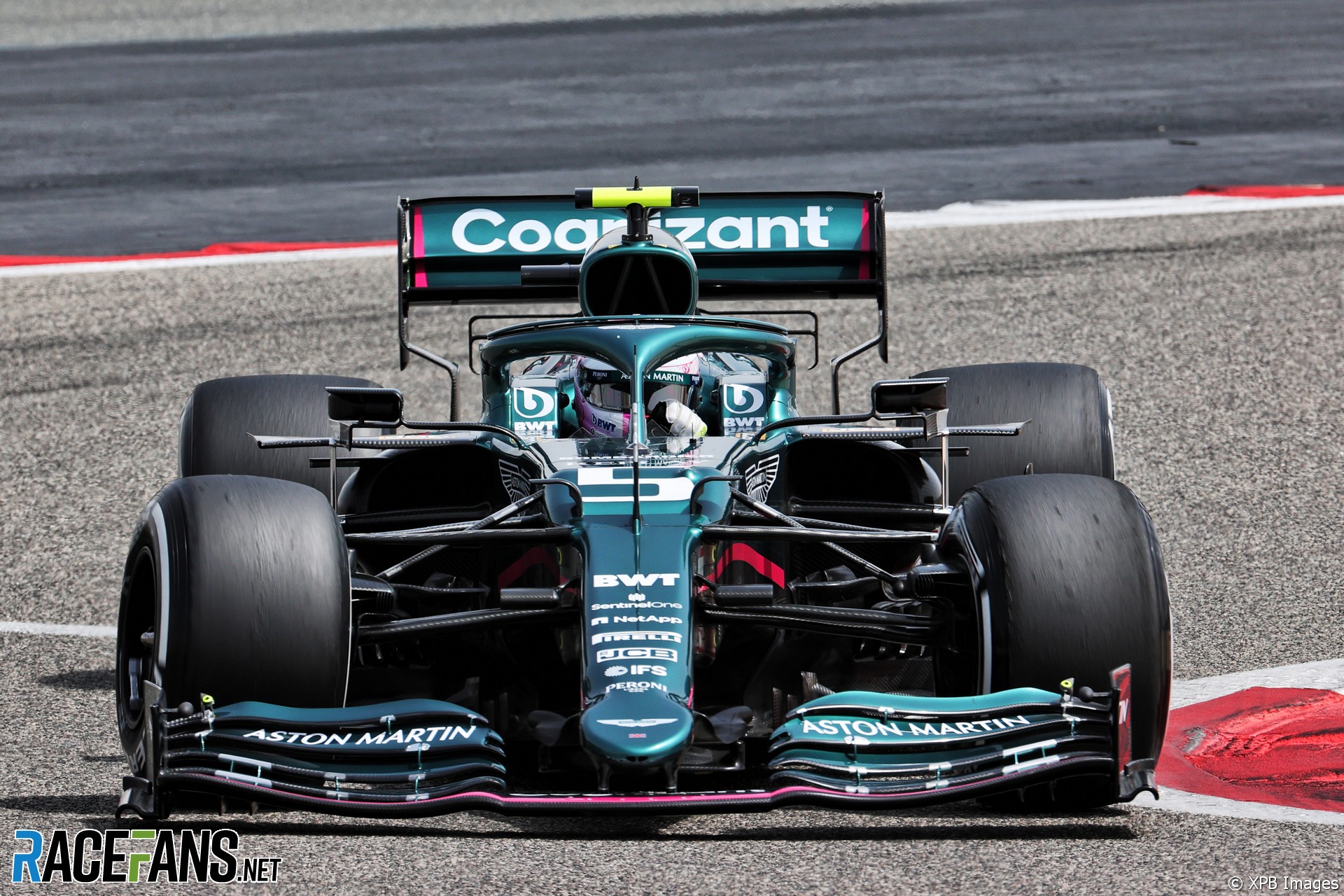 Despite a torrid first race outing with Aston Martin, Sebastian Vettel believes he has identified the problem areas he must work on before the next grand prix.

Vettel qualified 18th for the Bahrain Grand Prix, only ahead of the two Haas drivers, after encountering two yellow flags on his final qualifying lap. A five-place grid penalty for failing to slow sufficiently for one of the incidents saw him drop to the back of the field.

Having made his way up to 12th, Vettel’s race was ruined when he collided with Esteban Ocon at turn one. The Aston Martin driver was handed a 10-second time penalty and took the chequered flag in 15th place.

Reflecting on the unsuccessful weekend, Vettel said his disrupted build-up to his first race with his new team, due to reliability problems with the team’s car, had left him with much work still to do to understand the car.

“It’s been probably not the best weekend or the weekend we were looking for, he said. “But there were a lot of things that we learned in the race that we need to address. We will see how quickly we can fix them.

“But I’m not at home in the car. There’s a lot of things that are fighting me so that I can’t really focus on driving. But we need to address them and try and fix them.”

Vettel said he isn’t finding the car’s handling as predictable as he needs it to be. “I obviously adapt to how the car wants to be driven, but there’s a lot of things that add certain inconsistency that don’t help. So these things we need to get on top of.”

Despite his disappointing first race weekend, Vettel was positive about his debut with Aston Martin.

“I feel really good,” he said. “Obviously, I’m a bit sorry for such a bad weekend because I know how much prep goes in before the start of the season and then the first race, et cetera. But on the other hand, it can only go up from here.

“We learned a lot of things,” he said, adding the team now knows where it can make improvements. “It’s a lot of work ahead of us, but it’s what it is and we have to tackle it step by step.”