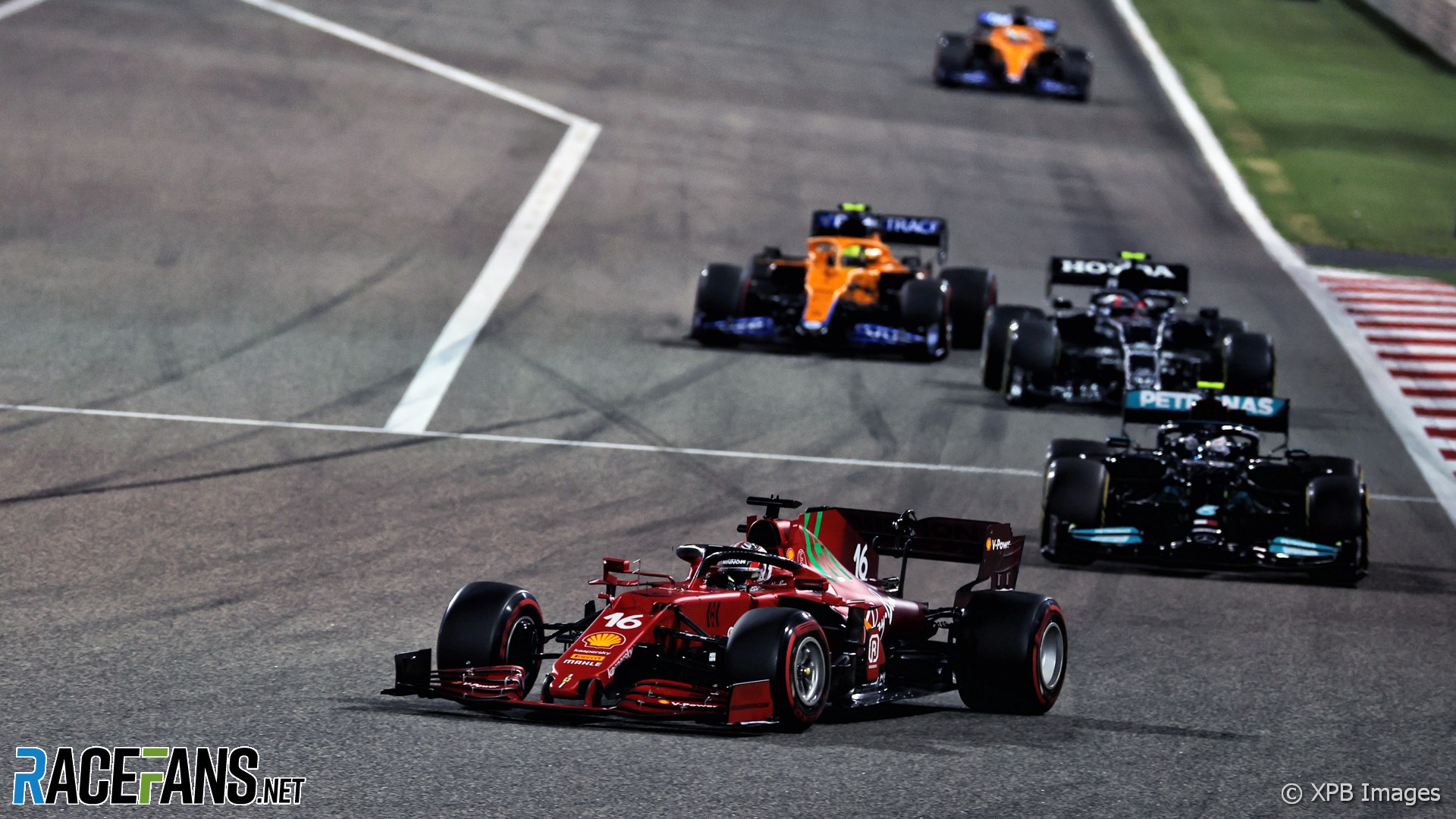 Charles Leclerc revealed he thought he had a chance to keep Valtteri Bottas behind him after getting past the Mercedes driver on the first lap of the Bahrain Grand Prix.

The pair started alongside each other on the second row of the grid and Leclerc slipped ahead into third place.

“I managed to get past him but without taking stupid risks,” said Leclerc, who previously said he would take more caution at the start this year following a series of first-lap collisions during 2020.

Leclerc admitted he thought the Mercedes driver might not be quick enough to pass him based on the pace he had shown earlier in the weekend.

“Before the race, you always try to imagine yourself and what were the fights that I would pick and the others that I wouldn’t,” Leclerc explained.

“Valtteri was a bit of a question mark because I think in second practice he was not as competitive as we would have expected him to be. So we had a hope of maybe keeping him behind, which was not the case in the race.”

Bottas got by the Ferrari on lap six. He went on to finish the race 22 seconds ahead of Leclerc, having lost 10 seconds with a slow mid-race pit stop and made an extra stop to fit fresh tyres and claim the fastest lap bonus point.

Nonetheless, Leclerc was pleased with the progress Ferrari showed in the first race with its revised SF21 chassis and new power unit.

“If I look at where we were last year, at the exact same place, there’s been a good progress,” he said.

“Surely we want to be fighting for the win very, very soon. But realistically and honestly, we’ve done a great job to catch that and to be now closer to McLaren at least, and fighting with them in the race. So let’s see in Imola.”