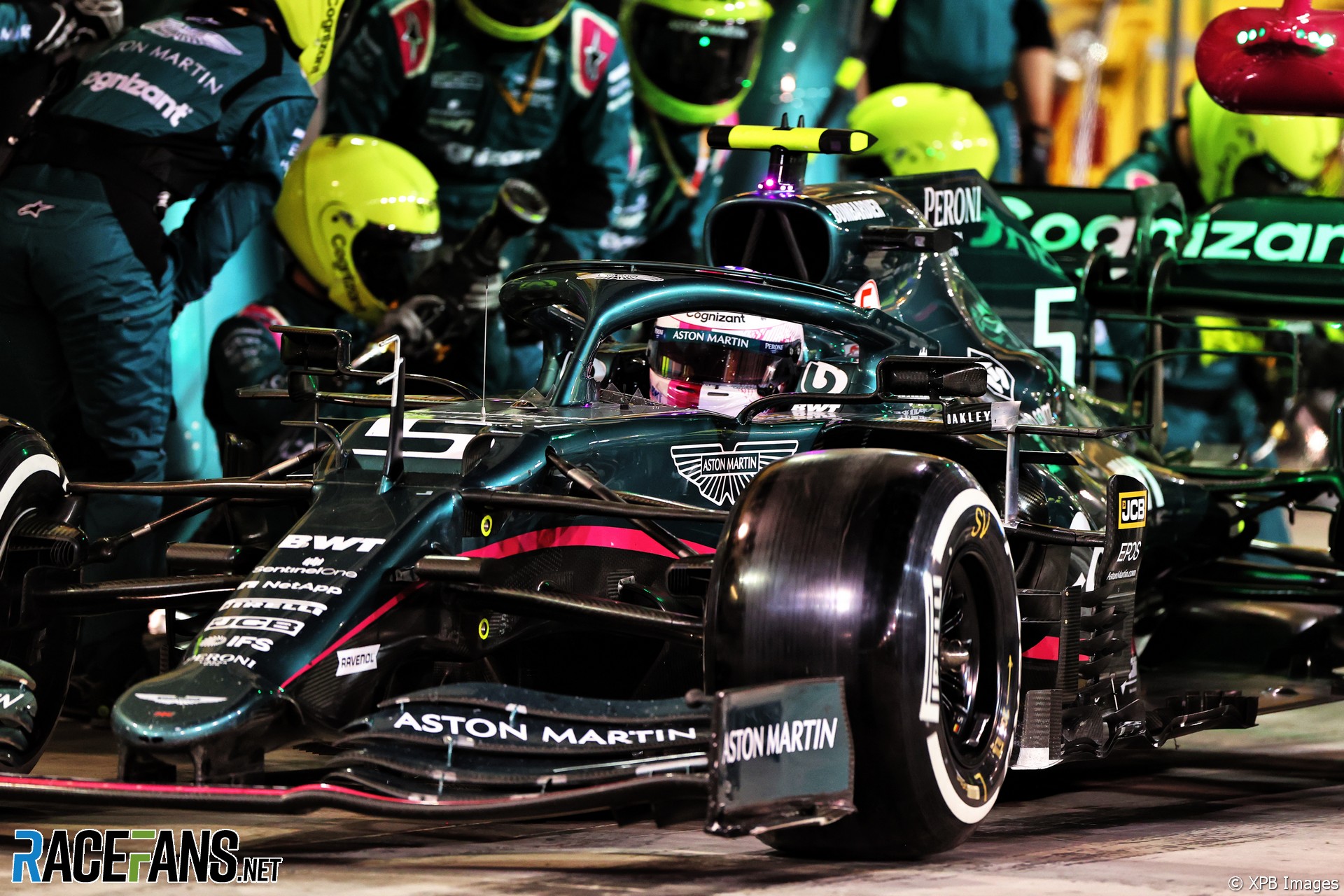 Sebastian Vettel said he was “probably” to blame for the collision with Esteban Ocon which led to him receiving a 10-second time penalty.

The Aston Martin driver’s second penalty of the day had no effect on his finishing position. He took the chequered flag in 15th place, 18 seconds behind George Russell and 17 seconds ahead of Mick Schumacher.

He was given the penalty for running into the back of Ocon at turn one, knocking the Alpine driver into a spin, while the pair were disputing 12th place.

“I thought he would stay right and then when he came back left, he was right ahead of me and I locked [up],” said Vettel. “So it was probably my mistake.”

“I spoke with him straight away and I think we agree so there’s not that much to go through,” he added.

The stewards ruled Vettel was “wholly to blame” for the collision. In addition to his time penalty Vettel was given two penalty points on his licence, taking him to a total of five, accounting for the three he earned earlier in the day for failing to observe double yellow flags.

Ocon said he would have been more upset about the incident had they been fighting for points positions.

“I’ve rewatched the accident just now. He came in and apologised, he got the penalty for it so it’s all OK. If we were fighting for good points at the time, I would have been more upset, clearly.

“But I stayed on my line and it looks like basically he comes in my dirty air. So he’s moving to the left, to the normal line, but is losing the grip basically and that’s when he locks up and pushed me in the back.”

54 comments on “Vettel says Ocon collision was “probably my mistake””