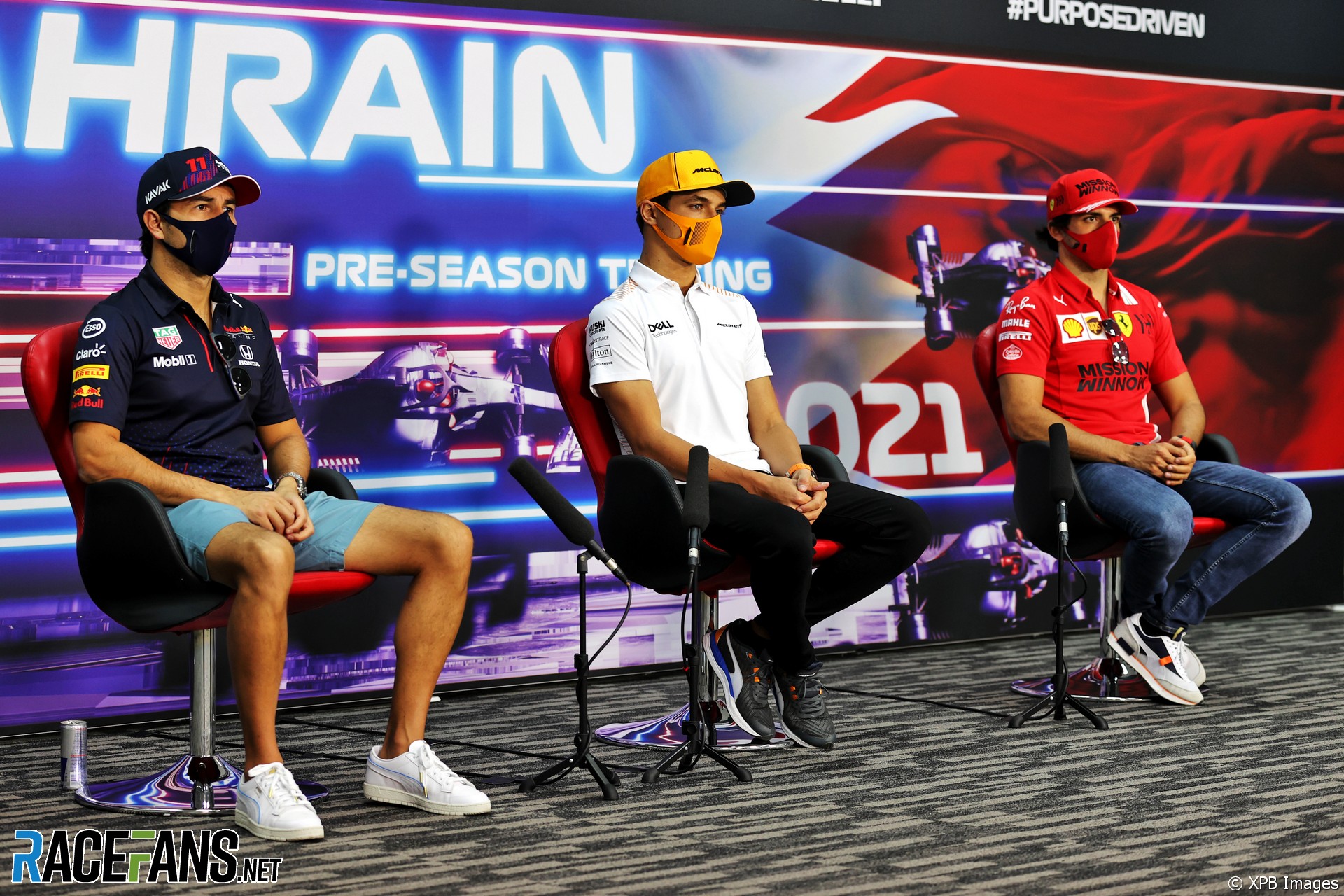 Carlos Sainz Jnr and Sergio Perez revealed they have taken advantage of the Bahrain government’s offer to provide Covid-19 vaccinations to F1 personnel visiting the country for testing and the season-opening race.

Formula 1’s extended stay in the Middle Eastern country leaves sufficient time for the two shots of vaccine to be administered.

“We got offered, I took the decision to take it,” said Perez, who missed two races last year after contracting Covid-19. “For me, back in Mexico, I don’t know when I will be able to get it.

“So I think it was very nice for Bahrain to offer it to us.”

Carlos Sainz Jnr, who has not previously tested positive for Covid-19, also had the vaccine while in Bahrain.

“It was a great opportunity and [I’m] obviously thankful for the Bahrain government for offering it to so many people that travel around the world,” said the Ferrari driver.

Lando Norris, who has recovered after contracting the virus in January, said he has not yet decided to accept the Bahraini offer

“For myself, I guess, it’s a decision yet to be made,” said Norris. “Obviously it’s private information with what everyone does within the team and for myself. But for now, I’m healthy.”

Bahrain announced its offer to vaccinate anyone associated with the race weekend before teams and driver began to arrive at the venue. At the time F1 said they did not plan to take up the offer.

“Formula 1, as a UK-based organisation, has no plans to be vaccinated as a travelling group ahead of the already established roll-out of vaccines through the health system in the UK,” an F1 spokesperson explained.

Six drivers and several other team personnel have contracted the virus since the pandemic began. Alfa Romeo team principal Frederic Vasseur is absent from this week’s test after testing positive for the virus.

Last month, F1 CEO Stefano Domenicali stated no one within the sport would ‘jump the queue’ for vaccinations. Most countries and regions are still in the early phases of distributing the vaccine to those who are most at risk from Covid-19.