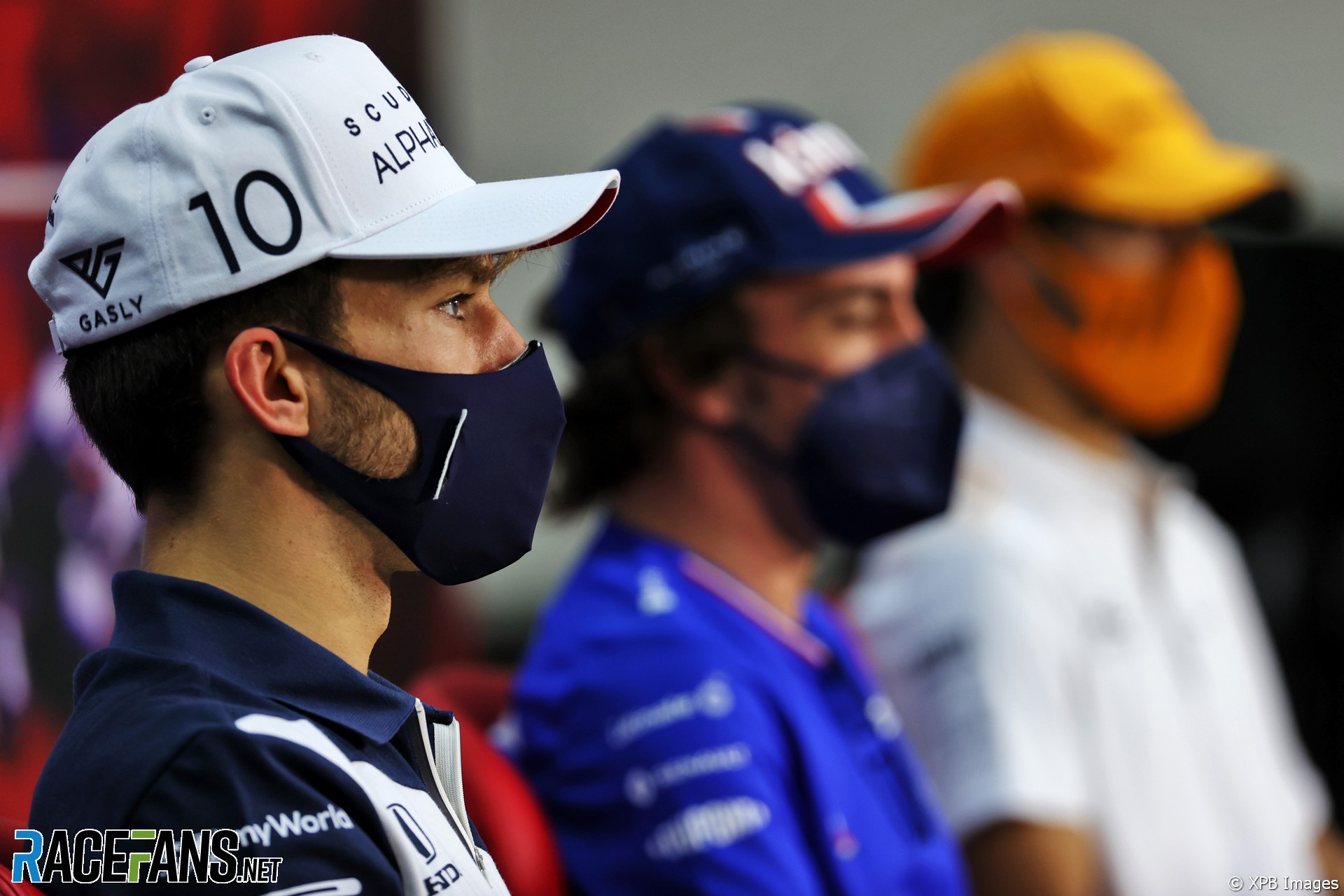 Formula 1 drivers and team principals have indicated the sport will proceed with a plan to introduce sprint races this year.

Drivers met with the sport’s new CEO Stefano Domenicali yesterday, during which they discussed F1’s plan to trial the Saturday races at three rounds this year.

While drivers were reluctant to share details of the meeting, Pierre Gasly indicated F1 will press ahead with the proposal, which requires approval from the F1 Commission before the season begins in two weeks’ time.

“We discussed it,” said Gasly. “I don’t want to go public. We did this meeting to see all together whether we can move the sport forward and improve the show for all the people and all the fans, because that’s what we all want.

“The main target is to improve the racing. I think all drivers are united in trying to make the car performance closer to each other, improve the show.

“And I think this year F1 is willing to try the sprint race, try to see if it can make it more entertaining for the people back at home watching on TV or coming to the track. I think it will be interesting. We’ll try it on some occasions and see how it is.”

Daniel Ricciardo, who expressed reservations about the proposal earlier this year, and Fernando Alonso both said they support the plan to introduce sprint races.

The sprint races will take place on Saturdays, following a regular qualifying session on Friday, and set the grid for Sunday’s grand prix. The exact details of the races, including their length and whether points would be awarded, are yet to be agreed. Various proposals are believed to be under consideration.

Team principals are also supportive of the plan. “The principle of it, from a promoters’ point of view I understand why they’re trying to do it,” said Red Bull’s Christian Horner. “There’s always a million reasons why not to do something. But I think the concept’s interesting.”

“It’s something [that] if it’s what the promoters want to do then we are happy to support,” he added.