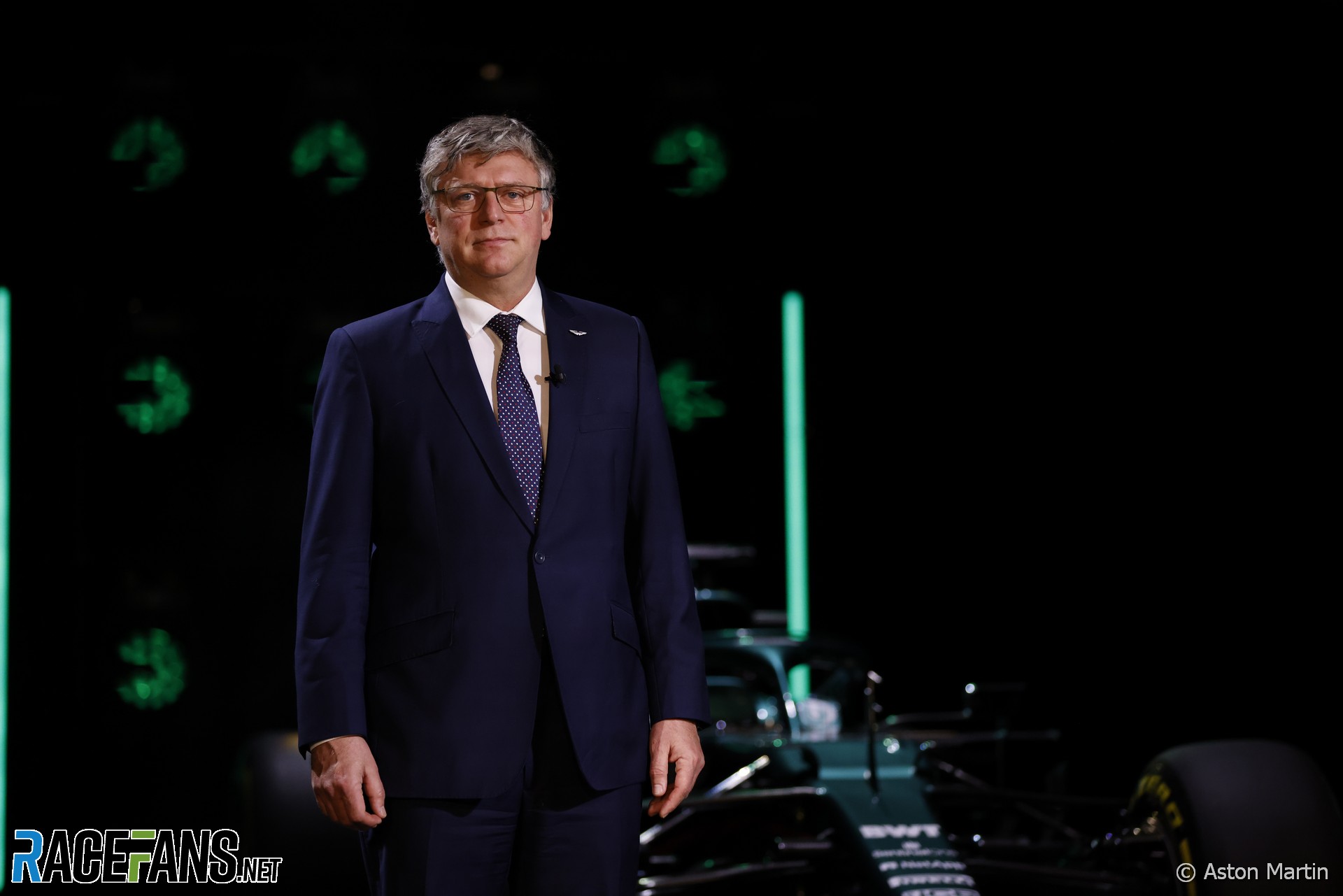 In the round-up: Aston Martin CEO Otmar Szafnauer says it will take at least three years for the team to become championship contenders.

Szafnauer was speaking ahead of the team’s presentation of its AMR21 chassis for the 2021 season:

It’s a lot easier to say ‘we’re going to be fighting and winning a world championship’ than actually actually doing it. The two things that have to happen is, one, we need a good plan in order for us to start today and get to world championship contenders. And then we’ve got to execute. We’re in the midst of that planning now and the execution will definitely take some time.

People in Formula 1 and other teams have said ‘you’ve got to give us three to five years to do so’ and we’re no different. We’ve for the last year planned a new factory with new infrastructure and a place to house all of us under one roof to grow the team. The implementation of that is just now begun at Silverstone and towards the end of 2022 we should be moving into a new factory, for example.

Within that factory, we’re going to need state-of-the-art tools that will help us design and develop a car that’s worthy of contending for world championships. So that’s a few years away. If I have to look into the future, it’ll be in the three to five year time period.

25 years ago today @JimmyVasser won the CART IndyCar season-opener on the new @HomesteadMiami oval. Team mate and newcomer @lxznr crashed out when a wheel came off his car following a pit stop. Fellow debutant Greg Moore impressed with seventh.#IndyCar pic.twitter.com/q7NfxBn1eC

"VAG is said to have had initial exploratory talks with three teams - Red Bull, McLaren and Williams."

"We had to get all the suppliers we needed to commit to actually support us, so effectively Red Bull… because these people were already owed a very substantial amount of money; but then to allow us to use the gearbox, Pirelli for the tyres… Actually, we had to pay for (every drop of) our oil at full price, and we had a lot of support from Renault on using the engines as well."

"Sometimes the world goes around, and we got back together, and he knew before the start of the (2020) season what is required of him. Yes, you win the title, we come in. It’s not a given thing as well, we need to get you a competitive seat to challenge for honours."

DTM was a glorified domestic series with a limited audience. No one watched DTM qualifying, so changing the format worked for them, because they had nothing to lose. But that series imploded after Mercedes left… good omens!

F1 is the biggest motor series in the world and has millions tune in for qualifying specifically because it is qualifying.

Yes more people tune in for the race, but would more tune in for this sprint race? Maybe for the first one, to see what the fuss is about. For example, call me cynical but I was dead against the elimination qualifying embarrassment, however I got up early to watch the first one (Australia) live, specifically to see just how bad it was, so that I could accurately discuss it.

I chose not to watch the second attempt (Bahrain) as the joke wasn’t funny anymore. Not even on catch-up, unlike every other qualifying I’ve missed live over the past 10 years.

I just don’t see the added excitement of this unless you are going to muck around with the format, but people don’t want to do that cos of DNA, etc… The only way this will be “exciting” is if the top 4 collide at the first corner in the sprint race/super qualifying/insert-your-own-joke-name-here causing an ‘artificial’ grid for the main race that looks suspiciously like a reverse grid.
@Eurobrun