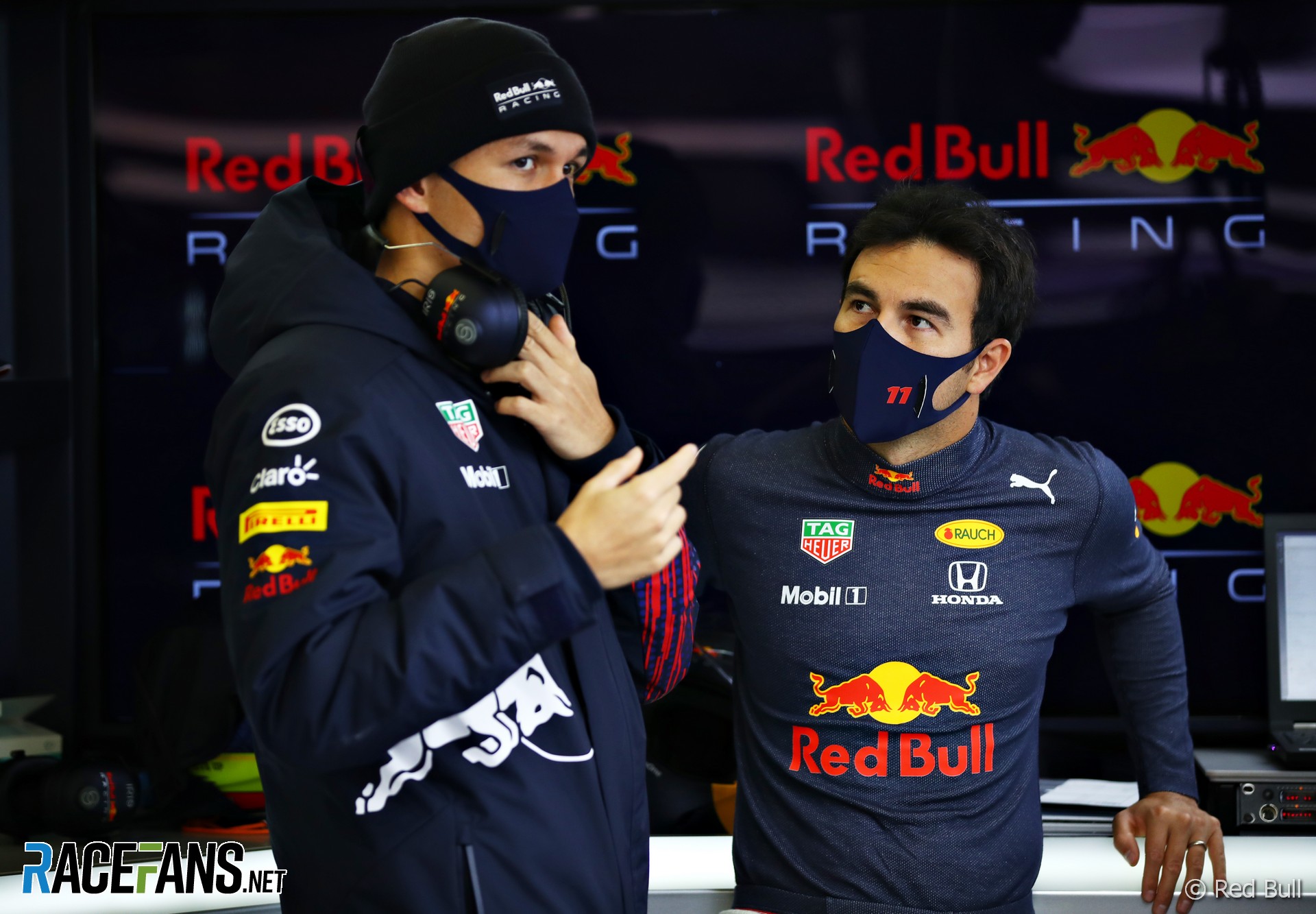 Max Verstappen hopes the arrival of Sergio Perez makes Red Bull more effective rivals to Mercedes, who he expects will remain the team to beat this year.

Perez has replaced Alexander Albon in the Red Bull’s line-up for the 2021 F1 season. Verstappen, who is beginning the year with his fourth different team mate in as many years, says the pair “always got on very well anyway, so it’s very relaxed and good relationship already.”

Verstappen has scored more than twice as many points as his team mate for the last two years in a row. He hopes Perez’s arrival will provide the boost Red Bull need to take the fight to Mercedes in the championship.

“For me, it honestly doesn’t really change that much,” said Verstappen. “For the team, on the other hand, I think we always want to score with two cars as high as possible. So let’s see if that’s going better this year.

“That’s of course the goal, that’s what we all want, to try and make it a bit more difficult for, probably, Mercedes – I mean, they must be the favourites still. So let’s see how everything goes.”

Perez’s experience of the Mercedes power unit, which he has used throughout the V6 hybrid era, can also be valuable for Red Bull and Honda, said Verstappen.

“His information from the years he had done at another team, different power units, stuff like that, he can transfer to the team his findings and the differences. So I hope, of course, it can help the team or at least gives them kind of different ideas about a few things.”