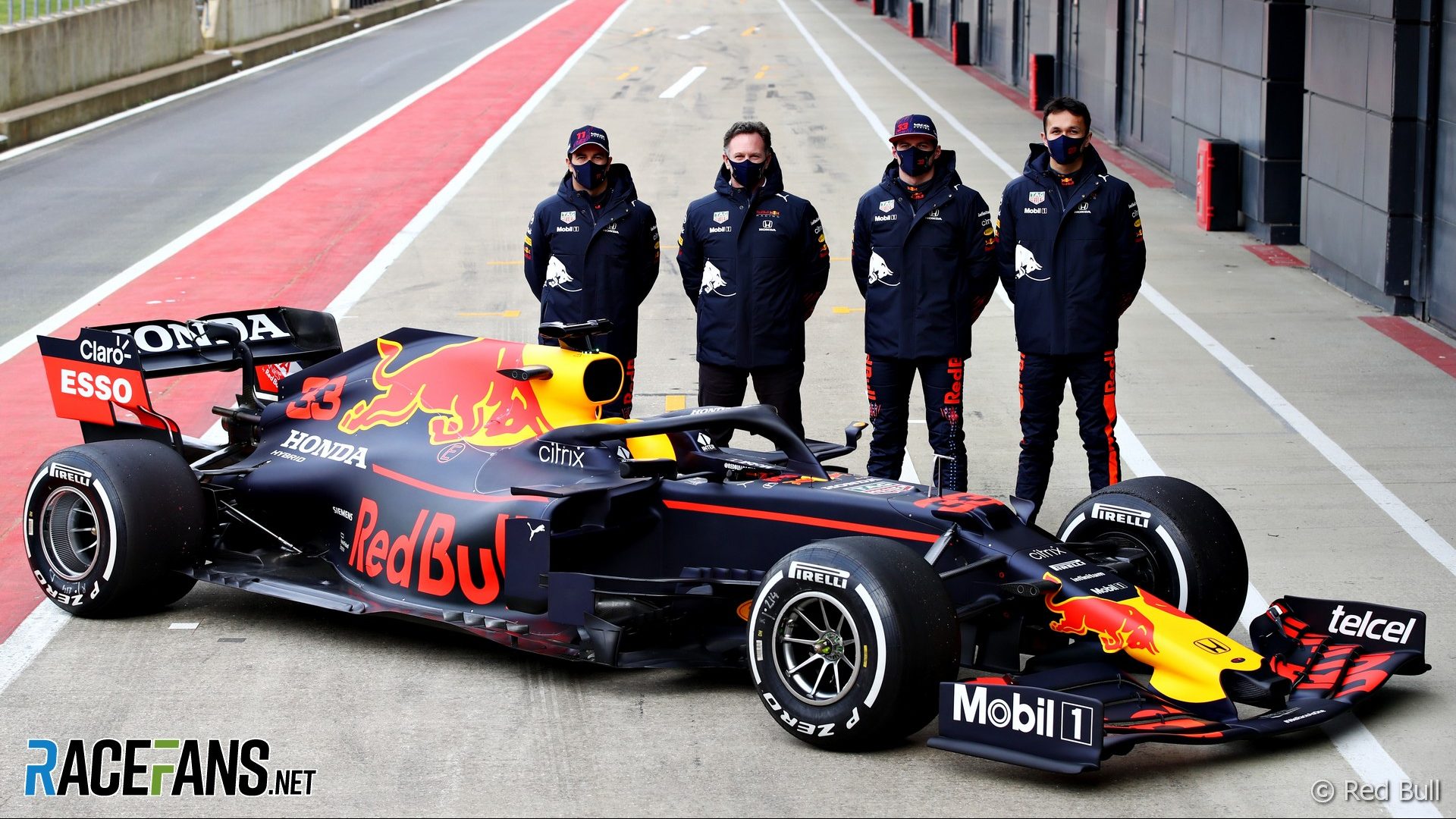 Red Bull’s new RB16B ran for the first time today in the hands of Sergio Perez, who has joined the team for the 2021 F1 season.

However the team has not yet issued any images of the new car in action at Silverstone. Perez drove the car on the short, National loop at the venue which will hold the British Grand Prix in July.

“Driving a new car is always special – for the driver and also for the team,” said Perez. “They have been working so hard through the winter, so to finally take the car on track, it’s quite an emotional day.

“I think there is a lot of potential. The conditions were not great but it was nice to get a feeling for the car. It’s pretty exciting. Earlier this week I drove the RB15 but today I could feel a step in overall grip and top speed.”

Perez’s team mate Max Verstappen also had his first run in the new car. Verstappen and his former team mate Alexander Albon, who has become Red Bull’s reserve driver following Perez’s arrival, did further laps in an RB15, which the team campaigned in 2019.

Red Bull revealed its new RB16B for the 2021 F1 season yesterday. Perez had his first run for the team yesterday in an RB15 on a very wet track, but the trio enjoyed much drier conditions on Wednesday.