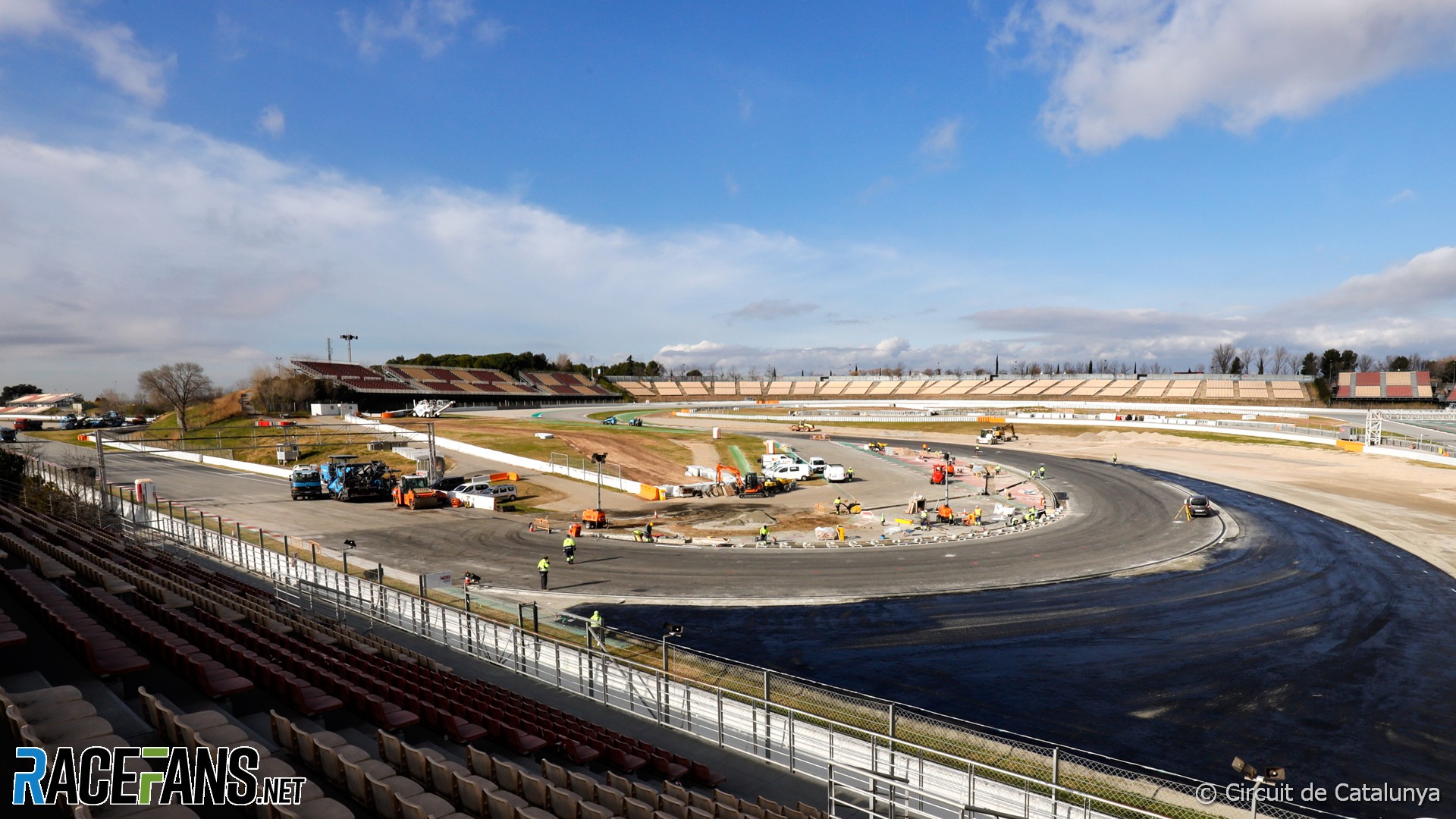 Revisions to turn 10 at the Circuit de Catalunya have made it similar in shape to the original version of the corner.

Turn 10 at the 30-year-old circuit was previously remodelled by Hermann Tilke in 2004 to create a tighter bend which was expected to provide a better overtaking opportunity. While F1 used the new corner, Moto GP continued to use the original, faster bend.

That changed in 2016, when Moto GP switched to the slower corner following the death of Moto 2 rider Luis Salom in a crash at the track. However the bend was not popular with Moto GP riders, notably Valentino Rossi, who described it as a “supermarket parking” corner.

A new version of the bend has been created ahead of this year’s Spanish Grand Prix, which is the fourth round on the 2021 F1 calendar. Both F1 and Moto GP will use the new curve, which is similar to the original bend, but has been brought inwards from the barrier to create more room for run-off.

In a further change, much of the asphalt run-off has been replaced with gravel, explained the circuit’s general manager José Luis Santamaría.

“The new turn is similar to the historical one, turn 10 and turn 11,” he said. “It’s between the old turn 10/11 that we had last season and it’s just to improve the safety in this area.

“The braking point is different and we have extended the run-off area. We have the asphalt area in the first part. After that we have the gravel bed with a TecPro barrier for formula [racing] and touring cars.”

The changes allow the circuit to use a version of the corner which is similar to the original while offering a larger run-off area.

“If we compare the historical one with the new one we are getting [more] distance from the edge of the track,” Santamaría added. “It’s about 50 metres. And now it is safer, the turn, that the historical one. The riders didn’t like the turn 10 . The FIA and FIM decided to work together and have a new turn with the best safety for the drivers.”