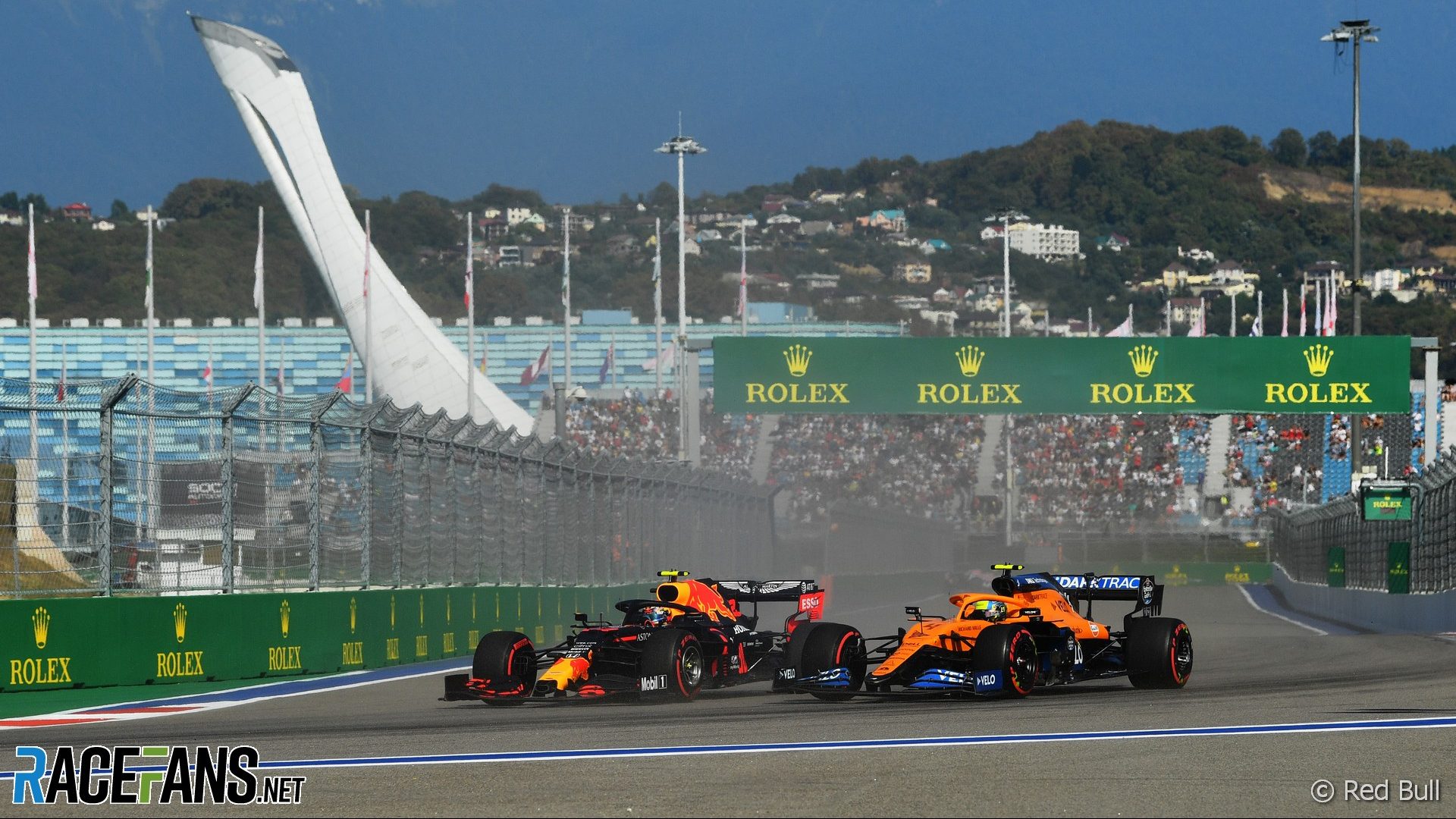 Lando Norris predicts Alexander Albon will “fight back” after losing his Formula 1 drive with Red Bull at the end of last year.

“I rate Alex very highly and respect him a lot and it’s a shame that he lost his drive,” said Norris during McLaren launch event in response to a question from RaceFans. “But I’m sure he’ll fight back for it and try and be back in Formula 1 again in the future.”

The pair made their grand prix debuts in 2019 after racing together in Formula 2. Norris said Red Bull’s decision to drop Albon at the end of last year showed F1 can be a “cruel world” for drivers.

“I’m good friends with Alex, he’s a good friend of mine,” said Norris. “We get along very well. We have good chats and so on.

“I’ve not really spoken to him, to be honest, that much about what’s been going on or things like that. I feel a bit sorry because I know he’s a very good driver and it’s tough.

“It just highlights really how tough Formula 1 is that you can be an extremely good driver and beat almost everyone that you’ve ever raced against in all the categories. But you get to Formula 1 and it becomes that little bit more competitive. It’s a cruel world sometimes. It can be over almost as quickly as it started.”

Norris, who is going into his third season in Formula 1, is joined by new team mate Daniel Ricciardo at McLaren this year. Norris scored his first podium finish in 2020 and is confident his team see the progress he has made since his debut.

“I do my best and the people who can know that more than anyone are the people I work with. My engineers, the managers, whoever, they know the effort and the time spent and basically what I’m good enough in and what I’m not good enough in.

“Sometimes it’s difficult for other the people to know, whether it’s people just watching on TV, it’s very easy to pick up different perspectives or things that you think someone isn’t doing well enough in, when you don’t always know the reason.

“Last year I was very happy with how I did. There was things for me to improve but on the whole, it was a much better season compared to year one. There were certain parts of the season where they were particularly good – one of them was the last race, for instance.