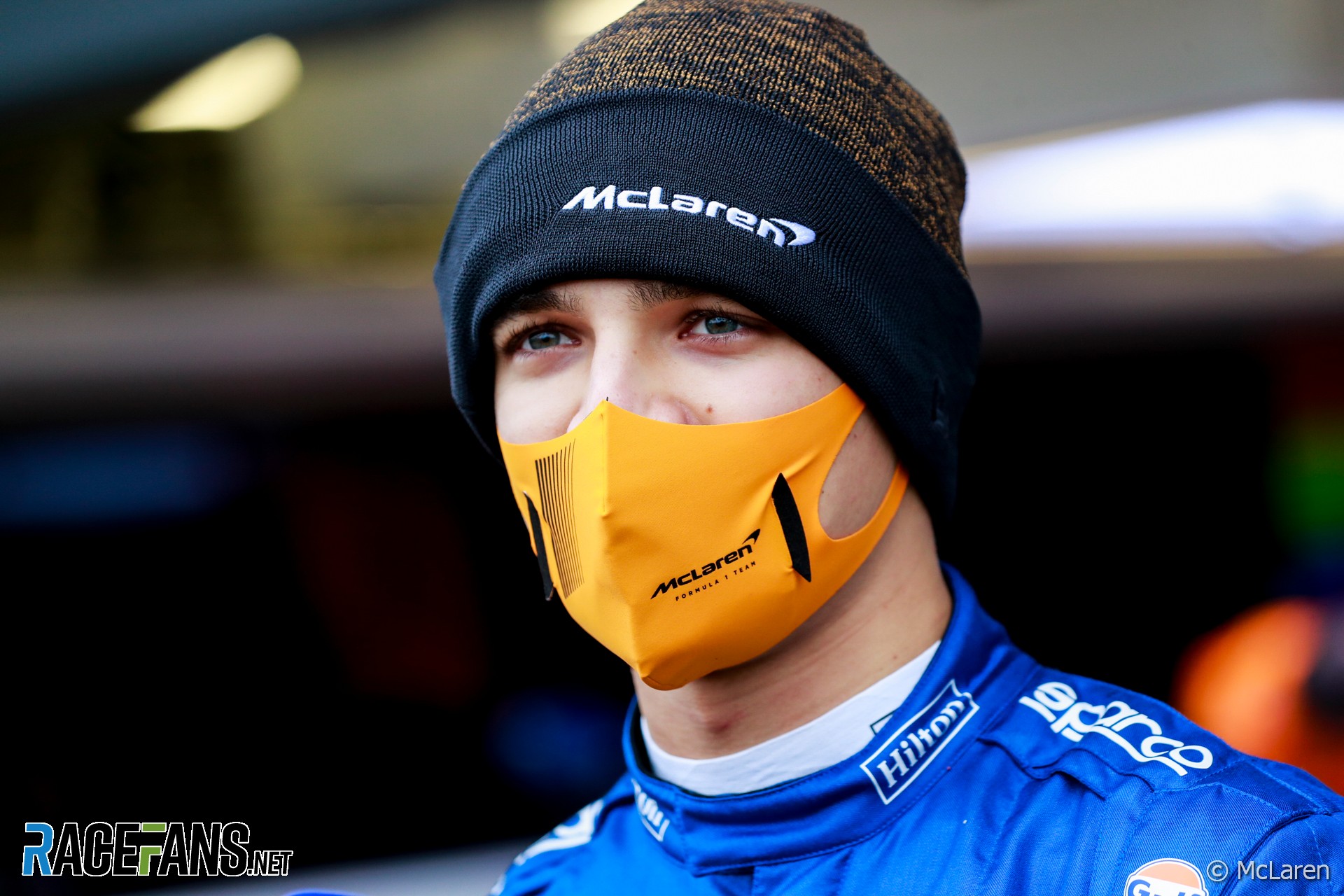 Lando Norris says Daniel Ricciardo’s arrival at McLaren gives him an opportunity to learn from a new and more experienced team mate who is a strong-all-rounder.

Ricciardo is “good in probably every single area” as a driver, said Norris. His only previous F1 team mate, Carlos Sainz Jnr, has moved to Ferrari this year.

Norris said he hopes to “learn a little bit more from a different driver, get to know someone who has a different approach on things and not kind of just get in the same habits that you get to know from one particular driver.”

“I only see it as a positive,” Norris added. “He can win races, he can score podiums. So it’s good for me to kind of just experience something different within Formula 1.”

Norris’ change of team mate comes as he enters his third season in F1. “You get used to working with one particular way or style with that other driver,” he explained. “So to kind of switch it up and get to know someone different, learn how he approaches his races and his whole mindset of Formula 1 is also going to be very interesting. So it’s good for me.

“I can learn from him but also it’s going to be a different way of working with him, compared to how I worked with Carlos in terms of helping the team out and working together as team mates rather than the way I used to work with things with Carlos.”

Norris and Ricciardo drove the team’s new car for the first time yesterday. Speaking ahead of the test, Norris said he “will already be able to take things away from just doing a few laps, learning from him, learning from his feedback, and things on the simulator already I’ve been able to pick up on.”

The only pre-season test will take place over three days at Bahrain International Circuit next month.

“In terms of how and where he’s going to push me more than ever, it’s difficult to know until we get into the proper pre-season test and we get into the first race because that’s when everything kind of comes alive a little bit more and people show their true colours.

“I’m sure it’s going to be basically every area where he’s pushing me and hopefully I’ll be pushing him, too.”