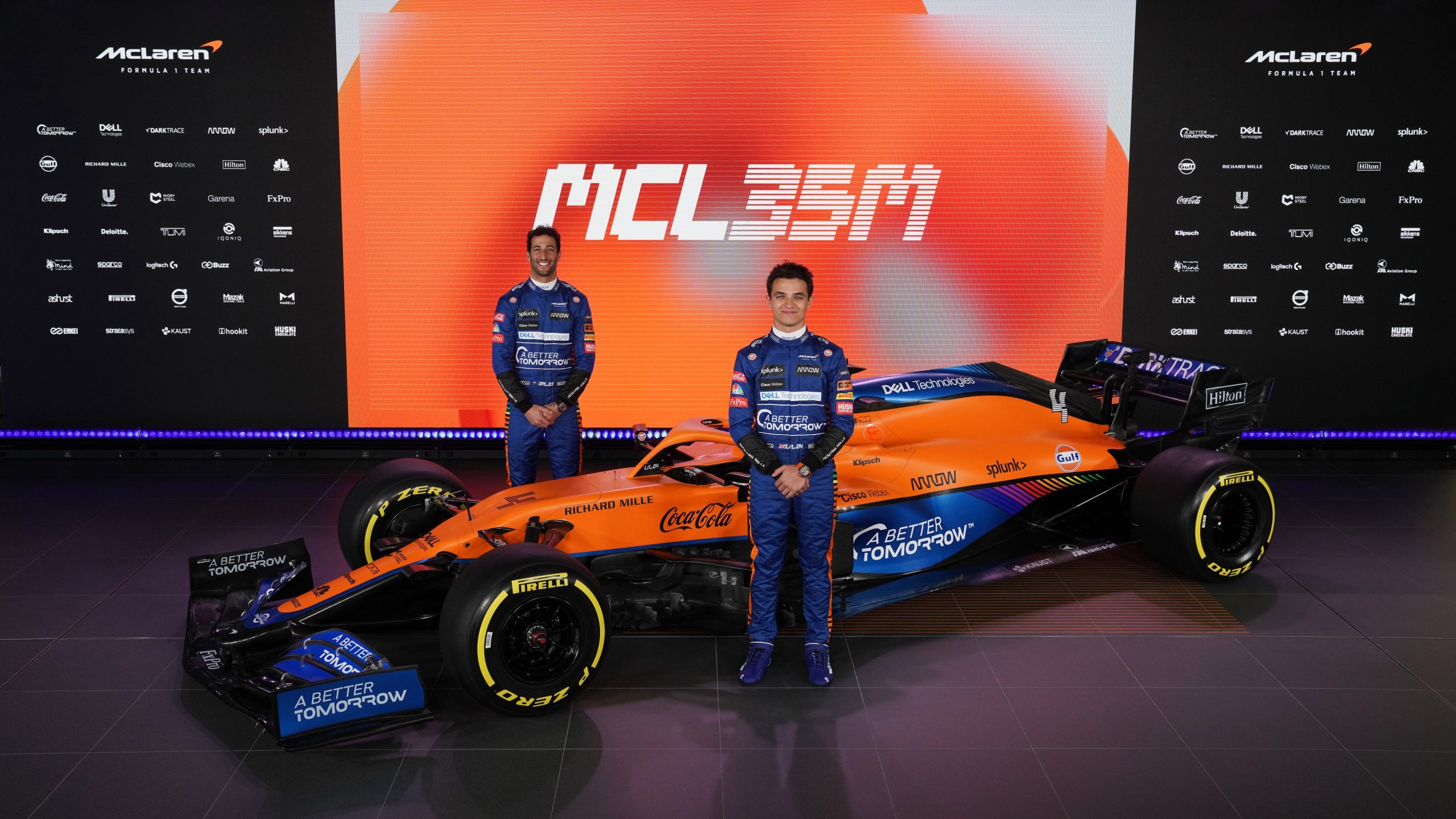 Daniel Ricciardo has revealed his new contract with McLaren will last three years, keeping him at the Woking-based outfit until the end of 2023.

Speaking at the launch of the team’s new car for the 2021 F1 season, Ricciardo said McLaren’s recent investments boosted his confidence in signing for the team.

“It’s three years, so it’s certainly enough time to get this thing going,” said Ricciardo. “Obviously, I feel I’m coming here with a bunch of momentum behind the team as well. And I think as well not only results, but [there’s] some really good stability in the team and the infrastructure.”

Ricciardo will drive the team’s new car for the first time in a filming day at Silverstone tomorrow.

He turned down an offer from McLaren when he left Red Bull to join Renault. He said he was won over to joining the team for 2021 following the appointments of multiple key personnel including team principal Andreas Seidl and technical director James Key.

“When I talked to McLaren a couple of years ago, back in 2018, I don’t think Andreas was there yet, James Key wasn’t. There were still quite a few moving parts.

“Ultimately not only the results weren’t quite there on track yet, but they were still trying to figure out their own structure. I think they’ve really established that now and I’m basically just fitting into the puzzle as opposed to trying to put it all together.

“Andreas is a massive asset for the team. Zak’s probably going to hit me and say ‘Now I have to pay him more.’ But no, I think Andreas is really helping steer the ship in the right direction.”

McLaren has positioned itself well to benefit from the overhaul of the technical regulations which will come into force for the 2022 F1 season, Ricciardo believes.

“I certainly feel like McLaren has done the right things, particularly in the last few years to set themselves up, in particular, for these rule changes coming in 2022,” he said. “I think that the next era of F1 has the ability to certainly turn the field around a little bit. Everything I’ve seen and everything I’ve known up until now really excites me about where McLaren is heading.”

Ricciardo said the new investment McLaren revealed last year from MSP Sports Capital will further aid their bid to close the gap to front-runners Mercedes and Red Bull in the coming years.

“They’ve got more backing as well. Earlier this year, end of last year, I don’t even know the dates now, but some more investments. So they’re expanding. I think they’re doing what it takes to now be a real contender in the championship.”