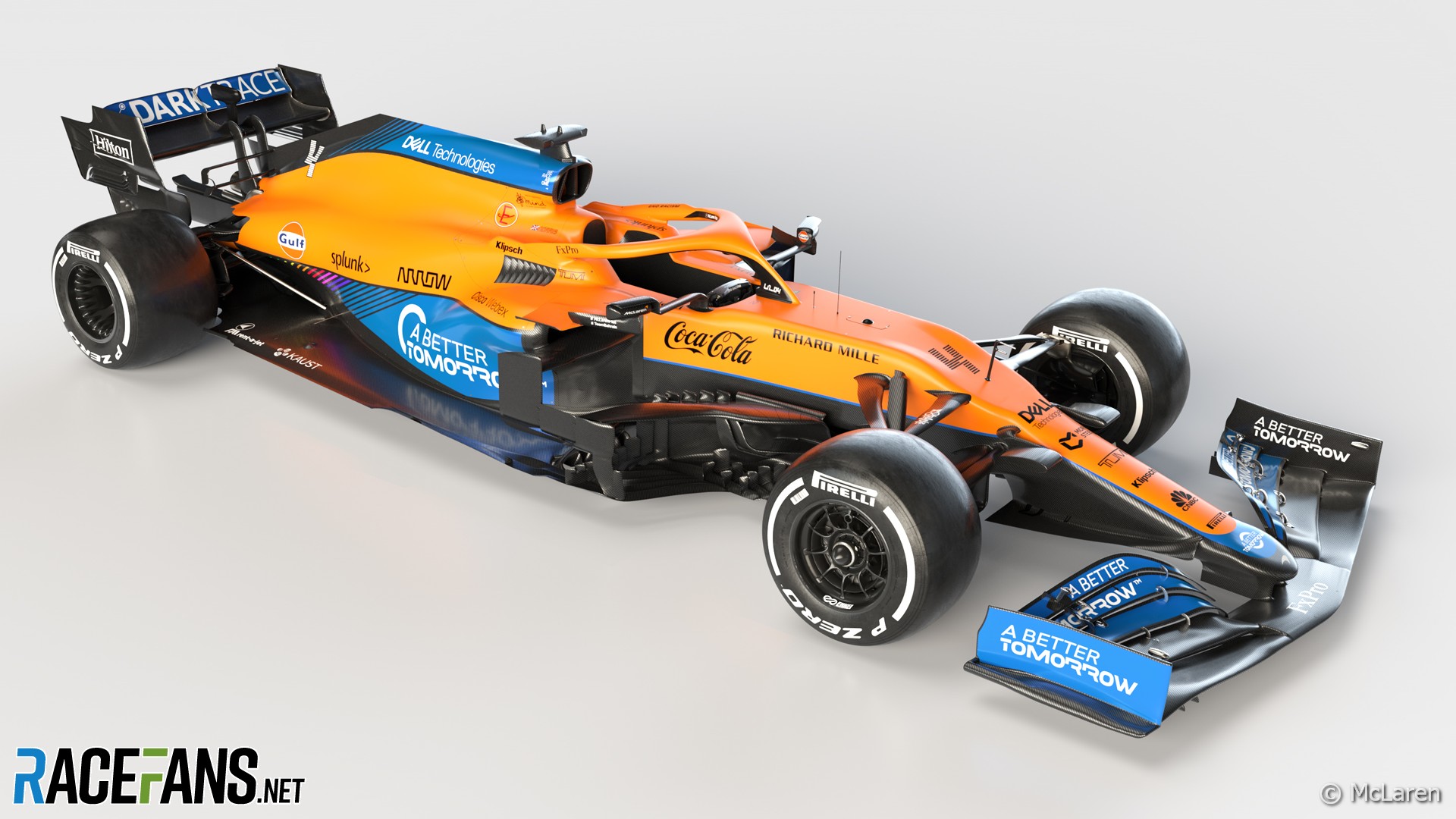 McLaren has become the first team to present its new car for the 2021 F1 season.

The team presented its new MCL35M in a live broadcast from the McLaren Technology Centre.

McLaren is unique among its rivals in having switched power units for the new championship. The ‘M’ added to the car’s name refers to the team’s reunion with Mercedes, previously its engine supplier between 1995 and 2014, during which time the team scored its most recent race victories and world championships.

Another new addition to the team for the 2021 F1 season in Daniel Ricciardo, who arrives from Renault in place of Carlos Sainz Jnr. During the launch Ricciardo admitted he is a long-time fan of the team, and secretly visited them to buy one of their road cars while he was a Red Bull driver.

“I had to keep it a little bit under wraps,” he admitted. “I came here to spec the car out and even going over to the automotive side everyone was like ‘you know, you can’t really be seen here’. I’ve been a fan of McLaren for quite a long time.

Ricciardo’s team mate for the new season is Lando Norris. The 21-year-old is going into his third year as an F1 driver. McLaren Racing CEO Zak Brown said he believes the team has “the best driver line-up in Formula 1” for the new season.