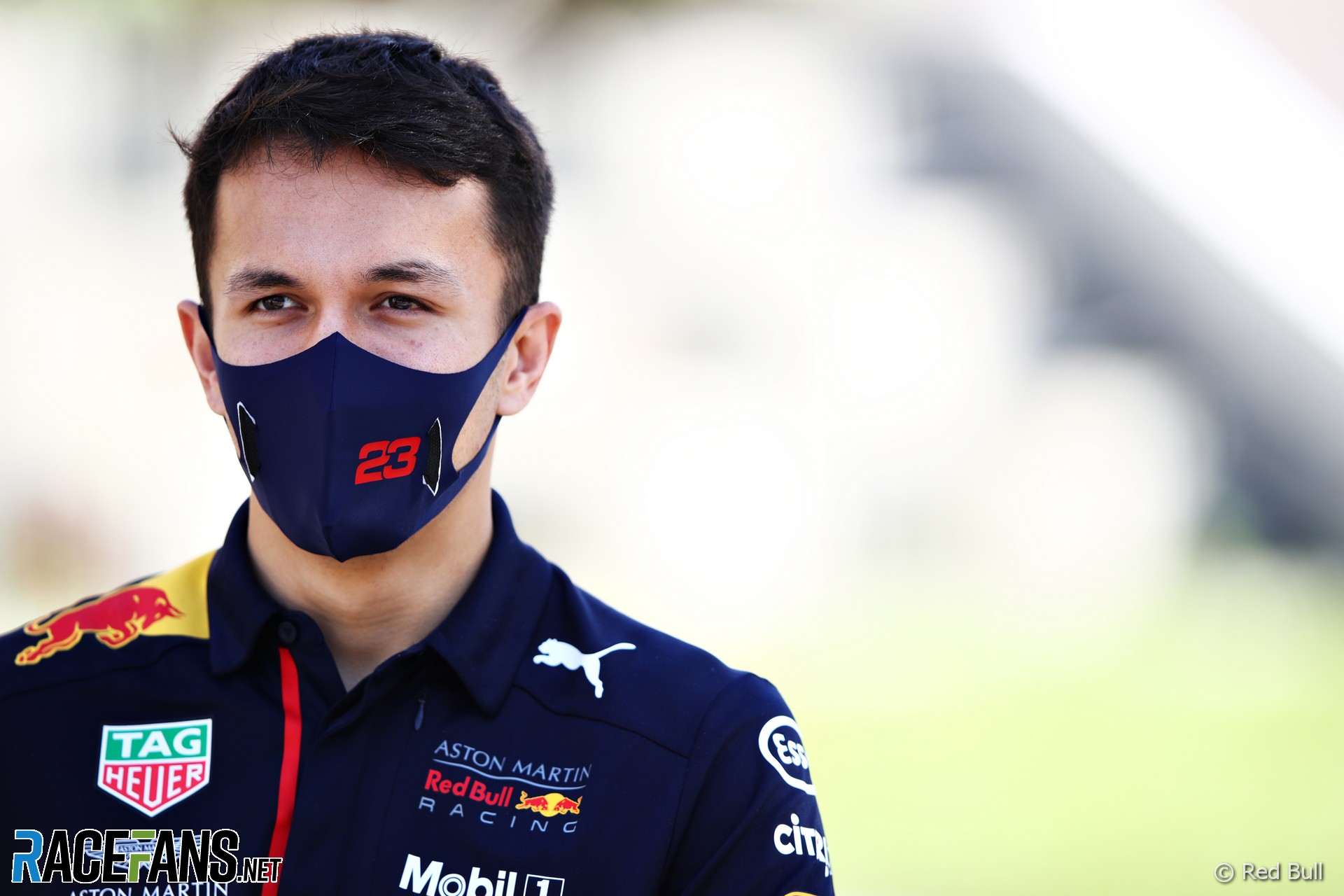 Alexander Albon has spoken for the first time about the pain of losing his seat at Red Bull for the 2021 F1 season.

The team confirmed two days ago Albon will be replaced by Sergio Perez in their line-up for next year.

“It hurts,” Albon told his social media followers today. “I gave it everything out there, but it wasn’t quite enough.”

Albon joined the team during the 2019 summer break as a replacement for Pierre Gasly. His move to Red Bull’s senior team came just 12 races into his grand prix career and less than seven months after his first test in a Formula 1 car.

Over the course of his first full season with Red Bull this year Albon scored less than half as many points as team mate Max Verstappen. His seat was known to be in doubt for a long time, but Red Bull waited until the end of the season before deciding to swap him for Perez.

Albon, who will serve as Red Bull’s test and reserve driver next year, thanked his followers for their support and said he intends to be back in the Formula 1 grid in 2022.

“I want to say a huge thank you to all of you that supported me throughout this year, especially my Thai fans. With all the different opinions out there, I always had you guys to push me through it.

“I’m not giving up, I’ve poured my life into this and I won’t let it stop here. I have more to give and my focus is getting back for 2022 and to wave the Thai flag again.”