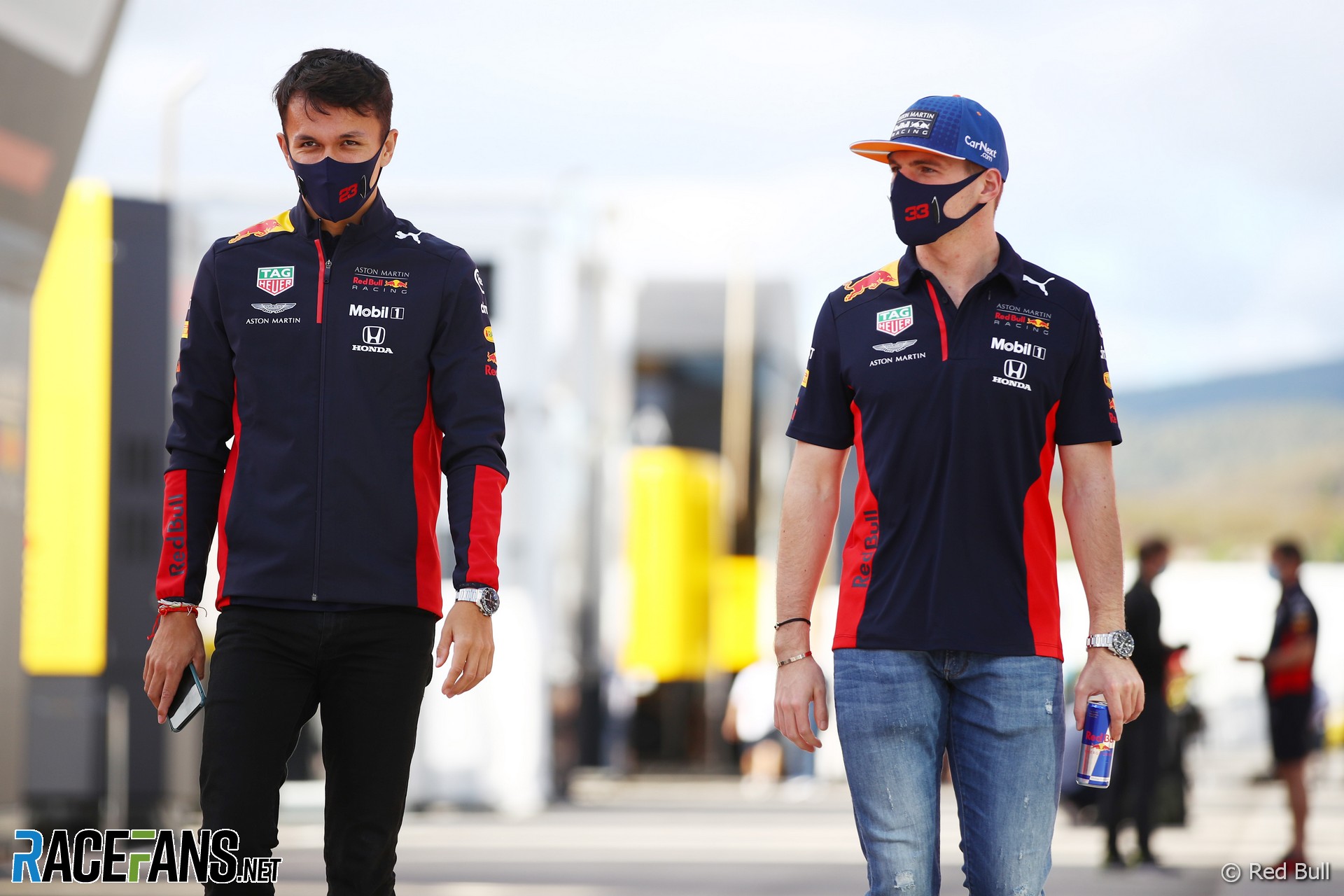 Max Verstappen says he shared his views on the difficulties Alexander Albon was having at Red Bull with the team’s management before they decided to replace him.

Red Bull confirmed today Sergio Perez will replace Albon in their line-up next year. Albon will remain the team’s test and reserve driver, a decision Verstappen said he is pleased with.

“Of course we spoke about it and I just gave my honest opinion,” he said. “I think it was quite clear that throughout the whole year it was sometimes quite tricky for Alex – he’s a great guy, honestly, and I’m happy that he’s part of the team.

Perez’s arrival could make Red Bull a greater threat to Mercedes, Verstappen hopes. While he often ran close to the pace-setting W11s this year, Albon in the other Red Bull did not, which allowed Mercedes greater strategic freedom.

Verstappen said last weekend’s Abu Dhabi Grand Prix was one of few occasions Albon was close enough to the Mercedes pair in a race to limit their strategic options.

“In Abu Dhabi I think at the end Alex was quite close,” he said. “Most of the time Mercedes are trying to go for an extra [pit] stop or whatever and then I’m in more difficulties because most of the year when we were quite competitive like this, I was the only car trying to beat them and trying to do something different. But they can always do the right strategy with one of them because they can obviously cover me with one car. So it was always a bit difficult to fight them.”

While Verstappen said he doubts Perez’s arrival will “change anything [in] my performance”, he hopes his new team mate will keep him honest on the track.

“I hope that Checo will be the one first of all, of course, to push the whole team forward. But also keep me on my toes, which is always nice, to have a team mate pushing you, it’s exciting.

“Then hopefully we can, with a bit more of a competitive car from the start, make it just a bit more interesting and difficult for [Mercedes] to make decisions.”