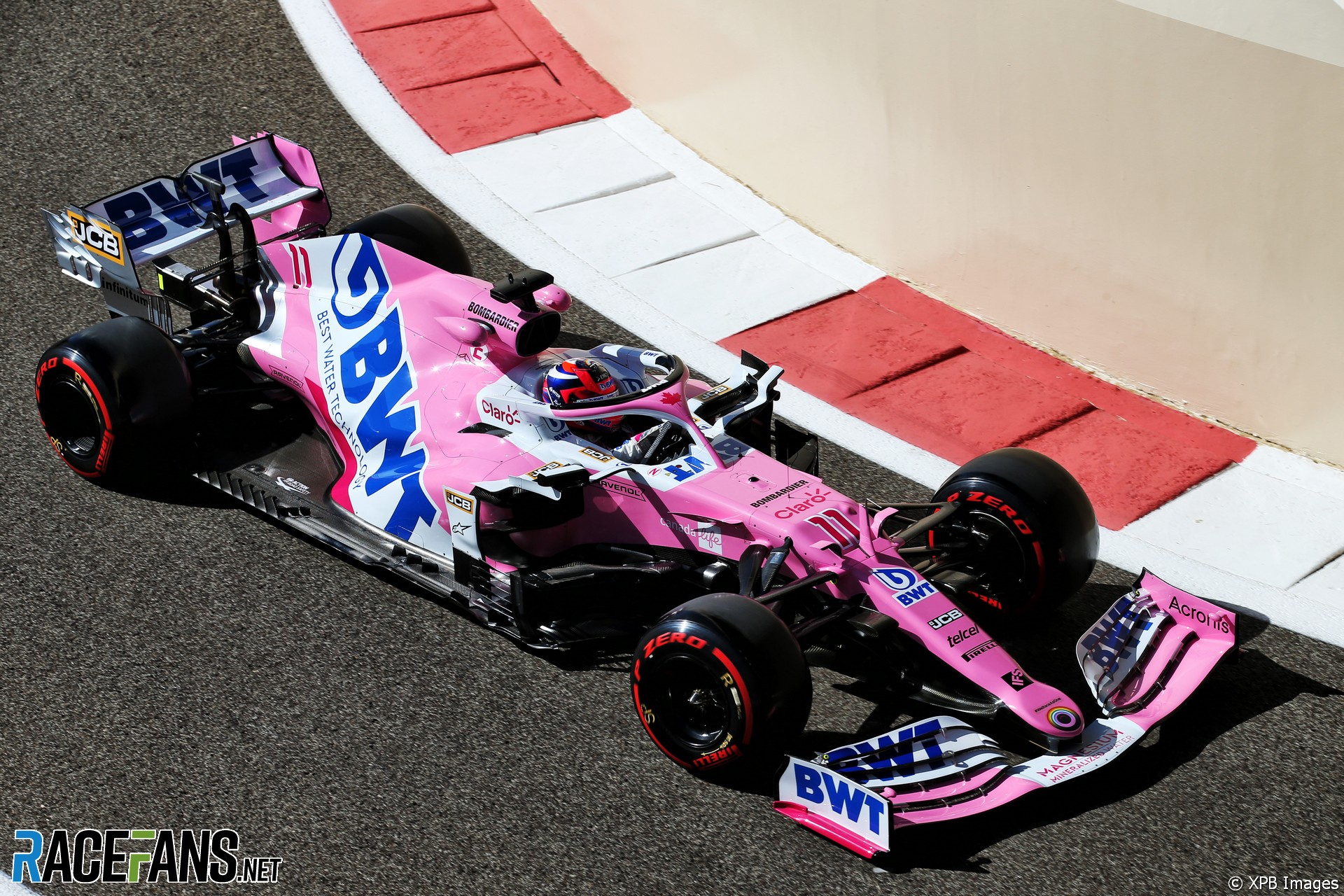 Sergio Perez and Kevin Magnussen have exceeded the maximum number of components they are allowed to use on their Mercedes and Ferrari power units respectively. Both will start the race from the back of the grid.

Last week’s race winner Perez, who suffered an MGU-K fault which caused a fire at the previous round, has had a new engine, turbocharger and MGU-H fitted to his power unit this weekend.

Haas driver Magnussen has taken a new energy store and control electronics for the season finale.

Racing Point CEO Otmar Szafnauer said a problem was discovered on Perez’s engine following his Sakhir Grand Prix victory but he didn’t think there was “a huge risk” it could have cost him the win.

“We deliberated long and hard as to what the risk would be for that powertrain to do an even further race. Time will tell, it’s never a controlled experiment. You don’t know if, had we not taken a new powertrain, that would have lasted. But on the balance of probabilities, we thought it would be best to go with a new powertrain and take the penalty.”

“It might be a little bit more difficult overtaking here but I still think it’s possible and we’ll do the best we can with our starting position.”

Three drivers now have grid penalties for this weekend’s race. Charles Leclerc arrived in Abu Dhabi with a three-place penalty for causing a collision with Perez at the start of the Sakhir Grand Prix on Sunday.