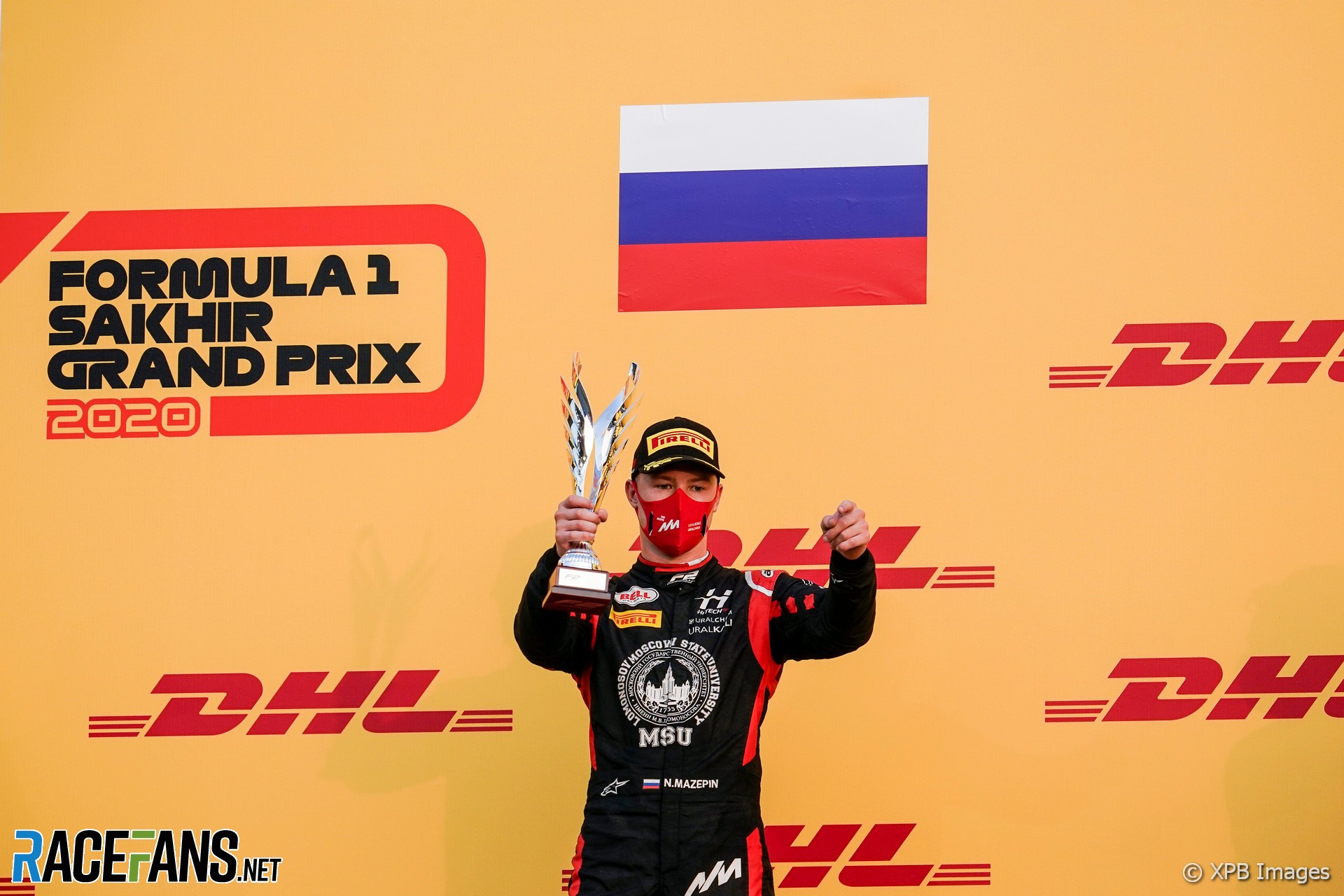 Haas team principal Guenther Steiner says Nikita Mazepin’s two penalties in yesterday’s Formula 2 race shows they have work to do with their new Formula 1 driver for 2021.

Mazepin was confirmed last week as part of a new, all-rookie line-up at the team alongside Mick Schumacher. However he collected two penalties in yesterday’s Formula 2 race, putting him on a total of 11 penalty points, one away from the threshold for an automatic ban.

Although Mazepin’s disciplinary record does not put his F1 debut in doubt, Steiner admits his future driver will have to avoid similar mistakes in future.

“I’ve seen the F2 race, he got the penalty,” said Steiner. “I think it’s part of learning and for sure we have got our work cut out, I guess, I think I’m right there.

“We need to learn from this and see that these mistakes are not done,” he added.

Mazepin’s penalty dropped him from third to ninth in the race. Nonetheless, his final championship position will be high enough to ensure he qualifies for a Formula 1 superlicence.

Steiner admitted the uncertainty over Mazepin’s superlicence has been “an extra headache” but he expected the Hitech racer would qualify.

“When we signed him we knew that there was a little chance that he couldn’t make it. But in the end, you take some risks and you just say, we do it, and then if you don’t get there, we cross that bridge when we get there.”

“I was very confident that he would get it done from his former experience,” Steiner added. “For sure, if [he] would have had an accident [and] he couldn’t drive for a few races, it would have been difficult.

“But otherwise, you look at the other drivers, where they are at and you just decide. But you take a little risk but then it worked our way, thanks God.”