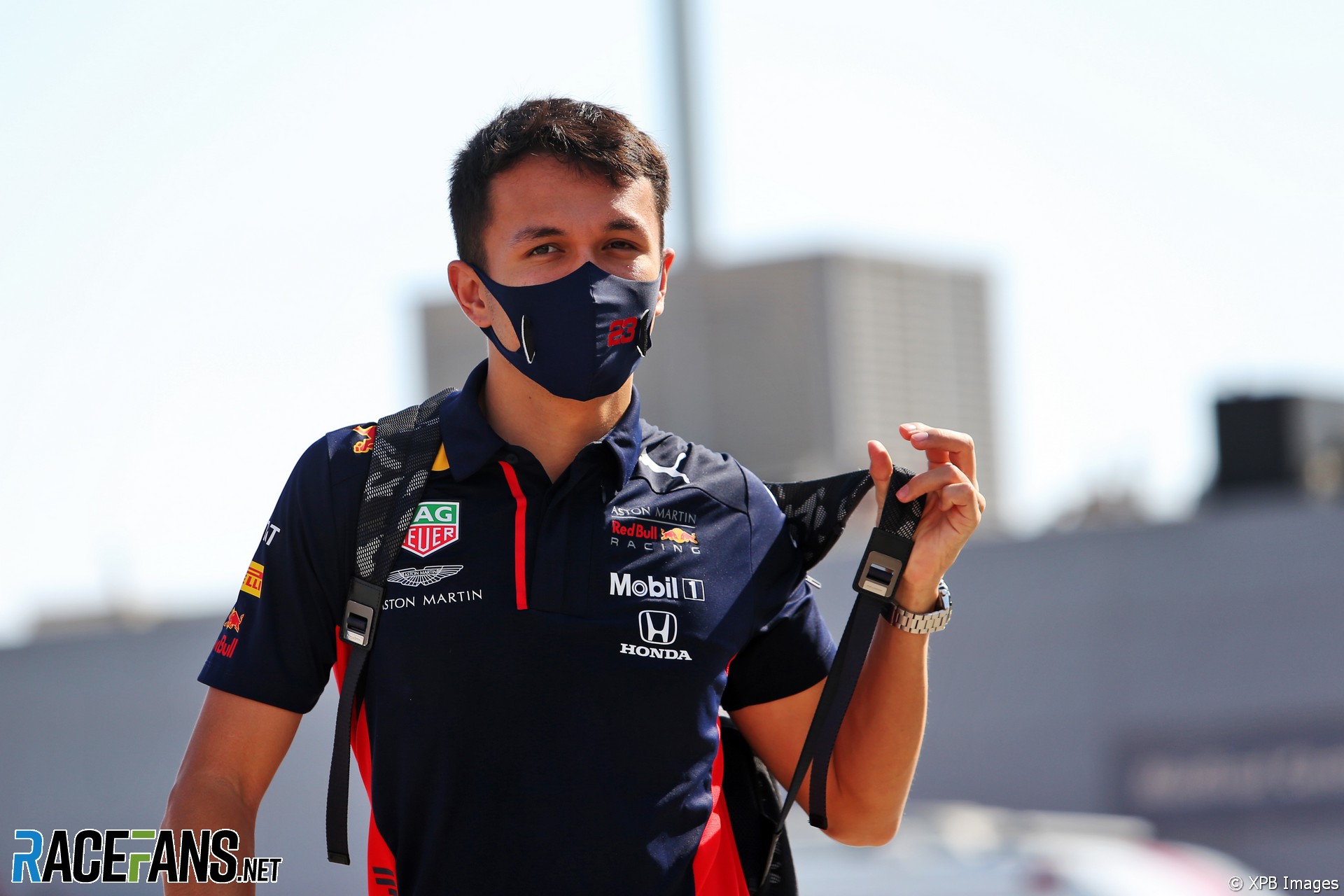 Alexander Albon is unlikely to return to Red Bull’s junior team if he does not keep his seat alongside Max Verstappen next year, according to team principal Christian Horner.

Red Bull are weighing up whether to replace Albon in their line-up for the 2021 F1 season. Verstappen has out-scored him by 189 points to 85 so far this year.

However Horner said Albon’s single lap-pace in qualifying has compared more favourably with Verstappen’s than Pierre Gasly’s did. Albon replaced Gasly in the team’s line-up during last season.

“I think you’ve got to look at how Max has evolved over the last few years,” said Horner. “If you look at his average, Alex’s average is still closer than Pierre’s was last year, to Max.

“We know we’ve had some issues with the car that have made life particularly difficult, which I think we’ve worked hard to address and been addressing so we’re confident that situation will hopefully improve for him and for any driver.

However Horner admitted Albon is unlikely to be on the F1 grid next year if Red Bull do not keep him. The only remaining seats are at Mercedes, who are expected to re-sign Lewis Hamilton, and Red Bull’s junior team AlphaTauri. Horner doubts AlphaTauri team principal Franz Tost will rehire Albon, who made his F1 debut at the team last year, when it was called Toro Rosso.

“I don’t believe he forms part of Franz’s plans for next year so it’s very much a Red Bull seat or a year on the bench,” said Horner.

Horner said Red Bull’s priority is allowing Albon to prove himself worthy of the seat next season, “The focus is on giving him that opportunity. He’s got two races, he did a good job last weekend, his second podium in Formula 1.

“He’s had a good first practice, a good start to the weekend here and two more weekends to demonstrate that he is absolutely the right guy to be in that car alongside Max next year. We’re giving him all the support we possibly can to achieve that goal.”

“Red Bull will think about the driver line-up for AlphaTauri and then they’re going to make a decision,” he said. “Which driver is currently not 100% decided, there’s a discussion between the drivers Kvyat and Tsunoda and in December we will decide.”

23 comments on “Albon has been closer to Verstappen than Gasly was, says Horner”