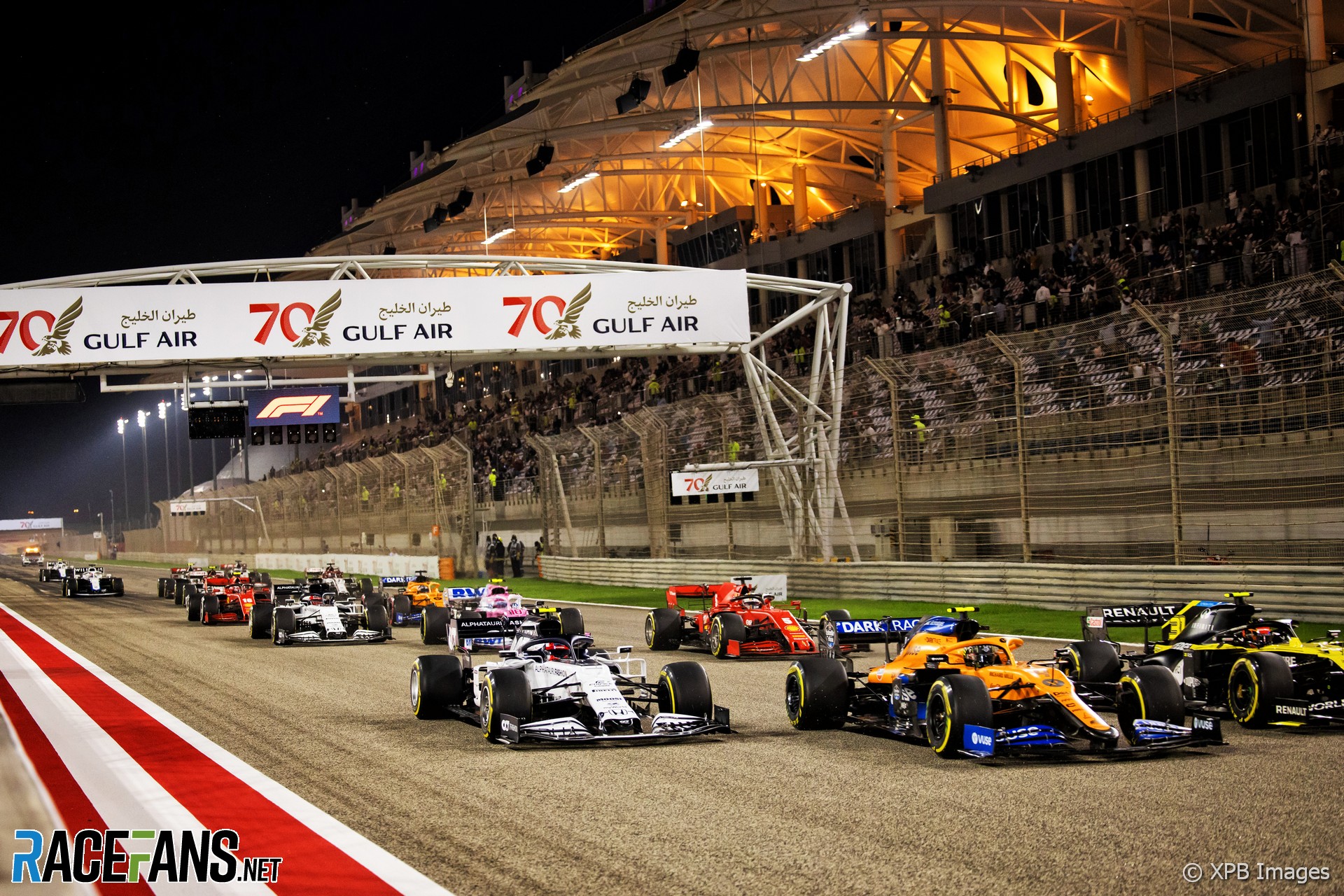 Formula 1 will race at the Bahrain International Circuit for the second week running this weekend, but on a shortened track.

Similar weather conditions to last weekend’s outing are expected for the Sakhir Grand Prix, though the risk of rain seen one week ago is not present in the forecasts for the upcoming event.

Air temperatures should be consistent over the whole weekend. Expect highs of 26C on Friday, Saturday and Sunday. On the first two days it will remain similarly warm into the night, only dropping a few degrees to around 22C.

Sunday, however, is predicted to be less humid and temperatures will fall to around 17C once darkness falls. Overcast days on both Saturday and Sunday could cool the track temperature from what we saw at the previous event, especially on Sunday night.

With the risk of rain negligible throughout all three days, the wind conditions may give teams more cause for concern. The track is in an exposed location with little shelter from gusts.

A medium-speed steady wind, around 11kph, is expected on Friday and Saturday, with occasional gusts of up to 17kph. This will pick up on race day, with gusts potentially as strong as 32kph, and blowing in a different direction, coming from the west.

Several teams have had difficulties with their car balance in gusty conditions. This weekend’s forecast unknowns ahead of F1’s first race on the high-speed, low-downforce Outer circuit.