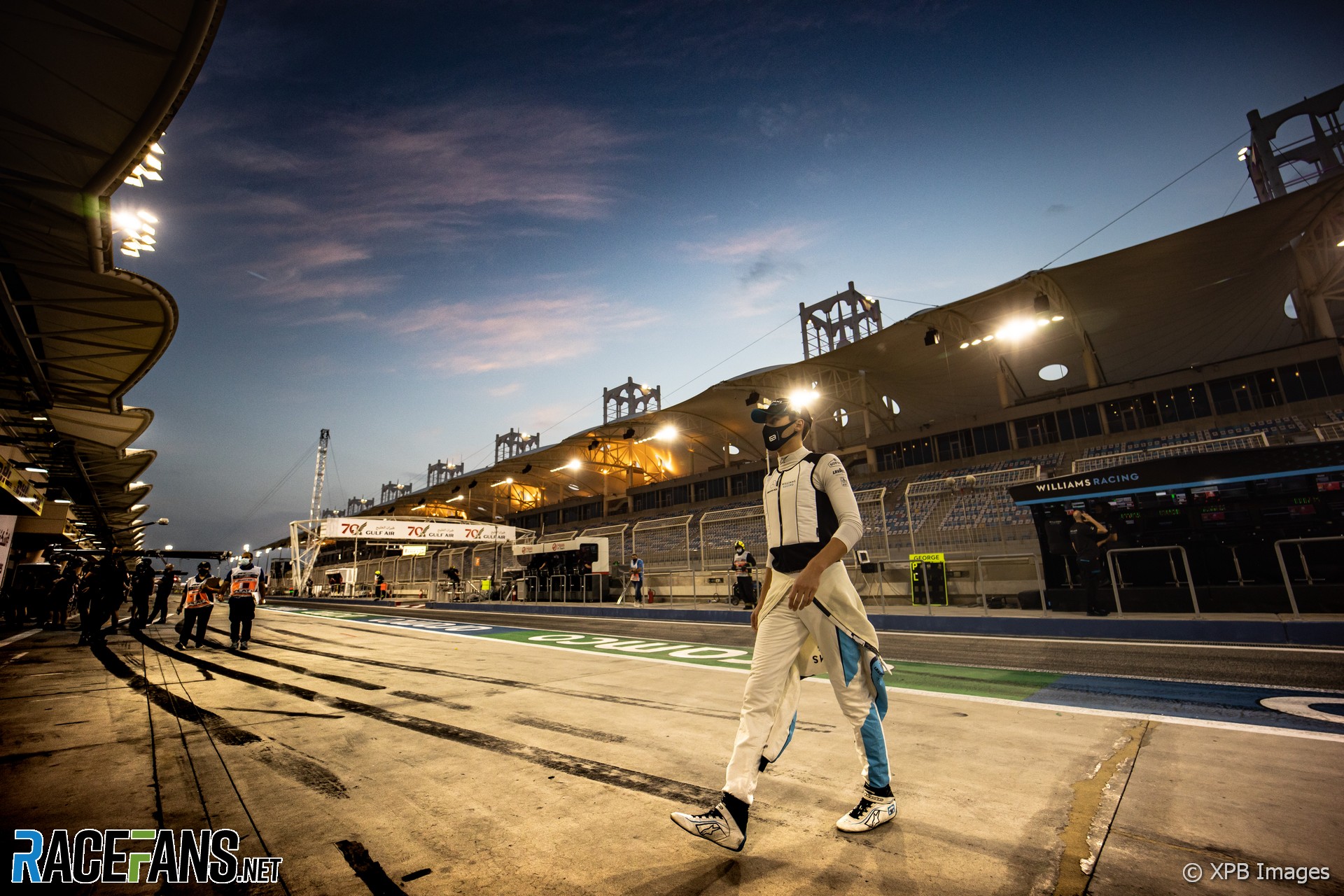 George Russell has finally got the opportunity he has craved since making his Formula 1 debut with Williams at the beginning of last year.

He will slot into the Mercedes W11 of world champion Lewis Hamilton this weekend – a machine which has won 13 of the 15 races so far this year.

The 22-year-old Russell came into F1 having emulated Charles Leclerc’s feat by winning back-to-back championship wins in its two most prominent feeder series, GP3 (now Formula 3) and Formula 2. But while Leclerc progressed from toiling in the midfield in a Sauber to winning races for Ferrari in the space of two years, Russell hasn’t had the same chance to display his skills at the front of an F1 field.

Indeed, last season he seldom had the chance to race anything other than the other Williams, as the struggling team languished far from the pace in a car which wasn’t even ready for the start of pre-season testing.

The 2020 season has been a marked improvement for the team. Russell has reached Q2 more often than not – a total of nine times. The team’s other car has made it there just once, and Russell has further indicated his abilities over a single flying lap by out-qualifying both his team mates to date in each of his 36 race appearances.

Russell will have a different team mate this weekend, however. And Valtteri Bottas will surely view an opportunity for Russell as a threat to him.

Earlier this year Mercedes confirmed the latest in a series of one-year contract extensions for Bottas, keeping him at the team for the 2021 F1 season at least. But does it have full confidence in his ability to lead the team when Hamilton decides to call it quits? After all Hamilton’s previous team mate Nico Rosberg inked a longer, two-year deal in 2016, before stunning them with his decision to retire after snatching the title that year.

While Russell has been selected to fill this short-term vacancy, his gaze is fixed on Mercedes’ next long-term opening.

Mercedes could have gone with the conservative option. In Stoffel Vandoorne it has a reserve driver on hand who could have slotted into the cockpit right away.

In their press release announcing Russell, team principal Toto Wolff made much of the value of his recent race experience. No doubt that has played a role in the team’s decision to elevate him over Vandoorne.

But it also serves as a chance to find out whether the driver who’s shone so brightly at Williams can cope in the maximum-pressure environment of a manufacturer team with an army of staff and a fearsome reputation honed by dominating much of the last seven years of Formula 1.

Bottas has all the advantages of familiarity on his side. With Hamilton benched for at least one race, he goes into the weekend as a clear favourite to win.

If Russell manages to put one over him, he could seriously injure Bottas’s hopes of remaining in the best car in Formula 1.