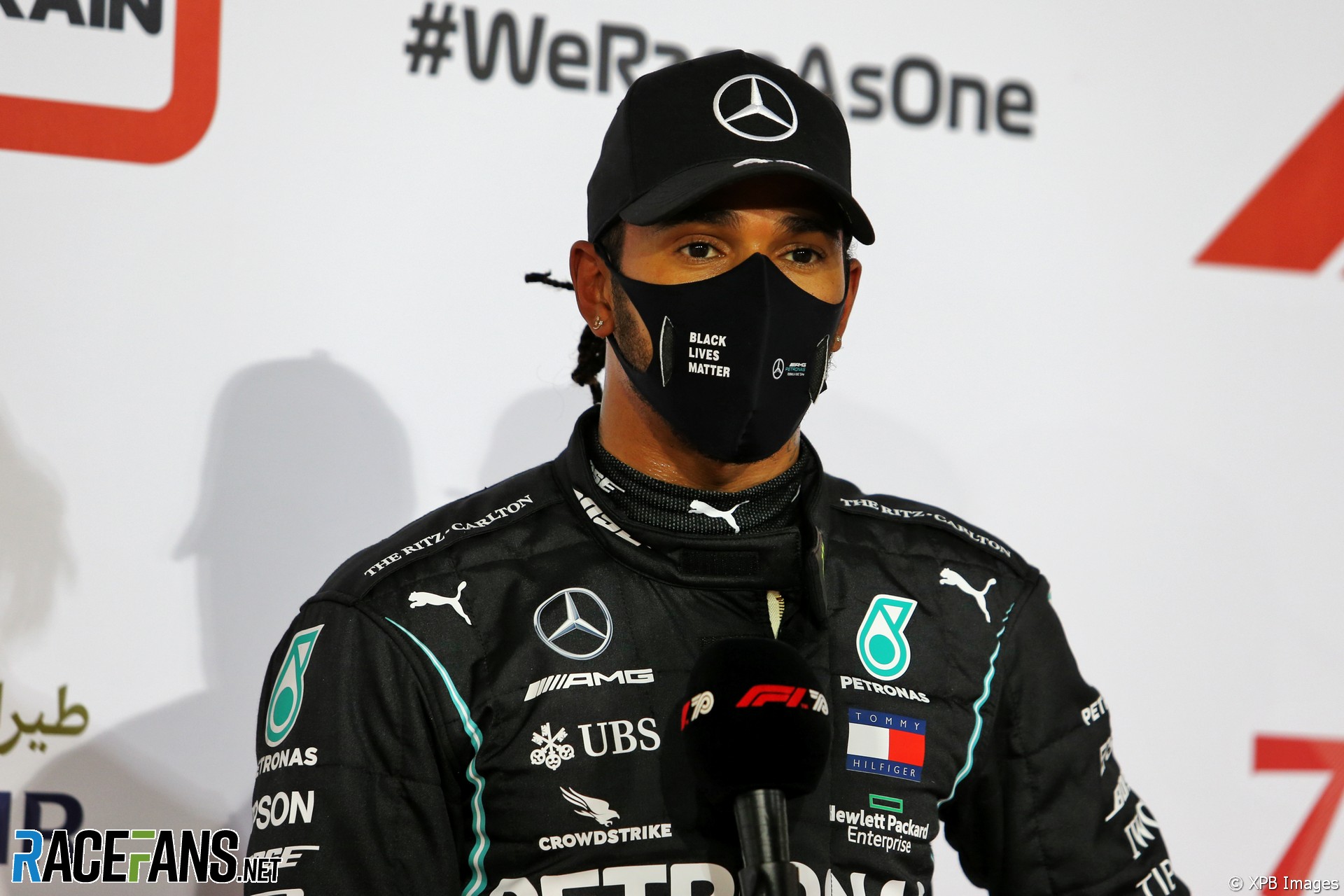 Lewis Hamilton has tested positive for Covid-19, Formula 1 has announced.

The Mercedes driver, who clinched the world championship in the Turkish Grand Prix two weeks ago, will miss this weekend’s Sakhir Grand Prix as a result and may also be forced out of next week’s season finale in Abu Dhabi.

Hamilton tested negative for Covid-19 on Sunday, but after reporting symptoms on Monday took a further test which produced a positive result. This was confirmed by a re-test.

He learned on Monday a person he had been in contact with prior to reaching Bahrain had tested positive for Covid-19. Hamilton, who had also tested negative for Covid-19 on three occasions last week, is now in isolation and according to the team has “mild symptoms” and is “otherwise fit and well”.

Mercedes is yet to confirm who will replace Hamilton in this weekend’s race on Bahrain’s Outer circuit. The team’s reserve driver is former McLaren F1 racer Stoffel Vandoorne, who now drives for Mercedes in Formula E and is testing for them at Valencia today. He was due to join the team in Bahrain this weekend before news of Hamilton’s positive test came to light.

Hamilton is the third driver this year to miss a race following a Covid-19 infection. Racing Point drivers Sergio Perez and Lance Stroll were also forced to miss rounds earlier this year for the same reason.