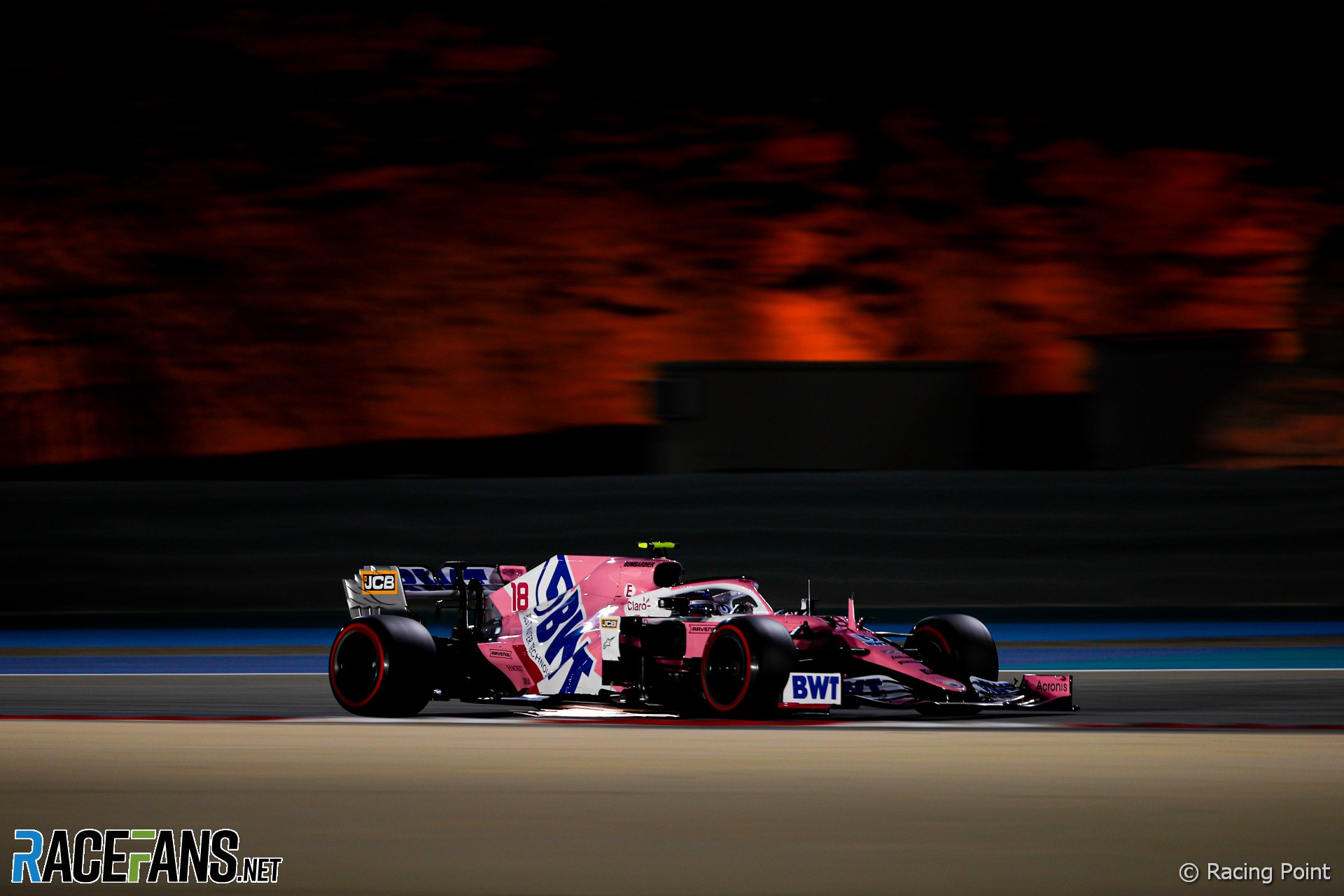 Lance Stroll says he had “no chance” to qualify in the top 10 for the Bahrain Grand Prix after being put on the wrong tyres during Q2.

The Racing Point driver, who qualified on pole position at the last race in Istanbul, told his team “that was a big miscommunication there” as he was pushed back into his garage after dropping out of Q2 in 13th place.

Stroll said he had been left at a disadvantage at the end of Q2 by having to run a used set of the medium compound. He had already driven on his other two sets in Q1 and earlier in Q2, before the session was red-flagged.

After the red flag the team sent him out for a single run on a used set of medium tyres. Stroll was under the impression he would still have time to do another run on new tyres.

“We had the wrong tyres on the car,” Stroll explained after qualifying, “but it was no one’s fault.

“I think there was a miscommunication on timing. I thought we would have had time for two runs. We only had time for one run and it was on an old set of mediums because we used one in Q1 and then we did a lap before the red flag in Q2.

“Then we went back [out] on that same set. So whereas the others had another new set, there was no chance to even get close. Unfortunately, that was a bad call.”

Stroll’s team mate Sergio Perez was able to get into Q3 and qualified fifth. Team principal Otmar Szafnauer said that with hindsight Stroll should have been sent out on a new set of soft tyres to ensure he reached the final stage of qualifying.

“With Lance in Q2, there was a simple misunderstanding brought about by the red flag and shortened session,” he said. “By the time Lance went out on track – on used mediums – there was only time for one run, and no time to use softs as well.

“Had this been more evident, Lance might have run the softs instead. Because Lance had also used a set of mediums in Q1, we didn’t have new mediums available in Q2.”