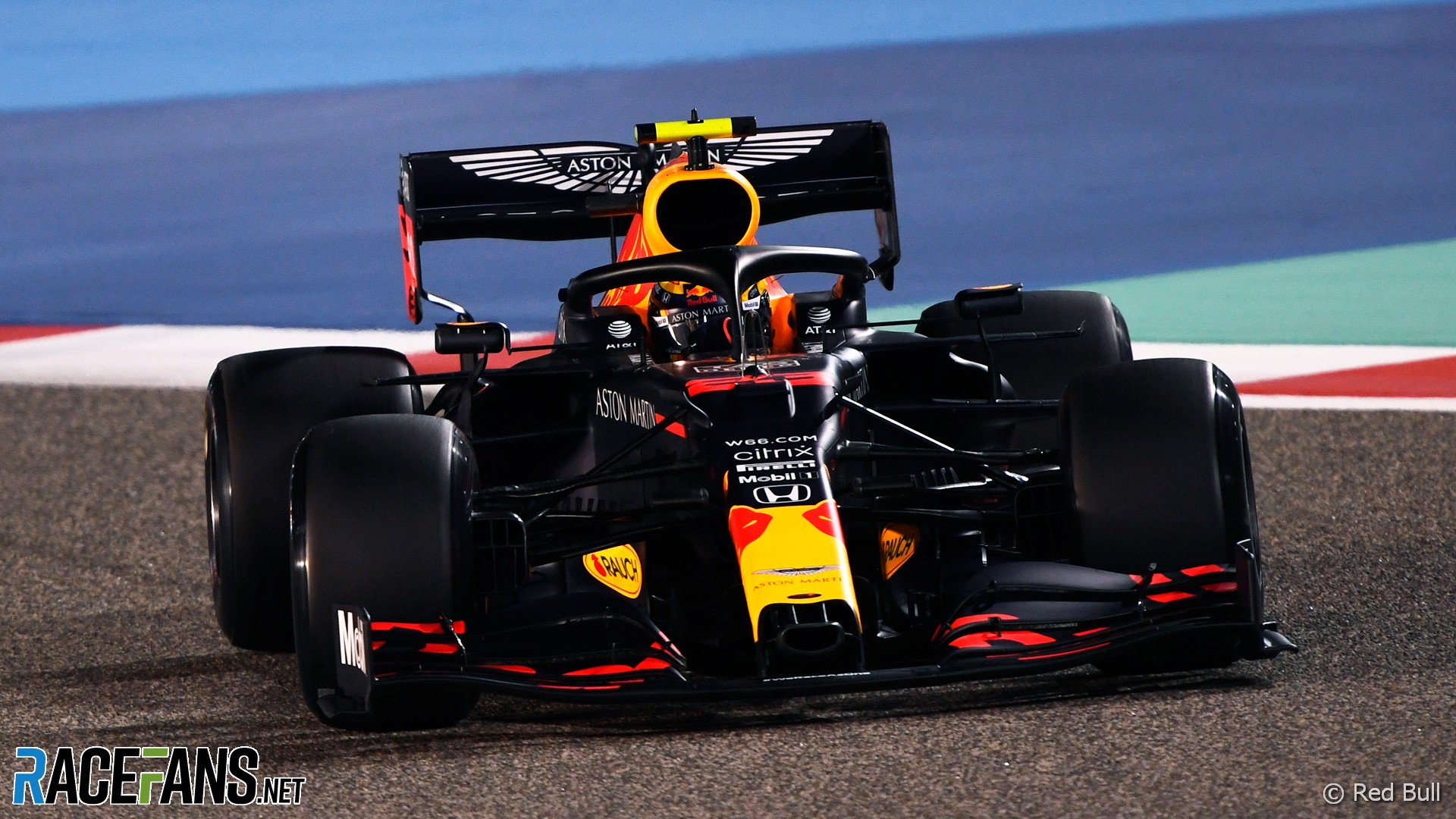 Alexander Albon says he could have avoided his heavy crash during practice for the Bahrain Grand Prix by backing off more than he did when he ran wide.

The Red Bull driver crashed his car at the exit of turn 14. He ran onto the Astroturf on his way out of the corner, then lost control of his car which snapped into a barrier.

“It was just one of those things, I should have pulled out of it really. I was a bit surprised by the lack of grip. Quite a difficult, awkward angle them crashes so not fun. But it’s all good.”

Despite his crash, Albon had been happy with the balance of his car during practice. “It was OK, actually,” he said. “In first practice the car was feeling pretty good straight away. Then in second practice, if anything I tried a couple of things that didn’t quite work out, but actually more on the driving [side], I’m just getting up to speed.”

Red Bull team principal Christian Horner told Sky that Albon’s crash was “frustrating” but that initial inspections indicated it wouldn’t have a significant effect on the rest of his weekend.