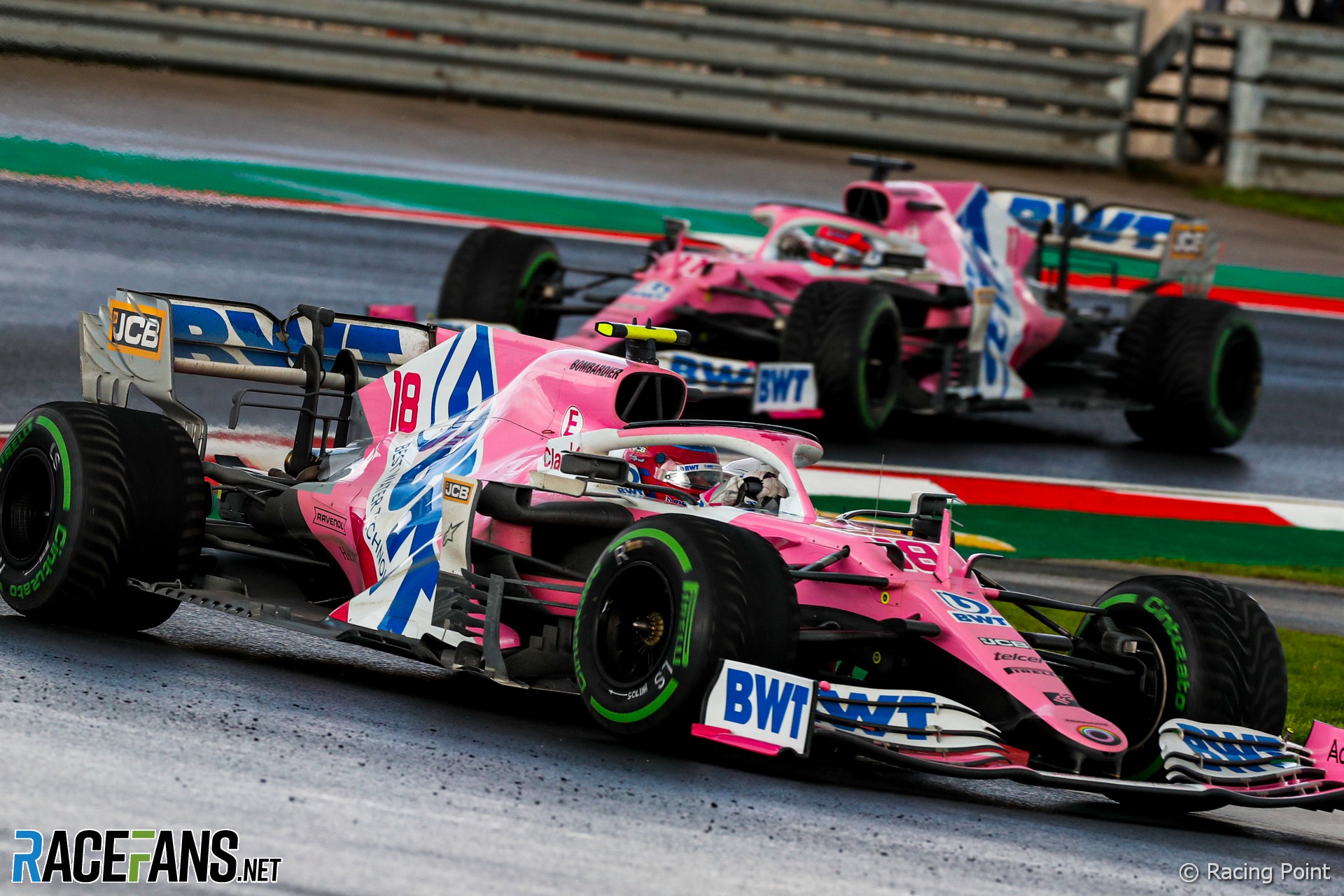 Lance Stroll says he felt an immediate change in the balance of his car after suffering damage while leading the Turkish Grand Prix.

Following the race, Stroll was initially at a loss to explain why he suffered heavy tyre graining and had to make an extra pit stop, which cost him a chance to win. Racing Point subsequently revealed they discovered a damaged strake on the underside of his front wing after the race.

Stroll is believed to have incurred the damage around lap 17. “I felt it immediately,” he said in response to a question from RaceFans, “just a big increase in understeer and a loss of load on the front end. I wasn’t sure if I had damage at the time, though.”

The loss of pace meant he was caught by team mate Sergio Perez, and eventually forced Racing Point to bring him in for fresh tyres.

“I picked up a lot of front graining from lap 20 onwards and I lost my my gap that I had to to Checo,” said Stroll. “So that wasn’t so coincidental.

“I lost that 10 seconds gap or something, that I had. From there when I went onto the new set of inters I had no pace and a lot of understeer and a lot of front graining. So it all makes sense now, looking back at the race.”

Having led more than half of the race, Stroll eventually finished ninth. Despite that disappointment, he was pleased to come away from the race with his first pole position.

“The result wasn’t what we wanted, there was definitely a lot more on the table, but the pole position was really special. And it was great to be leading for the time we did until we picked up damage. We were comfortably in the lead, 10 seconds in the lead, so it was going well up until then.”