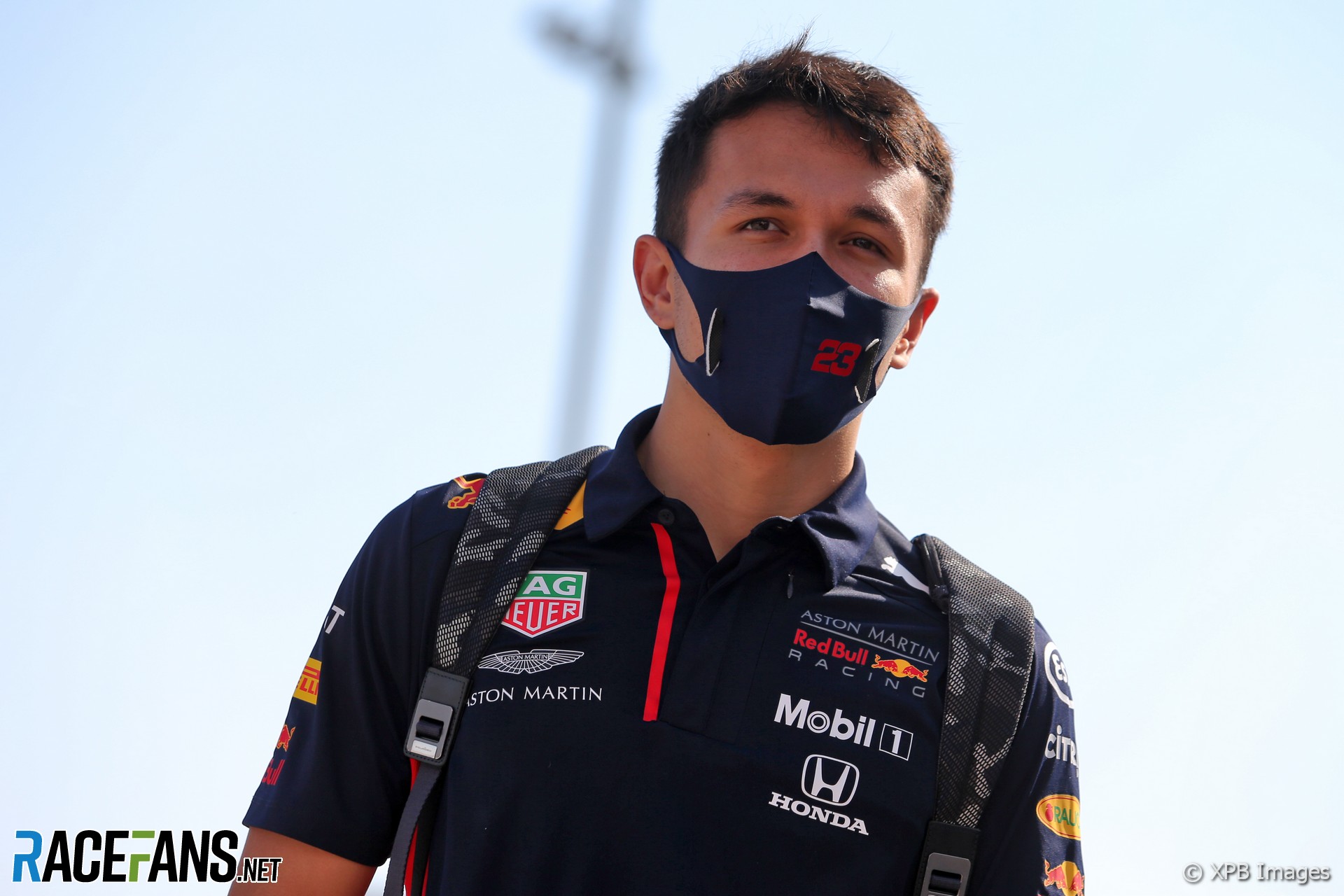 Alexander Albon says he doesn’t have a ‘Plan B’ if he loses his place at Red Bull at the end of the year.

Red Bull is considering whether to replace Albon in its line-up for the 2021 F1 season. Having performed well for the team at the end of last year, Albon has lagged well off the pace of team mate Max Verstappen this year. The pair are separated by 100 points in the drivers’ championship.

It remains to be seen where Albom could go if he loses his Red Bull seat. A return to AlphaTauri (formerly Toro Rosso) could be an option. However Red Bull has indicated Yuki Tsunoda could take the second seat alongside Pierre Gasly at that team next year.

Albon said today he isn’t considering where he might go if he loses his place at Red Bull.

Asked if he had a ‘plan B’, Albon said: “The focus is these three races,” he said, “there’s not really any other thought to it. It’s like everything; most people have a ‘plan B’, but my plan is ‘plan A’ and that’s staying in the team.

“So I’m focussed on that. That’s my goal and I’ll just focus on the last three races.”

Albon has found the Red Bull harder to drive than Verstappen, who has coped better with its sensitive handling. But recent changes to it have helped Albon become more comfortable with the car.

“I would say really [it’s] most probably about confidence in the car,” said Albon. “Driving the car, being on the limit the whole time and consistent with it.

“Especially at the start of the year, we definitely had a difficult rear end and that is getting better. And I think in terms of my feeling with the car, that’s also improving. If it can just feel better in that sense, that’s really the main thing.”