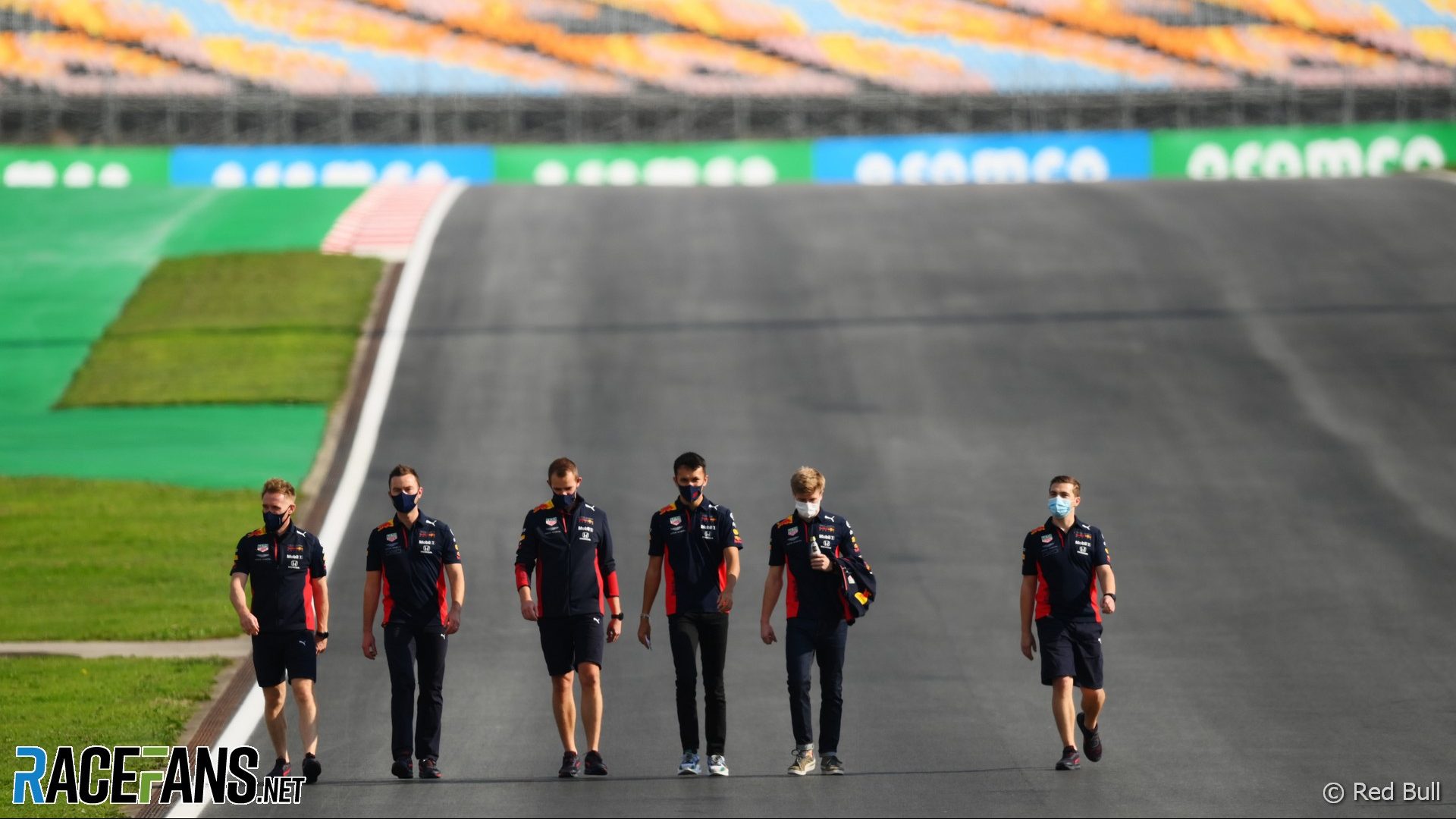 Formula 1 drivers expect they will have to contend with a slippery track surface for the second time in three races this weekend.

The series is holding its first race at Istanbul Park since 2011. New asphalt has been laid in preparation, as was also the case at Autodromo do Algarve three weeks ago.

Alexander Albon was among those who compared the new surface to the Algarve circuit. “On the track walk it looked really, really dirty. It kind of reminds me of Portimao a little bit with these newly resurfaced circuits that we’re going to.

“I thought they were going to bed it in because obviously, in Portimao, drivers complained that there was such low grip. So I thought the plan was to drive around a bit before we came here. But I don’t know if they’ve done that because I saw the Safety Car go around this morning and it looked slippery.”

Carlos Sainz Jnr also expects grip will be at a premium on the freshly-laid track. “It looks very new out there,” said the McLaren driver, “it looks very slippery again, this new surface.

“But from what I’ve seen on the track, the track layout is obviously still the same. The corners and shapes are still as they were ten years ago and that’s going to make it hopefully the same experience and as fun to watch as it was to allow us to drive.”

Very few major races have taken place at the circuit since F1 last races at it nine years ago. But Esteban Ocon is impressed with its standard of upkeep and optimistic the track will produce an eventful race.