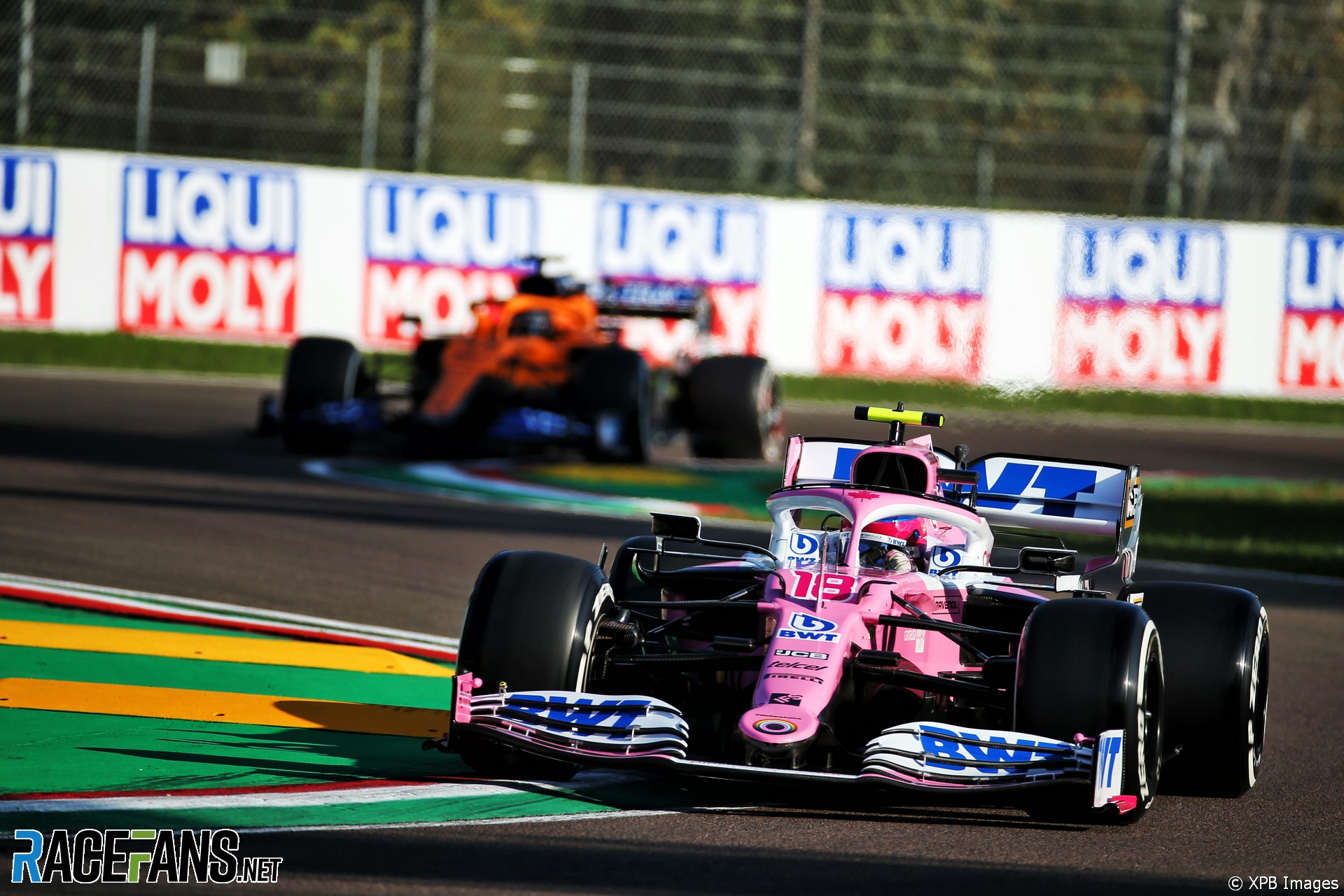 In the round-up: Racing Point technical director Andrew Green isn’t convinced the two-day race weekend format trialled at Imola was a change for the better.

On a sample of one I’m not too keen on it. I think from our perspective, we do use the Friday session to our advantage. We use the running, the learning from the tyres is something that we spend a lot of time preparing for on the Friday, getting the data that’s required on a Friday in order to analyse it on the Friday night to be able to come out on Saturday with the best possible package.

Whether it’s [right for] Formula 1 or not, it felt very different, for sure. It’s difficult to say, really. I don’t want to be one of these people who just doesn’t like change but I didn’t feel as though it was a positive change. It didn’t seem to bring anything to the show, apart from just making everything shorter. And I’m not sure that when we get back to the post-Covid grands prix, whether that’s going to work with two-day weekends with accessing the fans and putting on a show.

"Then came the step up to F2 and the re-introduction of the Schumacher name to a grand prix weekend. This was the biggest challenge of his fledging career and he openly admits that the initial adaptation period 'took a bit longer than I thought it would.'"

"Just 24 cars across four classes, including only a pair of LMP1 cars from Toyota, will compete in the final race of the WEC season."

"We have some new OEM interest in the last weeks or months. And out of all of the OEMs we had in talks (with) or that were in the room with IMSA, FIA and ACO, there is really only one that is no longer in the room."

"Despite important social reforms, such as lifting travel restrictions for women in August, activists remain in jail. They include Loujain al-Hathloul, Samar Badawi, Nassima al-Sadah, and Nouf Abdulaziz, who advocated for women’s right to drive and an end to the discriminatory male guardianship system."

Open letter to our fans (BTCC)

"We hoped to see your return at some point during this 2020 campaign, but as we now know that simply wasn’t possible."

Mercedes deserve praise for their years of sustained success, but it also shows how their rivals have fallen short, says @GeeMac:

Red Bull are, in my view, the best race team on the grid. They are excellent at thinking on their feet strategy-wise, they are imperious in the pits, they are incredible when their backs are against the wall (their 15 minute before a race on the grid car rebuilds are practically a work of art) and they have a real knack of getting the absolute maximum out of nearly every weekend.

Despite the public faces of the team not being everyone’s cup of tea (Horner and Marko in particular), the mechanics and engineers are all proper racers and it really does shine through when you see them on screen over a race weekend. And yet, despite having a good budget, a works engine partner, a crack race team, a genius designer in Adrian Newey and one of the fastest drivers on the grid in Max Verstappen, they haven’t mounted a serious title challenge. I think this is criminal.

Ferrari are Ferrari, they are always hit and miss. But Red Bull have become so good over the last decade that it really is beyond me as to why they haven’t been able to mount a proper challenge, particularly with Honda engines. I put most of the blame for Mercedes dominance at their door because if anyone is going to beat Mercedes, logic dictates that it should be Red Bull. They have all the ingredients. They just need to execute.
@GeeMac