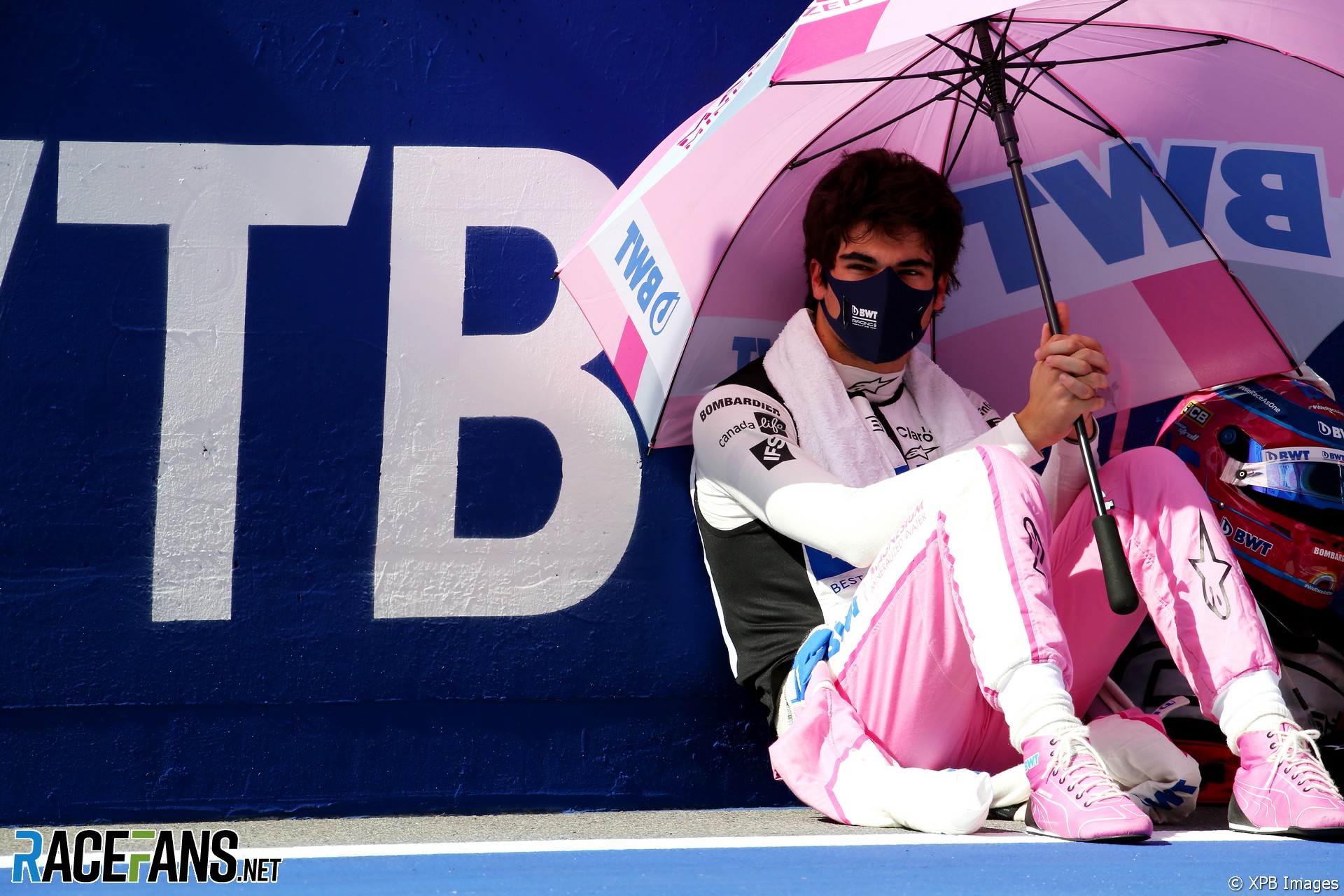 Lance Stroll suffered a “battering” in and out of the car as he failed to score any points over the last five races, says Racing Point technical director Andrew Green.

Stroll has not added to his points tally since scoring the team’s only podium of the season so far in the Italian Grand Prix. He suffered a heavy crash due to a tyre failure at Mugello and was hit by Charles Leclerc on the first lap in Sochi.

He then sat out the Eifel Grand Prix due to illness, which was subsequently confirmed to by Covid-19. Stroll returned in the Portuguese Grand Prix, where he was involved in two collisions with rivals over the course of the weekend. Most recently at Imola he tangled with Esteban Ocon on the first lap, suffering damage and falling to the back of the field.

Stroll’s various setbacks had a cumulative effect on him, according to Green: “He’s obviously taken quite a battering, physically and mentally.

“It was quite a big accident in Mugello so I think that that probably dented his confidence. Then not to be fit for a couple of races, physically – we thought it would take it out of him, it would be difficult at the last race to jump back in and I think that was true.

“Now, mentally, he’s just not where he was a few races ago. I think he needs to get a couple of races under his belt, which is what he’s done now so we can start to move on and get him back on-track again.”

Both Racing Point drivers have contracted Covid-19 during the season – Sergio Perez missed two races in August. However Green admitted Stroll’s recovery has taken longer than the team expected. Stroll reported feeling unwell after the Russian Grand Prix, decided against driving in Germany two weeks later, and returned to racing two weeks after that.

“Obviously he’s not where he was from Monza to where he is now,” said Green. “He’s definitely lost his confidence, which we’re going to have to work on with him over the next week or so, try and get it back again.

“The illness did knock it out of him, that’s something that we hadn’t really foreseen. We’d heard about the length of time it can take to recover from the illness and I think it is taking some time.

“I think he just needs to get that confidence back again and believe in himself again and we’ll get the the Lance back that we had for the first two thirds of the season.”

Stroll is currently 11th in the drivers championship, five places and 25 points behind team mate Perez. With Racing Point in a close battle for third place in the constructors championship, equal on points with McLaren and just one point behind Renault, the importance of Stroll recovering his earlier form is key.

Green said that the stresses of Formula 1 are so high that even a slight setback could knock a driver severely. “It is really, really fine margins, such fine margins here and if you’re not on top of the car and understanding where the tyres are and getting them in their sweet spot, you can be made to look like an idiot. You really can.

“We just need to get him back on-track. We can do that, we’ve got the tools, we’ve got the people. I think half of it probably just needs a bit of an arm around him and a bit of a hug and say, ‘come on, pull yourself together, let’s get on with it over the last few races and try to get back to third in the championship’.

“He’s more than capable of doing it. I just think it’s a bit tough on him at the moment.”