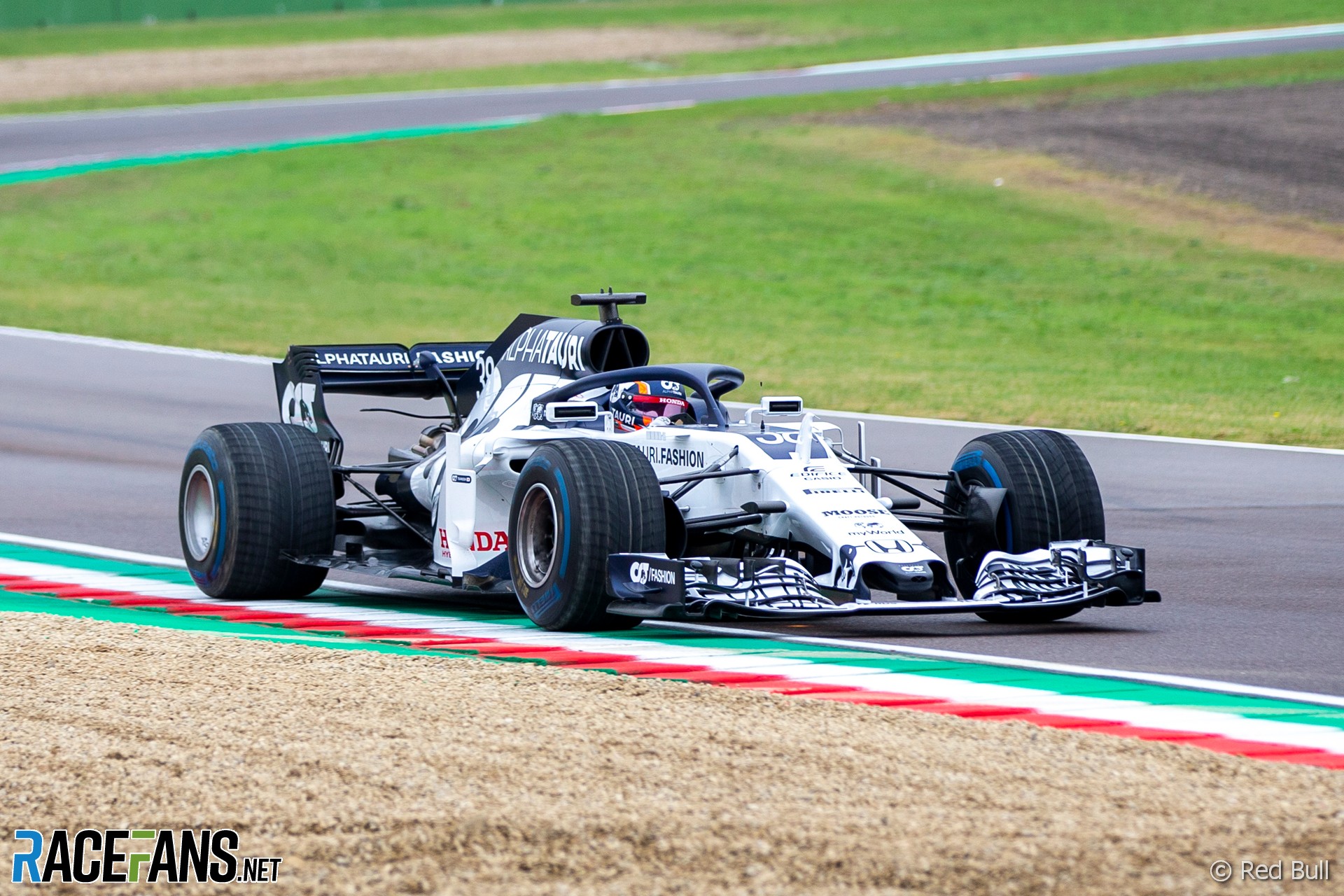 Leading Formula 2 rookie Yuki Tsunoda was astonished by his first run in a Formula 1 car in damp conditions at Imola.

Tsunoda, who is being considered for a promotion to F1 next year, said he was impressed to discover the AlphaTauri generated more grip on a damp track than his F2 can in the dry.

“Even in this rain – the first session was rain – there was really, really big performance,” said the 20-year-old. “I think more than I feel in Formula 2 dry conditions.

“So that was the biggest surprise for today. The second thing is the braking performance in the dry condition was really big, huge.”

“The power, after I went full throttle, it felt like initially big power from the engine, which I don’t feel much in Formula 2,” he added. “The power is more than I expected.”

Tsunoda admitted he found the car even more physically challenging than he thought it would be. “I had quite a bit of confidence that I [wouldn’t] have much tired[ness] for [my] neck because even in Formula 2 I don’t feel much, my neck is pretty strong.

“But after I drove a Formula 1 [car] today I felt it pretty hard, especially in the braking zone, braking performance. I did try to avoid that but still the braking power is more than I expected.”

He said he hadn’t felt “nervous” about his first run, but admitted it felt “special” to watch the team’s mechanics preparing his tyres before he went out.

“When I saw the four mechanics around the tyres, taking off the tyre blankets, that was really cool. I saw that just in the Formula 1 game. I was like dreaming that one day I want to sit there in real life and see how it feels like there. I felt a little bit special when I saw that.”