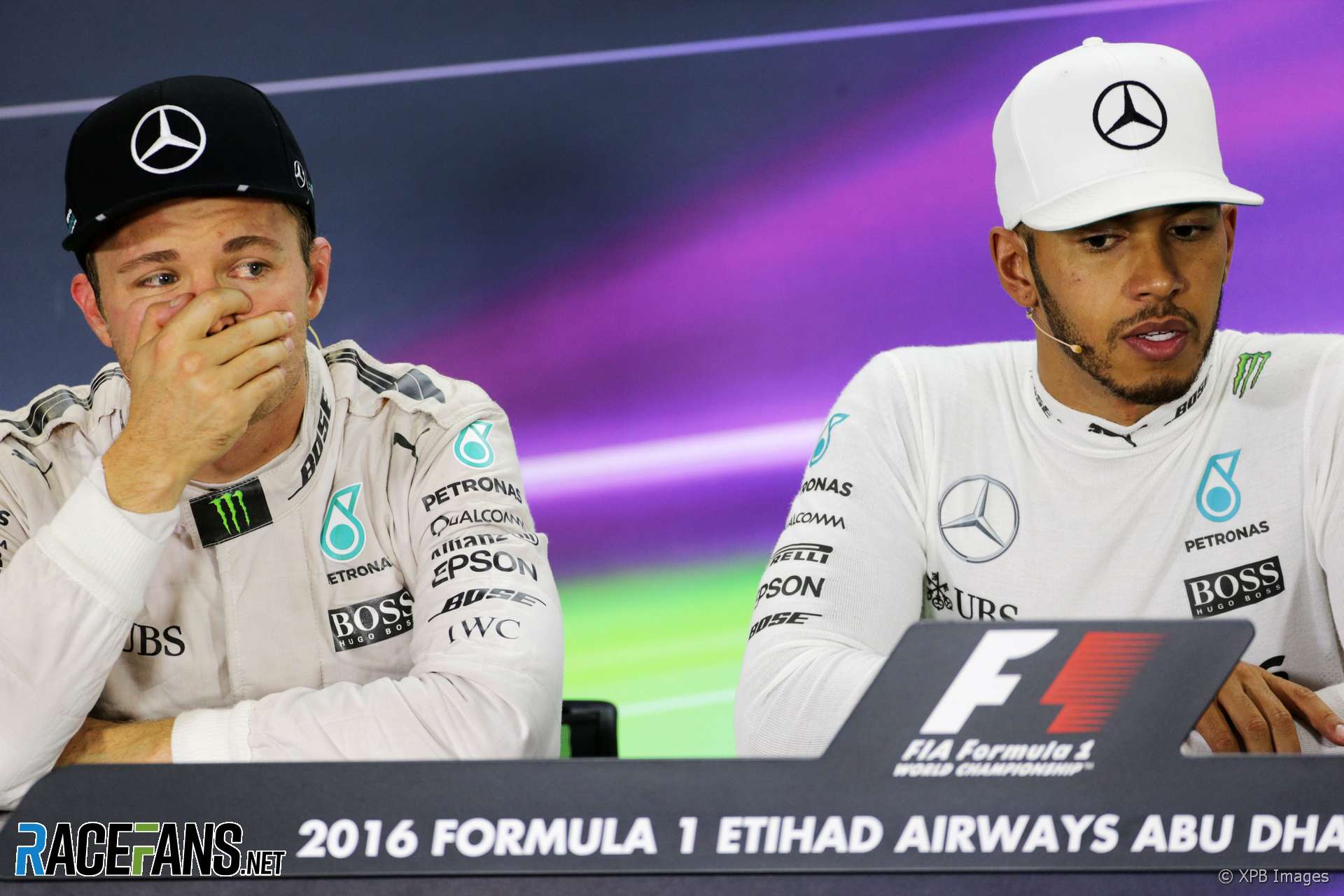 In the round-up: Nico Rosberg says he’s excited to renew his rivalry with Lewis Hamilton – this time for a good cause, as they drive attention to environmental issues.

Nico Rosberg, who announced the launch of his Rosberg Xtreme Racing Extreme E team last week, says he’s looking forward to ‘renewing’ his and Hamilton’s Formula 1 rivalry, this time as team bosses in the off-road electric championship, hoping that the interest in their competition will inspire more awareness for climate change:

I’m so happy that Lewis is joining us as well because we have this gift of having a huge awareness out there and a huge following, thanks to what we achieved in the past and to be joining forces in this, to really raise awareness of the thread of climate change and the damage that it is already doing in the areas where we’re going to be racing, is going to be hugely powerful.

Hopefully to inspire many people to contribute and to do their part in our fight against climate change. At the same time, though, to combine that with renewing our battle on track – in a little bit of a different position, now, being CEOs or founders, that’s awesome.

The paddock and garage build is in full swing at Imola #F1 #EmiliaRomagnaGP pic.twitter.com/RuUSPlYkgV

"What happened in Lonato was serious. A world championship should give a positive image of karting. This kind of event is contrary to the spirit of our sport. It is not an example for young people. I immediately wanted the FIA to communicate on this subject and launch an investigation into these incidents. In Italy, ACI Sport has already taken the first sanctions. The CIK-FIA will also be responsive to these facts. In the end, I think it is important to congratulate the Drivers who have been crowned in Italy in 2020 and to remember their names: Frenchman Jérémy Iglesias (KZ), Italian Simone Cunati (KZ2) and American Connor Zilisch (Academy), without forgetting Israeli Ariel Elkin, winner of the last round of the Academy Trophy."

"'Marcus proved that he belongs here, and this season he contributed to the success of our team greatly. That includes being unselfish to his teammates, especially with Scott Dixon who won the INDYCAR championship. He’s a great foundational piece of our overall program and he fits well within our group. That translates into success on the track, and we’re glad to have him continue to grow and move the team toward into the future.'"

Racing academy: How to learn a track (Venturi Formula E)

"'You can spend all of the time that you want on a track walk but for me, when I’m driving, it feels easier to understand the circuit and more natural.Regardless of our restricted practice time though, learning and prep is still possible and we still gain a wealth of knowledge for the future. 'Surprisingly, you can learn quite a lot from practice even though it’s so short,' added Edo. 'You can find out the level of grip and if your strategy has been well prepared.'"

"'The biggest difference between what I’m used to and Gen2 was the power and how it’s delivered, and the vision with Halo on the Formula E car and the covers over the wheels,” continued Rast. “It changes the way you look through corners as the apex is blocked – it’s not easy.'"

"'I’m excited to be going to Imola right after a race weekend. The last time Formula 1 went there I was only six years old.'"

"Doohan topped the timesheets for the second morning in a row on Day 2, with the quickest time in Jerez, setting the standard at 1:29.041 during a qualifying simulation. Only his teammate Clément Novalak could get close to him, missing out by just 0.0019s."

DaveW wonders if the problem with Red Bull’s second seat might not be who gets it – but who could be convinced to want it:

Horner isn’t exactly selling Albon’s seat to any top shelf driver by stating that it’s an unpredictable, difficult car that only Verstappen can figure out. I don’t know what he’s trying to do. Clearly Albon is not making the grade, but he seems to be saying, it’s the best we can do with a mere mortal driver. But that good enough is not very good.

Even Hulkenberg or Perez would have to think twice about that offer – they might stay on the grid but it might be the last year of their careers. What I don’t hear from Red Bull is any discussion of changing their aero or chassis philosophy to create a more pliable car. Don’t they want two cars up front?
DaveW

49 comments on “Rosberg: Renewing rivalry with Hamilton in Extreme E a “gift” for climate change awareness”