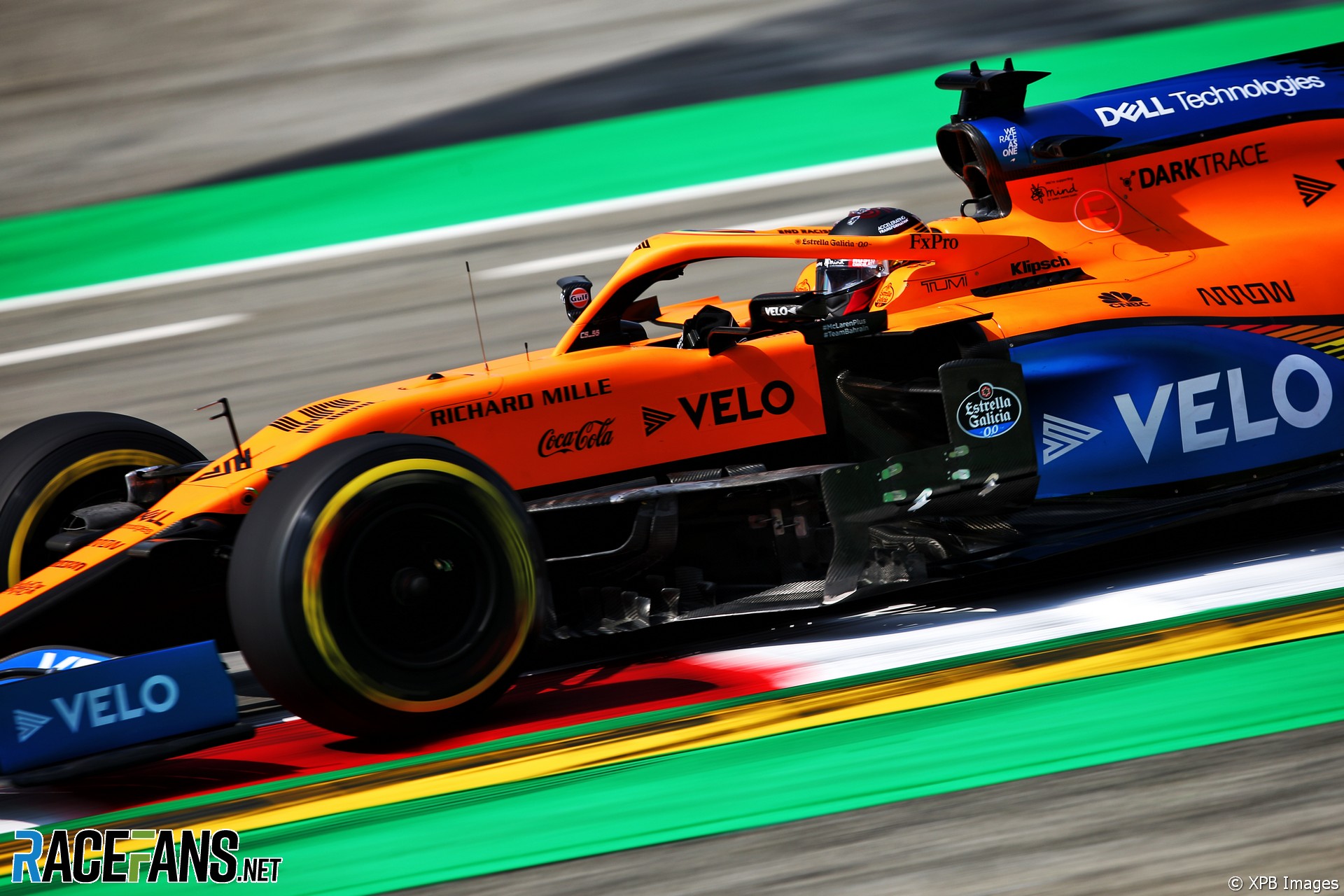 Carlos Sainz Jnr believes the FIA and F1 circuit operators have started to realise replacing gravel traps with asphalt run-off areas was a mistake because it prevents track limits from being enforced.

The Spa-Francorchamps circuit ¬in Belgium has recently announced gravel traps at several corners which were removed over a decade ago will be reinstated in a forthcoming €80 million redevelopment. Lax enforcement of track limits during the qualifying session for last week’s 24 Hours of Spa led to some bizarre lines being driven around the circuit.

“What the guys were doing, the track they were driving has nothing to do with the Spa track that normally we get to drive,” said Sainz. “So it just shows that the circuits, in my opinion, have gone too far.”

Sainz suspects Spa will not be the last track to bring back gravel in order to prevent drivers running wide. “I really think a lot of the circuits that we go to are going to end up realising that, together with the FIA, they made some wrong choices by getting rid of gravel, getting rid of grass, getting rid of the natural things that are on track [preventing] the drivers pushing the limits too far and running wide.

“I hope that Spa serves as an example for the future tracks that we go to that you cannot keep going in the direction that they were going up until now.”

F1 raced at the Autodromo do Algarve in Portugal last weekend which has asphalt run-offs at several corners. Track limits were policed in some areas by timing loops which detected whether drivers had run too far wide. These were adjusted between Friday and Saturday to define the limit of the track as the edge of the kerb rather than the white line around the outside of the track.

Sainz said the revision was “much better” for the drivers to be able to judge how wide they could run. “The white line is too much of a narrow thing for us drivers to calculate at 300kph.

“We simply don’t have the extreme capability of nailing every corner into the white line. There’s always going to be a mistake and you’re going to go a bit further than the white line.

Formula 1 race director Michael Masi agreed there is room for improvement in how the sport polices track limits.

“There’s been various solutions that have been looked at over time, be it the current day with loops, be it different types of kerbs, different types of run-offs, so it’s not a simple solution,” he explained. “If I recall correctly, going back a few years, the debate was about why people weren’t using the track and were exceeding track limits all the time.

“So is the solution that we have here and now ideal, with timing loops? No it’s probably not ideal. But is it the best in the circumstances that we have? It seems to be doing the job quite well.”

One advantage of the timing loop system is “the manner in which it’s been applied is consistent to each and every car” said Masi. “We have always said we will only do it in such a manner that it can be consistent and repeatable with every car going through.

“So it’s an ongoing review of technology, physical solutions, whatever it may be. It’s not necessarily over the European winter that it will be looked at, it’s something that’s already been looked at and is continually being looked at.”