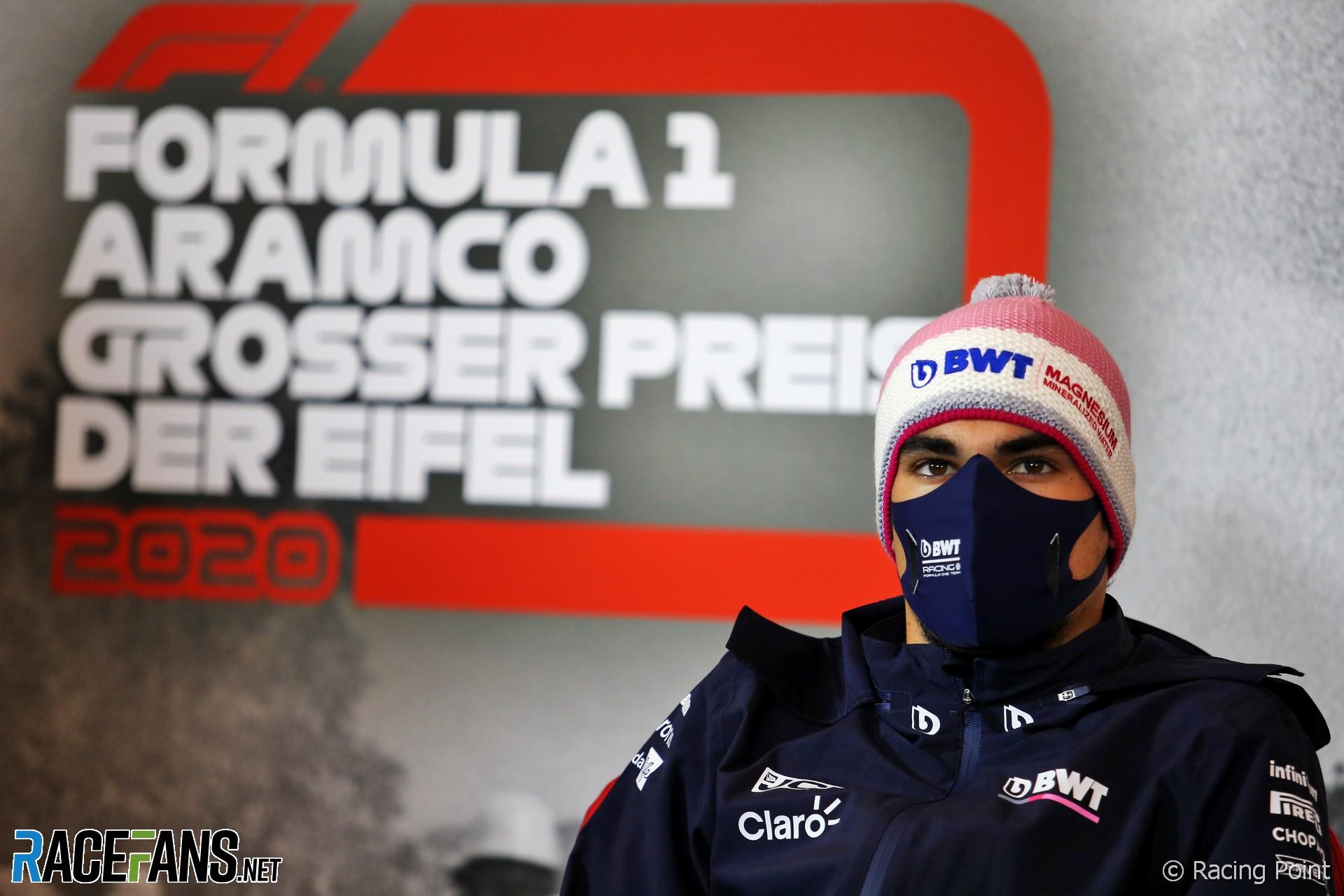 That the FIA’s Covid-19 Code of Conduct was not watertight was exposed by the conduct of Racing Point when its driver Lance Stroll – son of team boss Lawrence – tested positive for the virus away from the circuit, having displayed symptoms in the build-up to and during the Eifel Grand Prix weekend. However, rather than be tested on-site before flying home to Switzerland, the driver dodged around protocols to escape.

That said, when one considers the myriad national laws, policies, conventions and protocols imposed upon FIA and F1 officials to stage events within compressed time frames in far-flung countries during this utterly chaotic period – then factor in the realities of stringent personal data laws – any reasonable person should surely realise that successful implementation of the Covid-19 Code depends on responsible transparency.

That Lance left the circuit environment for his home in Switzerland without being Covid-19 tested on site simply beggars belief – regardless of what his private physician (allegedly) advised – such is the irresponsibility displayed. It smacks of the sort of arrogance the driver is regularly criticised for and the team has, since its takeover, too often displayed.

In asking various F1 folk about the conduct, there were two recurrent comments: That the team feared it would be shut down and moved from the paddock and disqualified from the Eifel Grand Prix, and hence the covert actions; and that the driver (and family) feared he would be isolated in Germany, and hence the need to repatriate him to Switzerland post-haste by private jet.

Protestations that he had not been in close contact with anyone cut no ice: The facts are that he was in the paddock and interview zone on Thursday despite having felt unwell since leaving Russia 10 days earlier. Team principal Otmar Szafnauer spoke of the driver isolating in his hotel; Lance wrote of having isolated in his “motorhome”. Something does not ring quite true – nor were these the only conflicting comments.

Since Racing Point acquired the bones of Force India through administrators FRP Advisory in August 2018 it has found itself embroiled in controversies in every F1 sphere: sporting, technical, commercial, regulatory and, now, Covid-19.

Significantly, it is the only team to have had either driver, let alone both, benched due to the pathogen, while Lawrence Stroll is the only team owner to have tested positive. While there are no suggestions they contracted the virus through neglect, the trio certainly seems to have been rather badly served by coincidence.

Consider some of the other controversies: Sources advise Racing Point settled a long-running dispute with Haas over undue prize money, having entered F1 as new team for legal reasons despite punting itself as a continuation of Force India. The team sits plumb centre in looming litigation over how the sale was handled by the administrators – RaceFans understands the case is scheduled for November 9th in London, and that team executives will be called upon to testify.

Then consider the ‘Pink Mercedes’ case, in which the team was found guilty of breaching rules governing the design of its car’s rear brake ducts. Tellingly, despite robust assertions of innocence from Stroll Snr, the team withdrew its appeal – citing revised regulations which expressly outlaw the practice in future – and the entire saga did the team’s standing no good within the wider F1 community.

The team made several trips to see the stewards in Algarve. On Friday the younger Stroll tangled with Max Verstappen on Friday “while checking his dash”, then copped two five-second penalties during the race. Perez was handed a pair of reprimands which Szafnauer claimed these were the “first in his entire career”, though he in fact already had half-a-dozen, the most recent occuring in Singapore last year.

Such sporting and technical matters could be shrugged off as part of the sharp practices regularly indulged in by all teams and drivers. The Haas prize money matter was resolved privately. The court case has yet to be heard, and may just be baseless, as such litigation often is. A little controversy can be good for business provided it is harmlessly diffused.

The same cannot be said about Racing Point’s handling of its latest Covid-19 case or the conflicting explanations forwarded by the team. An FIA spokesperson told RaceFans “an official warning the same as given to Ferrari and Mercedes [in Austria] had been issued to Racing Point over its breach of protocol, which demands:

“‘Our [FIA] Covid-19 delegate will also receive updates from the [the team] if during the covered event or within 14 days at the end of a covered event any circumstances arise (such as a disclosure by the approved test provider relating to you or reports made by you to the applicable stakeholder) that indicate that you may no longer be fit to attend the covered event(s).'”

Clearly this was a notifiable situation and therefore failure to notify was a breach. Yet during the weekend Szafnauer twice maintained to the media that the team had not received a warning, merely a “reminder”.

This dismissive comment epitomises the contempt displayed by Racing Point’s management towards the Code, which is designed to allay fears governments and regions have about welcoming the F1 circus during this troubled year. A number of senior F1 personalities confided their concerns that this cavalier attitude could destroy the goodwill F1 had worked so hard to generate.

On his return to the cockpit in Portugal, Stroll’s performance was so scratchy it was not unreasonable to wonder whether he had fully recovered. I asked Szafnauer whether his driver might even be suffering from what is known as “Long Covid”, namely symptoms and fatigue despite testing negative.

Szafnauer suggested the errors were due to Stroll having missed a race, and thus being out of it. “It’s hard for me to tell,” he said, “you ask Lance that question and he’s training with his trainer, and his trainer sees no difference and he feels well within himself, so that’s a hard thing to answer.”

Maybe so, but surely some medical advice would be in order, this time from a physician who takes symptoms seriously. Indeed, the FIA should insist on independent tests on all drivers who test positive.

The flaunting of F1’s technical and sporting regulations and/or exploitation of commercial and regulatory structures is one thing; the indifference to the wellbeing of others – such as those Stroll came into contact with, both inside and outside F1, alleged advice from personal physicians notwithstanding – is quite another. The FIA must treat Covid-19 breaches as it does all safety issues – by allowing zero tolerance.

The FIA updated its Covid-19 Code ahead of the Portuguese Grand Prix. Clauses requiring additional on-site tests were tabled on October 16th, five days before Stroll’s announcement. However, the FIA Code cannot be expected to be perfect due the evolutionary nature of the pathogen. Loopholes will arise, which is where plain common sense and a duty of care and responsibility enter the equation.

Accordingly, it absolutely unacceptable for a team to brazenly breach the Code and its provisions in such cavalier fashion, then seek ‘clarifications’ and plead ‘hindsight’ afterwards as with the ‘photocopier saga’. Those components did not place the immediate future of F1 at risk, nor the lives of F1 personnel. Never mind a ‘warning’ or a ‘reminder’; Racing Point should have been suspended from the Portuguese Grand Prix.