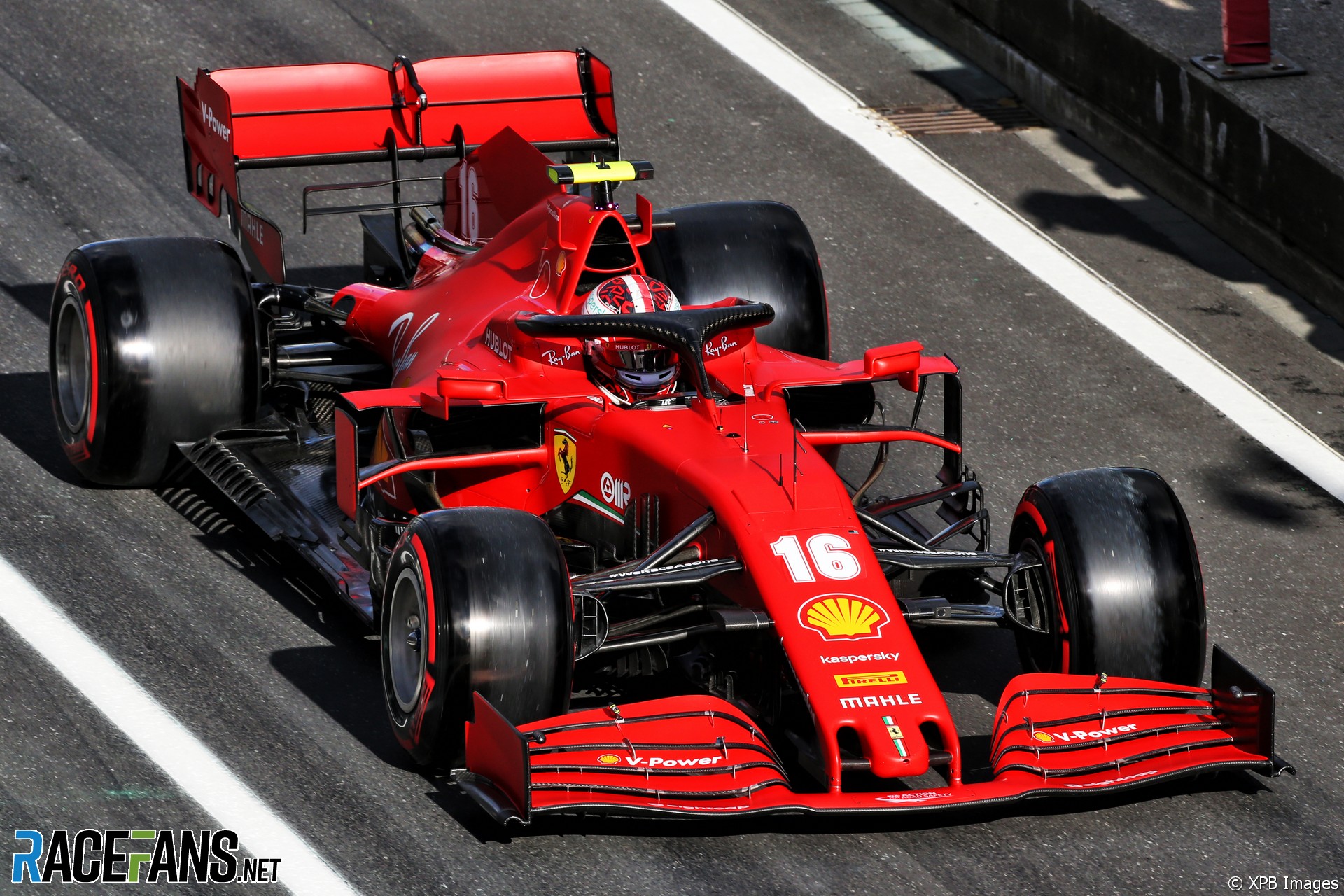 Charles Leclerc is pleased Ferrari stand to benefit from F1’s new aero handicap rules which are due to come into force next year.

The lower each team finishes in this year’s championship, the more aerodynamic development work they will be able to carry out next year on their cars for the 2022 season, which are being built to entirely new aerodynamic regulations. Ferrari have fallen to sixth in the standings – potentially their worst result for four decades – meaning they would be able to do more development than the majority of their rivals.

“I think the scope of this rule was to try and recalibrate a little bit and to help the teams that are struggling,” said Leclerc. “And the fact is that we are struggling at the moment so this can obviously help us in a way.”

However Leclerc he admitted he would rather that Ferrari were in a stronger position this year.

“I would much prefer to be fighting higher already this season. But it is the way it is.

“So for now hopefully we can take a bit of advantage with that and try to recover what we are struggling with at the moment.”

Carlos Sainz Jnr, who will join Ferrari as Leclerc’s team mate next year, is also in favour of the rules change.

“It’s a difficult question to answer because I don’t know exactly how much the wind tunnel regulations work if you finish third, fourth or fifth,” said Sainz, who has six more starts for McLaren before joining Ferrari.

“But I do fully support the new regulations of trying to converge the grid and trying to make sure that the teams come closer together. I think it’s the right direction for Formula 1.

“Whatever happens with this year’s results independently if they have an impact or not in 2021 I think it is the right direction for Formula 1. And the more of that the better, because the most fun the races will be and the more the driver will count instead of their machinery. That now counts too much.”

Sainz’s current team mate Lando Norris said the rules would have suited McLaren better when they were further behind.

“Obviously two or three years ago this is all McLaren would have wanted,” he said. “But I think it’s good to show that we’re in a position where maybe it doesn’t suit us as much as others.”

Like Sainz, Norris supports the handicap rules. “I think it’s good for the sport, it’s good for Formula 1, it’s what we all want.