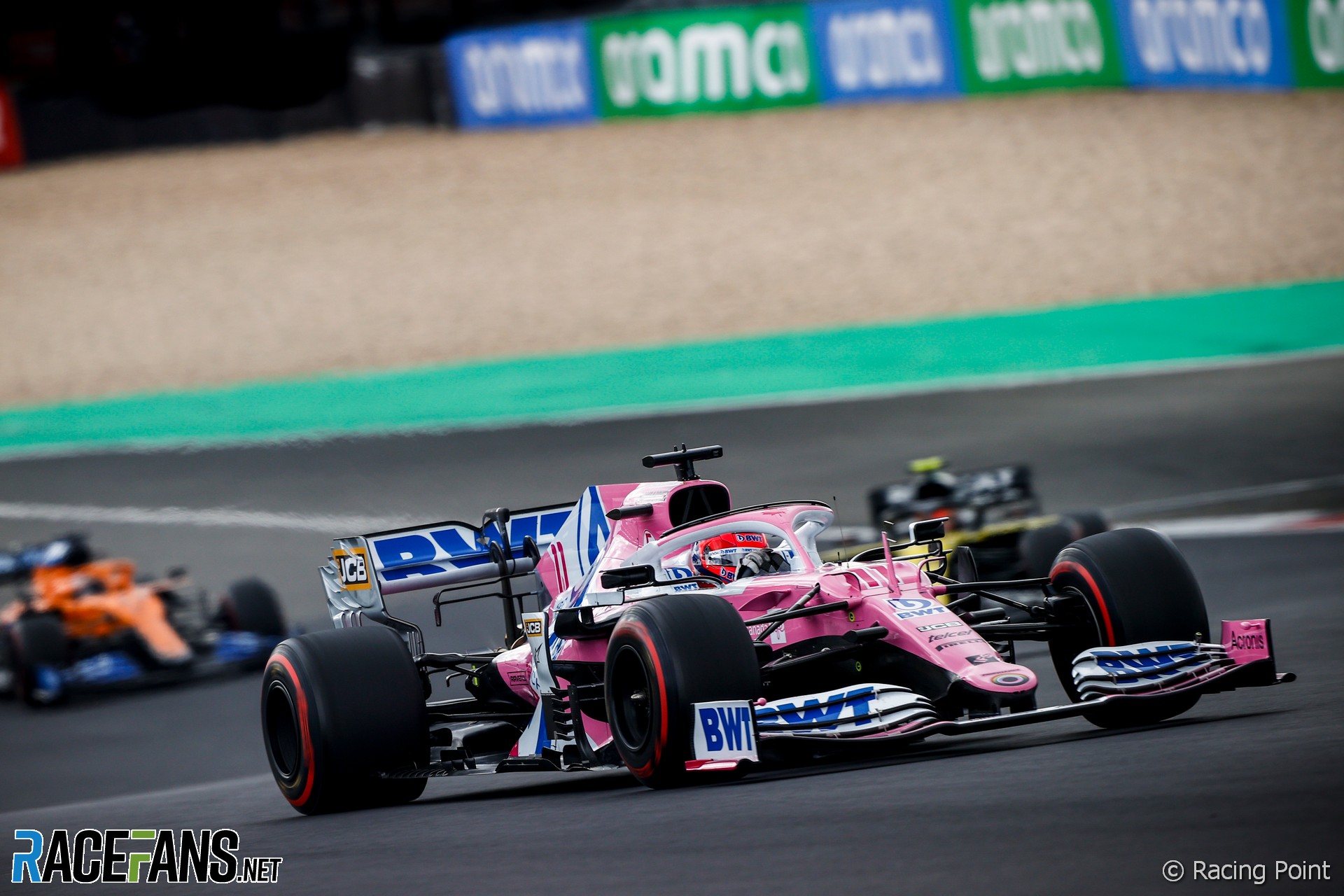 Racing Point believe they can take a best-ever finish of third in the championship if they have a trouble-free run to the end of the year.

The team lies third overall with six races remaining, but rivals McLaren and Renault are within six points of them. Racing Point had a 15-point deduction earlier in the year after they were found to have broken the rules in designing their rear brake ducts.

It has been a rocky four months for the team, who have called on the services of substitute driver Nico Hulkenberg three times. Lance Stroll crashed heavily in Mugello due to a suspected puncture, destroying one of the team’s recently introduced upgrade packages and damaging a power unit, and was taken out of the Russian Grand Prix by Charles Leclerc.

Asked what the team needs to do to hold onto its third place until the end of the year, technical director Andrew Green said: “To stop getting a lot of bad luck, to start with!”

Despite having to call on Hulkenberg again at the Nurburgring after Stroll pulled out of the weekend half an hour before final practice, Racing Point managed to out-score both its closest rivals.

“Something happens every weekend,” said Green. “All we need between now and the end of the season is just to have normal race weekends where we can race the car, set it up normally, just have a normal weekend without any major distractions, and that will give us our best possible opportunity.”

The team recently introduced its one major upgrade of the season. “We pulled together all the updates that we planned to do into a significant update for the car,” Green explained. “That included the front wing, front brake ducts, floor, rear wing end plates sidepods, bodywork. So that was that was a big one, that was the aerodynamic aspect.

Following this step Green is confident the team can put up a strong fight against Renault and McLaren to the end of the year. “It’s going to be a real battle,” he said. “There’s three teams that are just swapping places all the time. It’s going to be a good fun end to the season.”

Racing Point finished seventh in the championship last year and achieved a best position of fourth in its previous guise as Force India. It scored its highest finishing position, third, as Jordan in 1999.